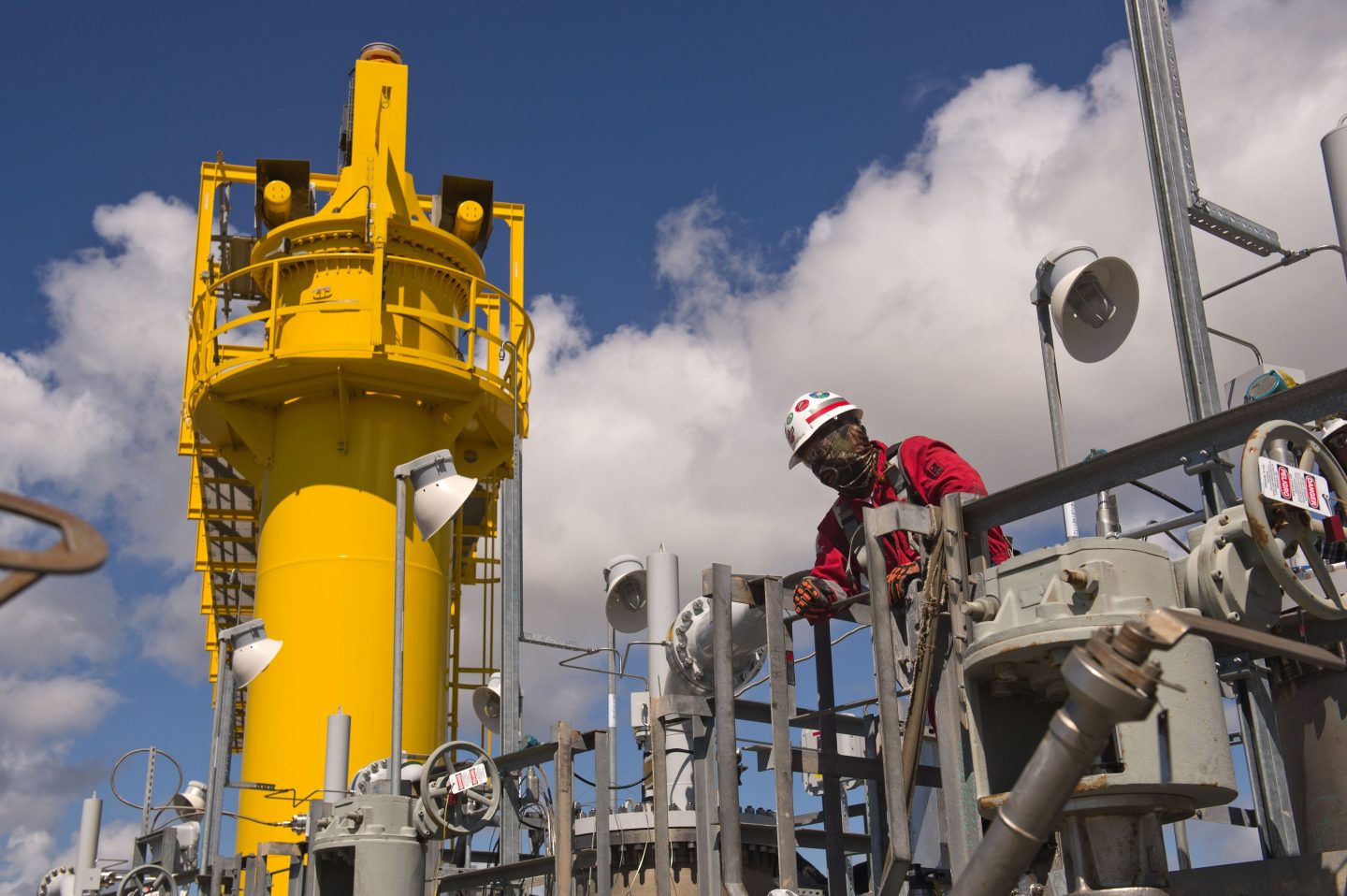 While it’s unclear what lies ahead as Russia invades Ukraine, we know one thing for sure: American energy is a positive force in difficult times, helping to provide stability and security for allies abroad. We continue to see this time and again as events unfold in Europe.

It’s no surprise Vladimir Putin uses energy as a weapon, but as in World War II and other crises, America has Europe’s back. U.S. liquefied natural gas (LNG) export facilities have significantly increased LNG volumes headed to Europe. In fact, U.S. LNG shipments to Europe eclipsed Russian natural gas pipeline deliveries in January for the first time ever.

This is what we mean by “American energy leadership”: using abundant American energy as a positive influence that benefits America’s friends. This is exactly what the world’s leading producer of natural gas and oil should do, especially in times of turbulence.

Our capabilities didn’t spring up overnight. America is positioned to play this role because of our abundant natural gas and our lead in the technologies and innovations needed to develop and export it as LNG. It wasn’t long ago that experts thought America was running out of natural gas. A dozen facilities were built to import it. Thanks to the U.S. shale revolution and the development of modern hydraulic fracturing and horizontal drilling, America became an energy powerhouse. Plans for importing LNG were shelved. U.S. facilities were configured to export LNG instead.

Perfect timing, it turns out. Late last year, as Putin escalated threats against our European partners, America overtook Australia and Qatar as the world’s largest LNG exporter. Experts predict America will surpass all other nations in creating the most LNG capacity by the end of 2022.

The current emergency is front of mind, but American LNG exports are key to a forward-looking geopolitical strategy built around accessible energy that helps nations address any number of challenges. For example, in our country, the increased use of natural gas to fuel power generation was key to U.S. carbon dioxide emissions dropping to their lowest levels in a generation. This has allowed America to become the world’s leader in reducing CO2 emissions, which is key to achieving climate goals and building a lower-carbon future.

Long term, America is by far the best prepared nation to help Europe and others meet energy needs amid international turmoil, while furthering our shared energy security and decarbonization goals. Certainly, President Biden deserves some credit for recognizing, along with European Commission President Ursula von der Leyen, the critical contribution of U.S. LNG exports in the current situation as well as in the upcoming energy transition. The commission’s recognition of natural gas as sustainable for the purposes of investing is another positive development.

Still, not everyone sees the benefits for all involved. Here at home, in the U.S. Senate, some would restrict or halt American LNG exports. They argue that slowing or stopping LNG exports will ease prices here. However, reports from the previous two administrations show that as LNG exports grew, domestic prices stabilized. In fact, during the period that saw the most rapid growth in LNG exports—the second half of 2019, when exports nearly doubled—prices did not rise but actually dropped.

Many of those same senators also favor policies that restrict U.S. natural gas and oil development on federal lands and off our shores for “environmental” reasons, yet a report under the Obama administration shows those restrictions could lead to increased foreign energy imports and higher emissions. These are steps in the wrong direction and must be rejected.

Instead, America should harness its energy abundance to fulfill Europe’s desire to receive more U.S. LNG. The administration can move faster in authorizing additional LNG exports to Europe and should ensure LNG facilities here have the flexibility to increase export volumes if needed. The administration should also broaden exemptions to its own guidance blocking U.S. financial support for natural gas infrastructure projects overseas. European LNG facilities are clearly having a big impact on energy access and development.

Lawmakers should not hinder trade and commerce that both sides want.

Adversity often teaches valuable lessons. As war breaks out an ocean and many time zones away, Americans have been reminded how important natural gas and oil are and will continue to be.

Under the International Energy Agency’s Sustainable Development Scenario, natural gas and oil will furnish nearly half the world’s energy in 2040, even if every nation meets the goals of the Paris Climate Agreement. It’s a moment to acknowledge the noble cause of safely developing America’s resources for our own energy security—and that of our allies.

Mike Sommers is the president and CEO of the American Petroleum Institute.