Corporations, not governments, can create a better world 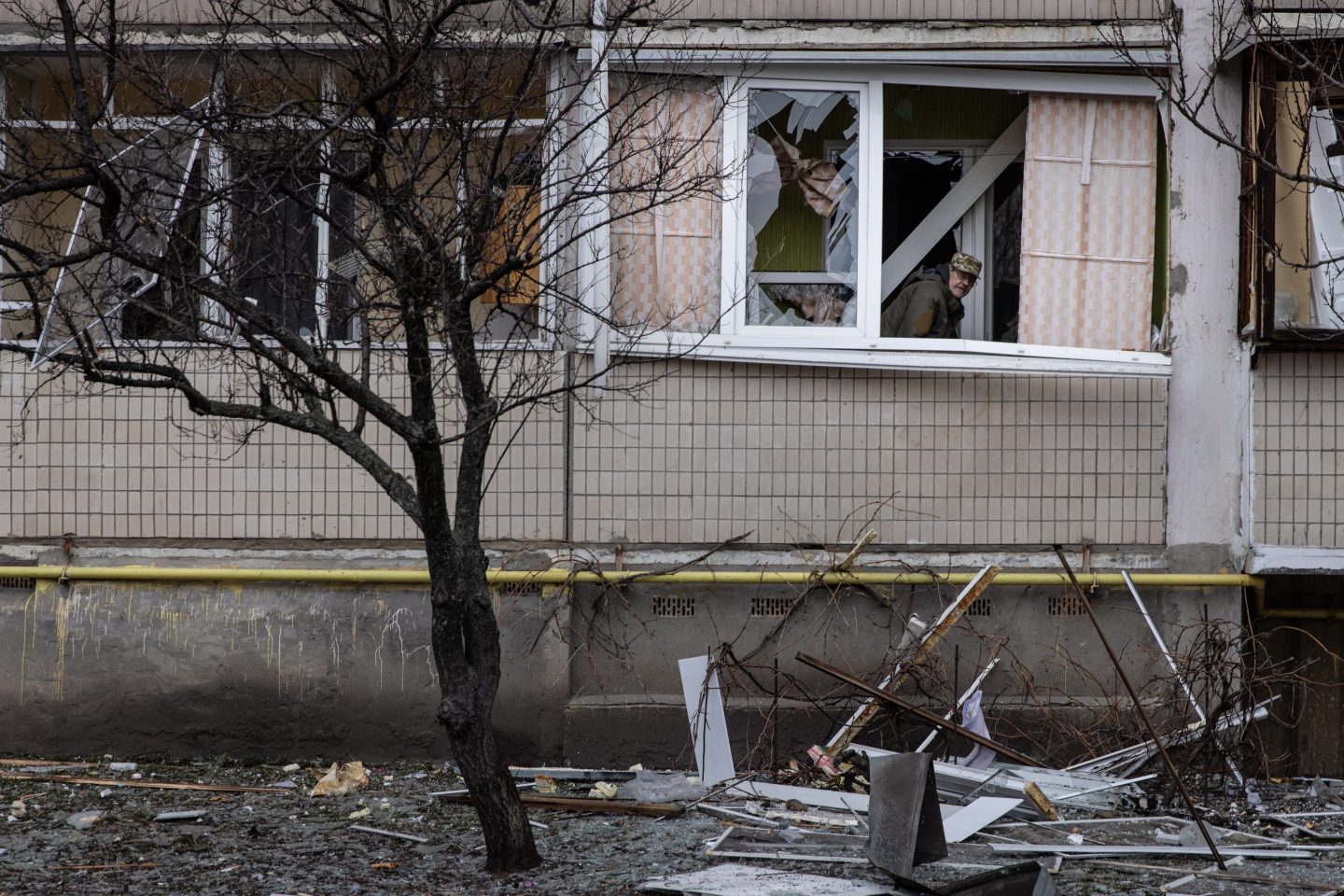 A resident looks out from a damaged window of his apartment in a residential block hit by an early morning missile strike on Kyiv after Russia began a large-scale attack on Ukraine.
Chris McGrath - Getty Images

In the power struggle between corporations and nations, I’m rooting for the greedy sociopaths stealing sovereignty from political leaders–and it’s not because of some Reaganite fetishization of enterprise or because I believe the hagiographies of business tycoons.

Corporations are some of the most reviled institutions in America and a favorite punching bag for populists on the left and right alike, who use “corporate” as a pejorative term. It’s nothing new. In the 1950s, people expressed dislike for the Yankees by comparing them to U.S. Steel.

The animus is not completely undeserved. Many corporations have major faults. They contribute to climate change, addiction, and health crises. Their negligence and greed have killed people and will do so again. They supplied despots with weapons and sponsored coups. They have been ruthless to employees, customers, and communities. For every sin cited by anti-corporate activists, I’m happy to plead guilty on corporate America’s behalf.

Yet when I think of realistically addressing the biggest problems for my kids’ generation–such as climate change, pandemics, hunger, and inequality–I see corporations, not governments (or NGOs), as the likelier agents of change.

Corporations and their investors are becoming more committed to a better tomorrow, while most nations are paralyzed and unable to deal even with their own existential challenges. Whether a business sells to consumers, hires young talent, or tries to attract capital, success is increasingly constrained by a need to create demonstratable positive social impact. Impact data is getting better, greenwashing harder, and execs in charge in many companies, including at RampRate are accelerating their efforts.

Meanwhile, the world’s nations marked 15 consecutive years of increased authoritarianism–and the U.S. its worst year for voter suppression. A war of global consequences has begun in Ukraine. If corporate security was breached for five years, as was the U.S. political debate by Russian disinformation, would they give the hackers a stern talking-to without fixing the vulnerability? If a business saw an existential crisis looming, would it do absolutely nothing about it? Of course not–but that’s exactly what our paralyzed and ineffective governments are doing while corporations are reinventing themselves with the DAO and PBC governance structures.

As easy a punching bag as corporations are, their mistakes have less collateral damage. The body count difference between purely private sector sins and government-led and complicit malfeasance is several orders of magnitude. This will not change in an impact-driven world. An unjust firing is bad–but it’s not unjust imprisonment. Cringeworthy training sessions are not reeducation camps. Cancellation is not execution. The path to a better world through corporate action will be less painful than a revolution or a war.

It’s time to reclaim the word “corporate.” Today, it stands for greedy, short-sighted, and sociopathic. In a generation, it could stand in for enlightened, responsive, and responsible–but only if we ensure higher standards of accountability in all our roles–as consumers, investors, and employees.

Seek out and use the data that measures real impact and not just outputs or dollars spent. Use that data to choose what and where you buy. Make that decision public. This is not just virtue signaling, it reminds Big Business spying on you through social media that impact matters.

When looking to address a big social problem, don’t just write to your congressperson–contact your latte vendor. More than 80% of us can’t meaningfully replace our political representatives but suppliers can be changed.

When choosing your next job, assess the employer’s commitments to change and their follow-through. Doubly so if you’re a superstar getting recruited by a dozen companies.

When John Lennon said, “imagine there’s no countries,” he didn’t include corporations. Maybe someday we’ll even wind up in the Diamond Age, where we select governments like we select employers or vendors–and that wouldn’t be the worst of futures.