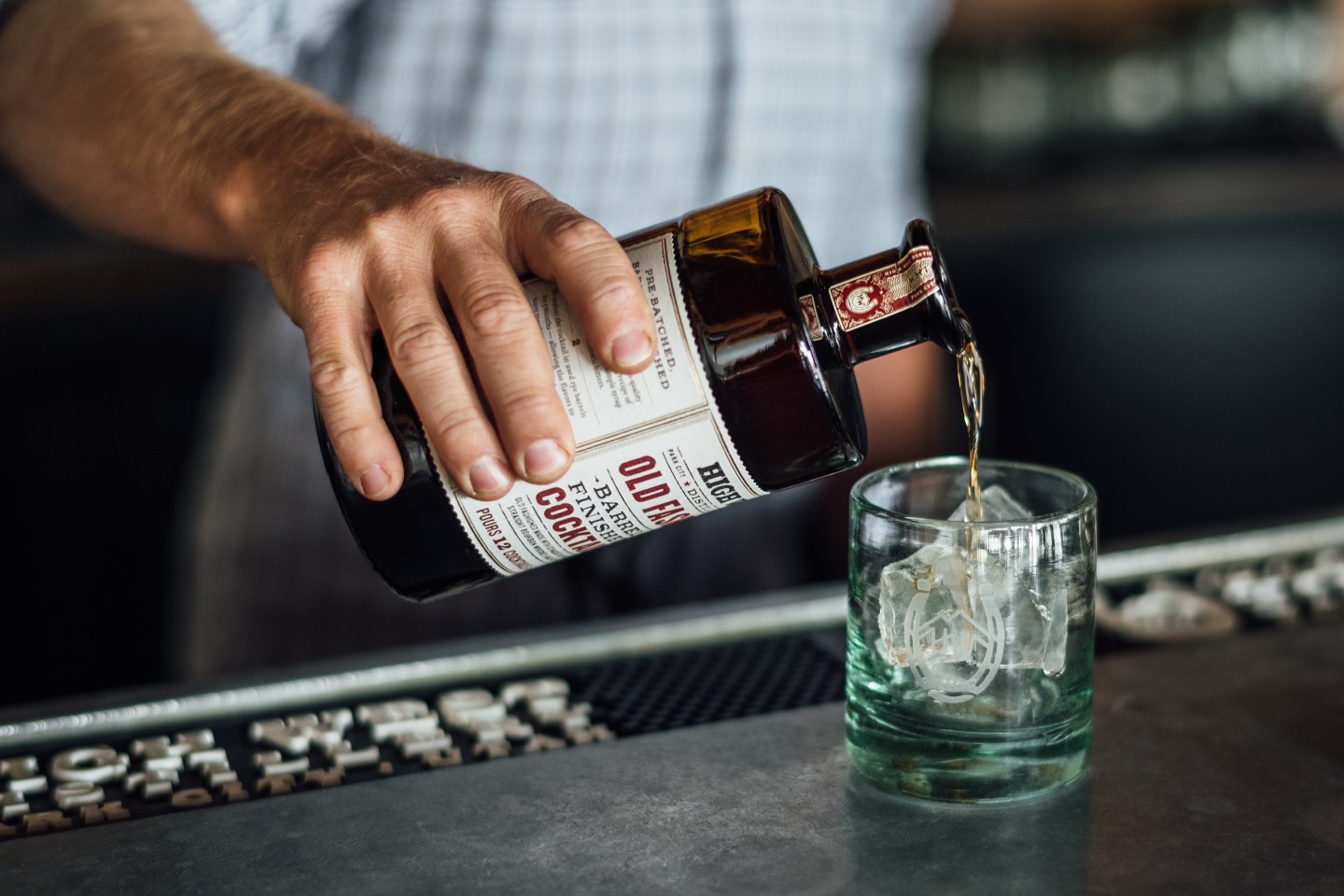 It was the summer of 2018 when Mallika Monteiro stormed into CEO Bill Newlands’s office in upstate New York, where he leads alcohol purveyor Constellation Brands.

She gave a straightforward and startling pitch: Women led-businesses generated twice the revenue per dollar invested versus the average non–women-owned business, and yet only 2% of venture capital funding went to female-led companies. Monteiro, executive vice president and chief growth, strategy, and digital officer, thought Constellation Brands should do something about it.

“We believe it is critically important to invest in the communities we serve, while providing capital to audiences that were undercapitalized for way, way too long,” says Newlands. He frames his case for why these investments are needed in personal terms: “I have a daughter, and I think she’s very talented. And it would bother me to no end if she couldn’t get the opportunities that I’ve gotten.”

And while Monteiro says she didn’t exactly “storm” into Newlands’s office, she shares his sentiment about much-needed representative change in the industry. “We want to bet on…an untapped market of great ideas, founders building interesting and disruptive brands,” she says. “It was the easiest yes I’ve ever gotten for any pitch I’ve made.”

Constellation Brands’ history began in 1945, when founder Marvin Sands began selling bulk wine in upstate New York. Three-quarters of a century later, it has grown into a global business, importing Corona and Modelo beers from Mexico, Svedka vodka from Sweden, and Kim Crawford wine from New Zealand, while producing wine and whiskey closer to home.

Dealmaking has transformed Constellation into a far more complex and comprehensive business than it was in the early days when it booked just $150,000 in annual sales. It has deployed a pace of acquisitions and divestitures nearly unrivaled in the global alcohol beverage category. Brands like Black Velvet Canadian Whisky and Paul Masson Grande Amber Brandy have been sold off, while Constellation has scooped up brandy maker Copper & Kings, Empathy Wines, and whiskey distiller High West, creating a more top-shelf portfolio that aligns with a yearslong consumer trend to trade up to more expensive drinks.

Over the past five years, Constellation Brands’ net sales have leaped 32% to $8.6 billion, while net income totaled nearly $2 billion in the latest fiscal year. The heady growth helped Constellation Brands reach No. 359 on the Fortune 500 list for 2021, its highest-ever ranking.

The deal that has been perhaps the most transformative was Constellation’s $4.75 billion purchase of Grupo Modelo’s U.S. beer business eight years ago. It was a side deal that allowed rival Anheuser-Busch InBev to buy the international assets of Grupo Modelo, which makes Corona and its namesake beer. Constellation has full control of the beers stateside and can innovate around those brands as it pleases for U.S. drinkers.

“The beer business has been a great growth driver,” says Newlands. Mexican-made beers benefit from marketing toward the growing Latinx population in the U.S. but have also made inroads among other demographics. Corona is Constellation’s star performer, but Modelo and even more recently, Pacifico, have made inroads among non-Latinx communities.

Corona Hard Seltzer is gluten-free and only 90 calories per can. It’s available in four flavors: pineapple, strawberry, raspberry, and passion fruit.
Courtesy of Constellation Brands

Within its smaller wine and spirits businesses, Constellation has bought higher-end brands like High West, the Prisoner Wine Company, and Meiomi. It has innovated around those brands, including a Meiomi Cabernet Sauvignon, bourbon barrel–aged wines from Cooper & Thief, and multi-serve, pre-batched High West cocktails.

“If you extend your core power brands intelligently, and don’t do things that are the antithesis of what the brand stands for, you really have the chance to fill more consumer needs,” says Newlands.

Constellation has also swung for the fences in some bigger deals like the company’s multibillion-dollar investment in Canadian cannabis producer Canopy Growth. But one deal proved too frothy: Constellation spent $1 billion on craft brewer Ballast Point, selling it for a pittance just four years later.

“The entire craft market changed about two days after we invested,” says Newlands. Craft beer trends began to favor smaller, hyper-local brands, not the larger players like Ballast Point that aspired to go national. The craft industry has struggled of late, suffering its first volume decline ever in 2020, even as other alcoholic beverage categories grew during the pandemic. “We work hard to make sure they [acquisitions] all work, but if you never swing the bat, you’ll never hit the pitch,” he adds.

Looking ahead, expect Constellation to shake up its portfolio with more deals. It recently acquired Empathy Wines to better position the business for the shift to direct-to-consumer sales. An acquisition of a minority stake in Booker Vineyards is a bet on the Paso Robles winemaking region in California.

There are also shifting consumer trends to deal with. Even before the pandemic, consumers were drinking more alcohol during the day and less likely to be out late club- or barhopping. Those trends accelerated during the COVID-19 pandemic and will likely continue. Constellation sees particular promise in a so-called third premise—not the industry standards of drinking at home (off premise) or in restaurants and bars (on premise)—but in backyards and at parks and beaches. This change in behavior helps explain why sales continue to be so explosive for hard seltzers and canned wines. And why Constellation has launched new offshoots like canned Svedka Vodka Soda and lower alcohol, lower calorie Kim Crawford wines.

But Newlands and Monteiro especially light up when asked about Constellation’s investments in businesses founded by women and minority entrepreneurs. So far, Constellation has inked seven deals as part of the Focus on Female Founders initiative, with investments in Austin Cocktails, Catoctin Creek, and Press Premium Alcohol Seltzer among them. In May, it made its first investment under the Focus on Minority Founders commitment, partnering with La Fête du Rosé.

Constellation can help these entrepreneurs in palpable ways, such as introducing their brands to national retailers and distributors and providing them with insights from internal experts in supply chain, operations, marketing, and sales. And consumers benefit, too. Take the example of Black-owned La Fête du Rosé. Founder Donae Burston built the brand on the concept that too many rosés were marketed exclusively to women. He wants to reach a wider audience, and Constellation thinks his business strategy is spot-on.

“People like to see themselves in anything, and that’s what we’re trying to do with La Fête du Rosé—create an exceptional liquid and brand that’s focused on reaching a wider audience,” Burston proclaimed when the deal was announced.

Constellation’s venture investments could fuel even more deals for the company. A majority stake in or full acquisition of these brands is always a possibility.

“The infusion of capital is certainly helpful, because a lot of these entrepreneurs are just not getting in the door to make the pitch to get capital and grow their businesses,” says Monteiro.

Adds Newlands, “We can do good and also do good business.”