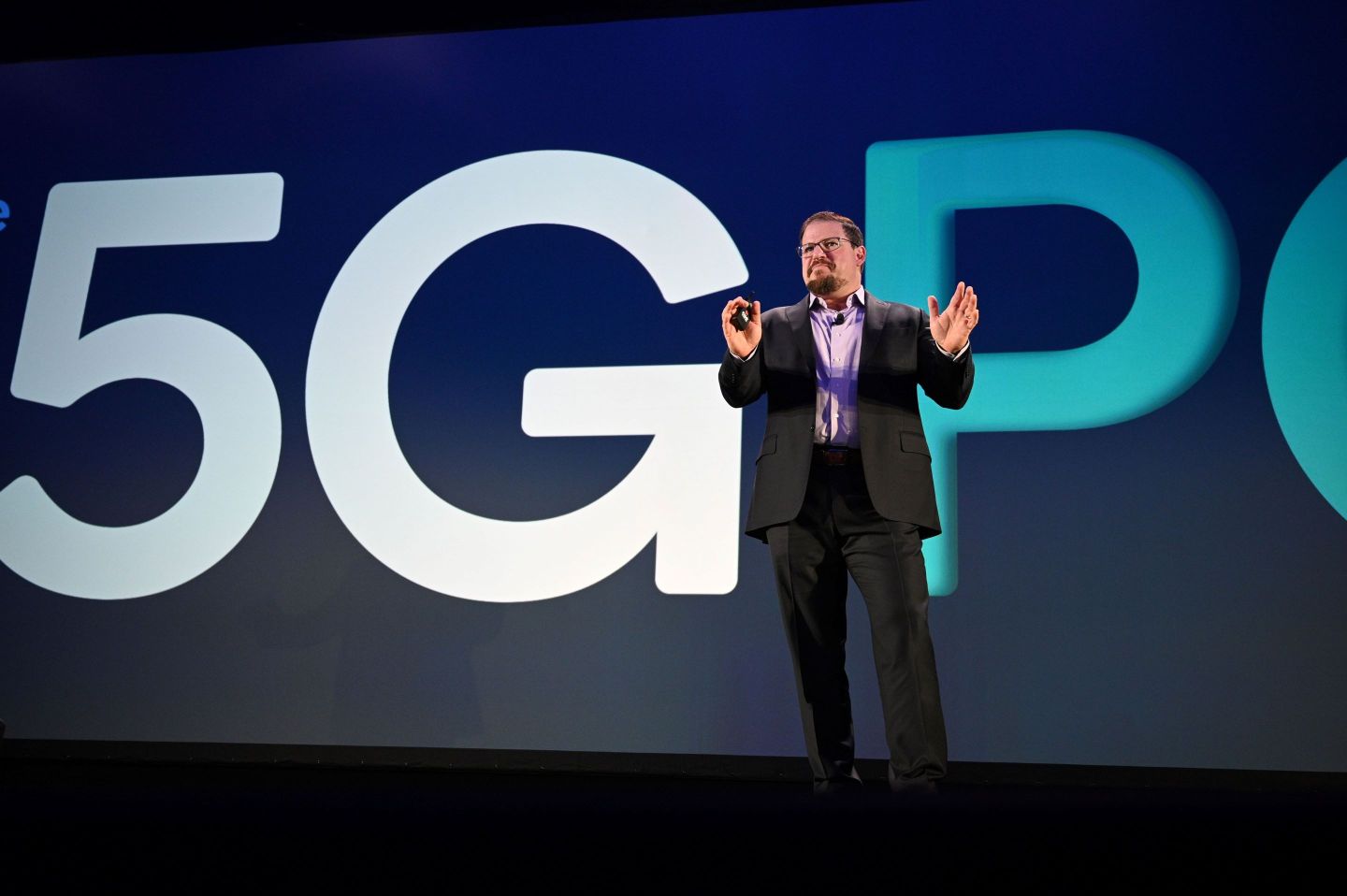 The world’s leading maker of chips for mobile phones, Qualcomm, is getting a new leader. CEO Steve Mollenkopf announced on Monday he would resign in June to be replaced by his top lieutenant, company president Cristiano Amon.

The unexpected shift—Mollenkopf is only 52 and has been CEO for seven years—is unlikely to lead to any dramatic changes in strategy at Qualcomm. Amon, 50, has been at the company for two decades and helped Mollenkopf navigate a sea of troubles.

“Steve and I have been working side by side for 15 years and I don’t expect to see change in the strategy, we’ll continue to build on the strategy,” Amon said on CNBC on Monday. Qualcomm said the incoming CEO was not available to speak with Fortune.

Amon was the “natural choice” to take over given Qualcomm’s emphasis on 5G technology, which Amon has “owned for years and molded the strategy for,” Bernstein Research analyst Stacy Rasgon wrote on Monday.

When he takes over, Amon will become the latest immigrant to head a top U.S. tech company, following in the footsteps of Microsoft’s Satya Nadella, Google’s Sundar Pichai, and others.

Born in Brazil, Amon grew up in the capital of Sao Paulo and attended Universidade Estadual de Campinas. Wireless technology piqued Amon’s interest in college, and he majored in electrical engineering. He joined the Brazilian unit of Japanese tech giant NEC after graduating in 1992 and was soon transferred to Tokyo. From there, he began traveling to San Diego to meet with an up-and-coming tech company called Qualcomm. A job offer soon followed and by 1996, Amon was helping Qualcomm sell its wireless gear across Latin America.

But he left Qualcomm in the late 1990s for a short stint at telecom equipment maker Ericsson, and then, just as the Internet bubble was bursting, he joined VeloCom, an investor in various Latin American telecom carriers.

That led to one of Amon’s toughest assignments, trying to save one of the firm’s hardest-hit investments. Brazilian wireless operator Vesper was bankrupt and hemorrhaging cash when Amon joined as chief technology officer. He was later promoted to chief operating officer and helped right the ship, selling Vesper to larger rival Embratel in 2003. “It was fun–I learned a lot,” Amon recalled in an interview with Bloomberg Radio last year.

Mission accomplished, Qualcomm lured Amon back to the sunny beaches of San Diego in 2004. He worked his way up through the company’s chip business, often working closely with Mollenkopf who was in the same division. At the time, Qualcomm was battling European rivals to equip phones and carriers with 3G technology, the first truly Internet-capable mobile equipment.

Qualcomm won the 3G battle and was even more dominant as the 4G era dawned. But it was Mollenkopf who acceded to the top position in the company initially, taking over for Paul Jacobs in 2014. Jacobs was the son of Qualcomm co-founder and longtime CEO Irwin Jacobs, making Mollenkopf the first outside-the-family chief of the company.

Amon may have been lucky to have missed out on the top job that time.

While Mollenkopf successfully won almost all of those battles, it fell to Amon to oversee development of Qualcomm’s 5G technology. Amon is known as an early riser who likes getting to the office first to exhort his research, marketing, and sales teams to work hard. Mollenkopf promoted him to president of the company, and his likely successor, in 2018.

At the massive Mobile World Congress trade show in Barcelona every February for the past few years, Amon became a fixture pitching 5G to every wireless operator, telecom equipment maker, and phone manufacturer he could find. At the 2019 MWC, the energetic Brazilian was selling 5G at meetings over breakfast, across the show floor all day, at multiple dinners, finally followed by parties into the night. More than two dozen phone makers and carriers joined Amon in a champagne toast that year to finally celebrate the arrival of the first 5G service for consumers around the world.

“This is the first transition of a generation of wireless where the hard part—the devices and the ecosystem—is ready ahead of the network; it’s incredible,” he told Fortune at the time. Still, he worried that carriers weren’t finished building the networks—a fear that has proven out as few U.S. consumers can access fast 5G service so far.

But as Amon takes over, Qualcomm has vanquished its legal foes, won Apple back as a customer, and has virtually no significant competition for its 5G gear. Qualcomm shares closed at $152.43 on Monday after the CEO change was announced, up 3% for the day and 75% higher than a year ago.

Analysts say a big part of Amon’s job will be ensuring far more devices get connected to 5G networks than just phones. Cars, drones, and environmental sensors are among his next targets.

And just because Wall Street is confident doesn’t mean Qualcomm will grow without challenges. Apple is developing its own 5G modems and could throw out Qualcomm’s gear in a year or two. Nvidia is buying Arm, the chip designer at the heart of many of Qualcomm’s products, and could become a big rival in mobile devices.

In his CNBC interview on Monday, Amon vowed he was up for the challenges.

“One thing will never change,” he said. “We’ll always strive to be the leader in wireless and really work on technologies that matter.”