Data Sheet—Which Are the Best New 5G Phones This Year And Does Apple Care? 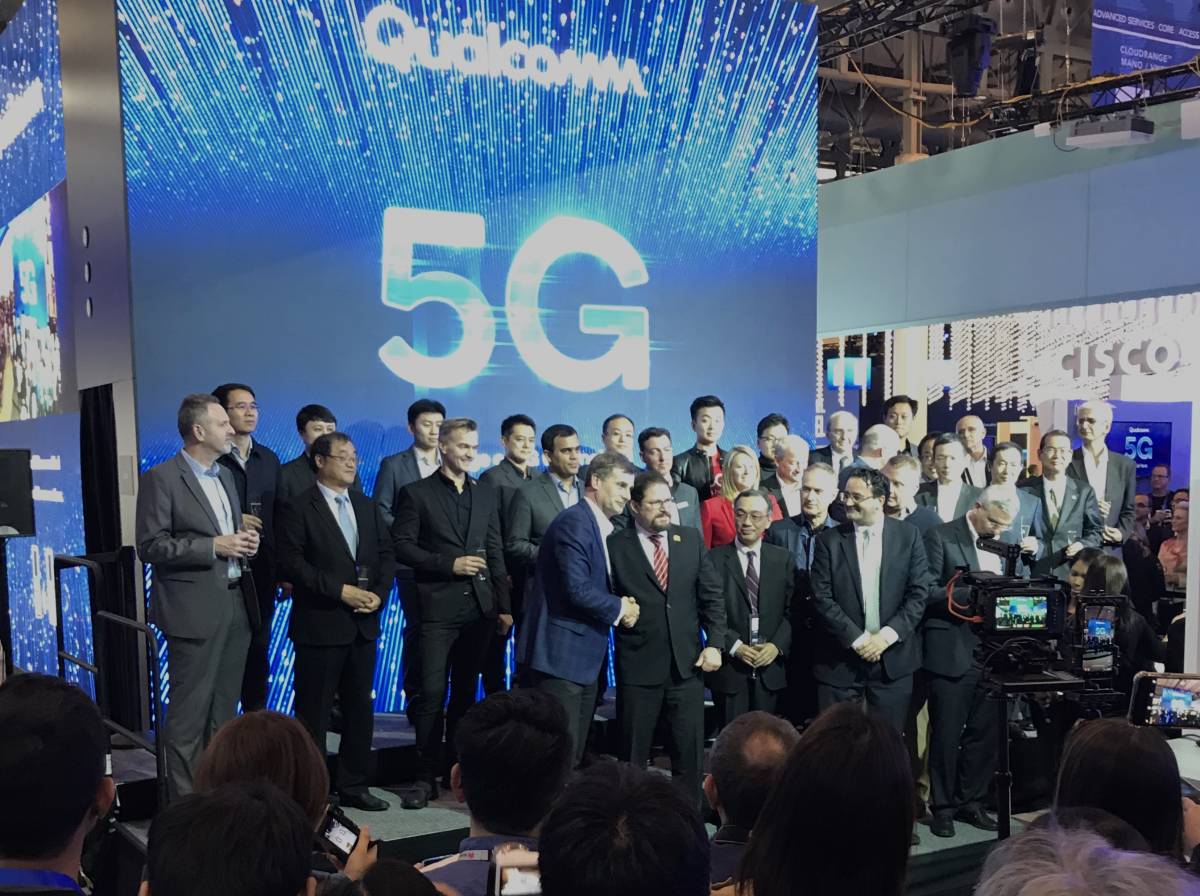 When I sat down with Qualcomm president Cristiano Amon on Wednesday night, the Brazilian engineer could barely contain his energy. The night before, Amon had raised a glass of champagne with execs from some 30 phone makers and wireless carriers to celebrate the arrival of super-fast 5G service this year. And 24 hours later, he was still riding the wave, despite a schedule of wall to wall to wall meetings that didn’t even leave room for a bathroom break.

On a more serious note, however, Amon is taking a victory lap. Almost ten years ago, when U.S. carriers started to introduce 4G service, the first phone was the HTC Evo, dubbed “a good chunk of hardware” by CNET due to its thickness and weight. And that wasn’t the worst problem: “With heavy usage, we were running for an outlet within about 4 to 4.5 hours.”

Expectations were much the same for the first 5G phones. Then last week, Samsung showed off the Galaxy S10 5G. It looks just like the regular S10, sleek and thin, with a slightly larger 6.7-inch screen. When I got my hands on it here, it didn’t feel particularly oversized and I don’t think I would have been able to tell it apart from any other cutting edge 4G phone. Inside is one of Qualcomm’s new 5G modems. But the reason Amon is so pleased is that the chip isn’t just in the Samsung phone. It’s in the new LG V50 ThinQ, the ZTE Axon 10 Pro 5G, the Alcatel 7 5G, and Motorola’s 5G Moto Mod that straps on the back of its Z3 phone. Sony, Oppo, and OnePlus also had Qualcomm-powered 5G prototypes on display. Even low-cost maker Xiaomi was showing off a 5G version of its Mi Mix 3 priced at 599 euros (about $680). And I can report to you, they all look and feel pretty slick. I think the LG was my favorite, with both wide angle and zoom cameras and almost boombox quality speakers. Crows Amon: “This is the first transition of a generation of wireless where the hard part-the devices and the ecosystem-is ready ahead of the network. It’s incredible.”

Of course, that still leaves the networks. Amon and the phonemakers can build all the 5G devices they want, but if Verizon, AT&T, Sprint and T-Mobile don’t put up enough 5G cell towers, no one’s going to care. On that side, we’re still in wait and see mode. Verizon wireless head Ronan Dunne, who was at Amon’s champagne toast, says he’ll have 5G in 30 cities at some point this year. Of the 38 phones listed for sale on Verizon’s web site, you’ll find mostly models from Apple, Samsung and a few others but it’s a manufacturer not on the list that Dunne called out specifically to me. “Xiaomi, they made a 599 5G handset announcement, 599-that’s mass market,” he points out. 5G “will be much more mainstream than niche much quicker than 4G was.”

And even that still leaves out one major player, a player that sells about half of all smartphones in the U.S. market. Apple CEO Tim Cook never comes to Barcelona and his company remains locked in a bitter legal war with Qualcomm and thus reliant on Intel’s far-trailing 5G technology. The company offered a total no comment and Intel’s announced 5G modem is due in time for 2020 phones. “Look, we have a great relationship with Tim and I’m his biggest customer in the U.S.,” Dunne says. “I’m going to get people massively excited about how quickly they can get (their) device on the world’s best network-I’m doing my bit.” I guess iPhone fans will have to keep their 5G champagne on ice a bit longer.

Cloud kings: Microsoft Azure is beginning to close the gap with AWS, according to a new State of the Cloud report from RightScale. Overall, the pie is growing for everyone, including Google and IBM, as businesses large and small carry out more tasks in the cloud, and become comfortable using multiple cloud vendors

Snubbing Seattle: Two weeks after leaving New York City in the lurch, Amazon has abruptly bailed on a plan to occupy a massive new office tower in its home town that would have housed up to 5000 employees. The company did not provide specific reasons for the pull-out but its tense relations with Seattle's political leaders may have been a factor.

Secondhand spyware: Units of Cellebrite, the popular iPhone cracking tool used by law enforcement, are turning up for sale on eBay. In many cases, the seller hadn't bothered to wipe the data.

Tik-Tok, please stop: The FTC fined the popular lip-syncing app a record $5.7 million under the child privacy statute known as COPPA. Tik-Tok, which had been collecting data on millions of kids under 13, will also have to put in an "age gate" that puts younger users in a different, more private version of the app.

Not hip to be Square: Payment processor Square beat analyst expectations on earnings and revenue, and had a breakout quarter for its peer-to-peer Cash app. But shares nonetheless fell 7% on a muted growth outlook.

Social networks can be regarded as a "Status as a Service" industry, writes tech thinker Eugene Wei in a detailed look at why some networks succeed and others fail. The essay is rambling and, frankly, much too long but has some good nuggets including this one:

Copying some network's feature often isn’t sufficient if you can’t also copy its graph, but if you can apply the feature to some unique graph that you earned some other way, it can be a defensible advantage.

Nothing illustrates this better than Facebook's attempts to win back the young from Snapchat by copying some of the network's ephemeral messaging features, or Facebook's attempt to copy TikTok with Lasso, or, well Facebook's attempt to duplicate just about every social app with any traction anywhere. The problem with copying Snapchat is that, well, the reason young people left Facebook for Snapchat was in large part because their parents had invaded Facebook. You don't leave a party with your classmates to go back to one your parents are throwing just because your dad brings in a keg and offer to play beer pong.

Some Uber and Lyft Drivers Are Getting a Big Perk: Access to the IPOs By Erik Sherman

Winter is still gripping much of the country, but baseball's Opening Day is just a month away. As MLB mulls pitch clocks to speed up the game, new data suggests it may be the batters—and their parade of foul balls—who are most responsible for longer game times.