Biden will bring back climate diplomacy, and the planet will benefit 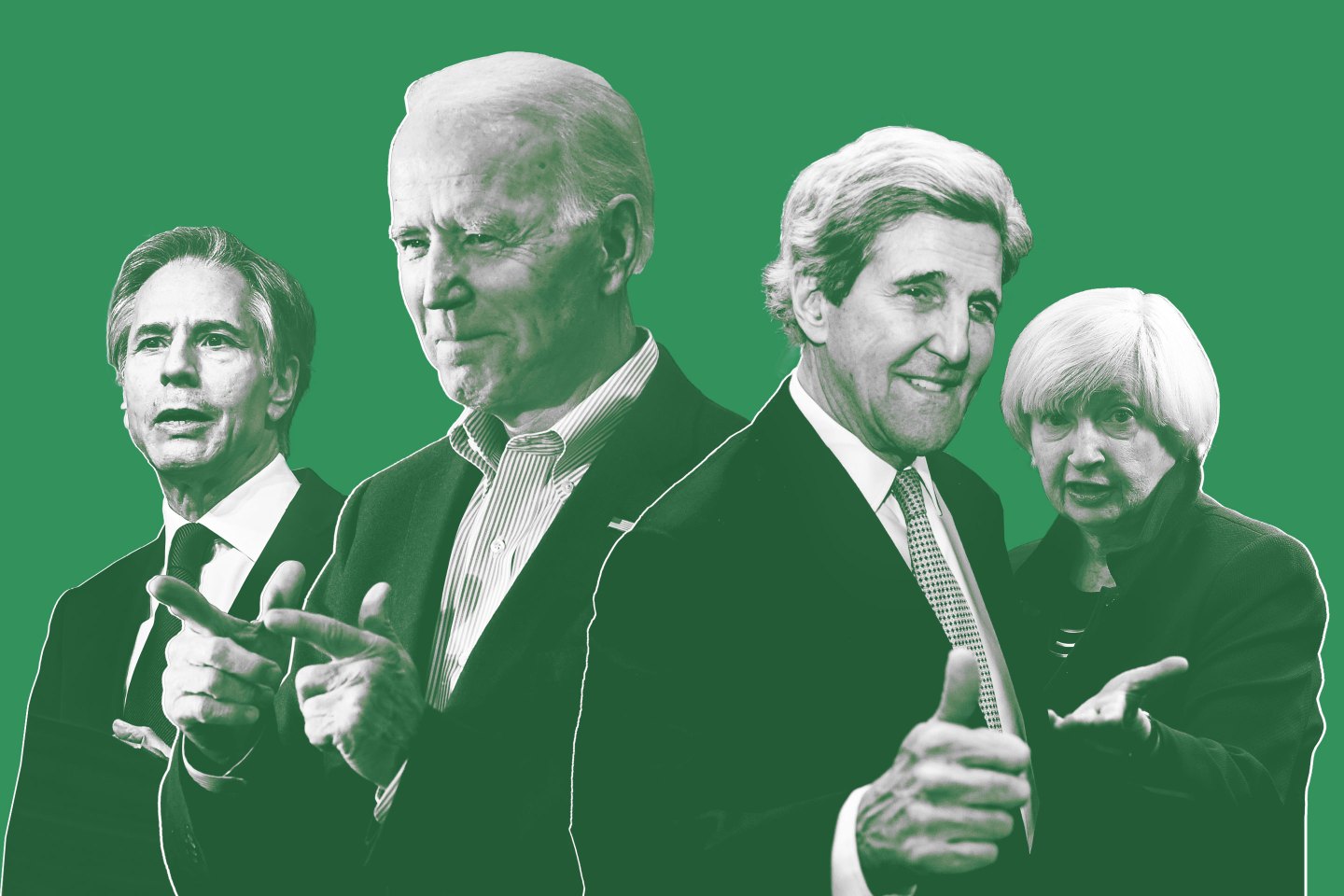 Throughout his campaign, President-elect Biden repeatedly declared that climate change would be central to his administration. Some people may have worried: Was he just paying lip service to get activists and young voters on board, or was he truly going to see this through?

If the early actions of the President-elect are any indication, he is clearly committed to this vision.

In his first round of international and national security staffing decisions, President-elect Biden created a new position for John Kerry as special presidential envoy for climate and put him on the National Security Council. This means that for the first time there will be a dedicated seat for climate change among the top tier of national leaders who make foreign policy and national security decisions. He named Jake Sullivan, a highly regarded climate hawk, as the new national security adviser. Antony Blinken, as secretary of state, will be charged with making climate change a cornerstone of U.S. foreign policy. And Biden has chosen Janet Yellen—a cofounder of the Climate Leadership Council, a bipartisan group that supports a national price on carbon—to be Treasury secretary, a post in which she’ll wield significant influence by elevating climate risks and opportunities in U.S. economic and financial systems.

That’s a lot of climate leadership, and we haven’t even gotten to the Department of Energy or the Environmental Protection Agency yet!

Gone are the days when climate change was a niche issue that could only be discussed behind closed doors. In a matter of weeks, climate will play a major role in the U.S. government’s decision-making process on national security, economic, humanitarian, and other issues vital to U.S. foreign policy.

All of this is welcome news—as the U.S. and the world face not only the pandemic and economic turmoil but the climate crisis too. We have all seen the devastating wildfires in the Western United States and a record number of hurricanes in the Atlantic this year. In 2020, 54 million people worldwide faced climate-related disasters, including wildfires, according to the International Federation of Red Cross and Red Crescent Societies. A COVID-19 vaccine may soon be on its way, but there is no vaccine for climate change.

Biden has already announced that he will have the U.S. rejoin the Paris Agreement. After taking office, he is expected to commit the U.S. to a net-zero carbon target and will need to put forward a new national climate plan. Importantly, World Resources Institute (WRI) experts suggest that the U.S. should set a 2030 target to reduce its emissions by at least 45% compared with 2005 levels. This is both ambitious and achievable.

Our economic understanding of climate action has evolved over the past decade. We have strong evidence that climate policies promote strong and equitable economic growth. Smart action on climate change will increase economic efficiency, drive innovation and new technologies, and reduce investment risks. This is why Biden said on the campaign trail that when he thinks of climate change, he sees jobs. And it’s why many labor unions and manufacturers have gotten behind Biden’s proposed climate plans.

The administration’s international climate commitments must be backed by domestic policies at the federal level and with continued support from U.S. cities, states, and businesses. This is an approach that we at WRI call Climate Federalism. As President, Biden will have multiple tools at his disposal, including through executive action and in federal agencies, and ideally he can build congressional support. U.S. cities, states, and businesses must stay engaged to drive ambition and push the federal government.

Thankfully, other countries helped fill the void while the U.S. federal government was MIA. The European Union, Japan, and South Korea have all recently committed to achieve net-zero emissions by mid-century. China has committed to do this by 2060. The EU is also poised to approve an ambitious 2030 climate target that will help set the pace for others.

Undoubtedly, these countries are pursuing climate action that is in their own self-interest. China, for example, is looking to maintain its lead position in the global market for renewable energy and electric vehicles. Meanwhile, U.S. automobile manufacturers are stepping up their game. General Motors recently dropped its opposition to California’s clean air standards and set a goal to have 40% of its fleet electric by 2025. Ford is set to roll out an electric version of its iconic Mustang. This is healthy economic competition that will benefit the planet.

The Paris Agreement, forged five years ago this month, was built primarily on trust and cooperation. The agreement is only as effective as world leaders make it. By reentering the Paris Agreement and setting an ambitious U.S. emissions target, President Biden can drive job growth and increase U.S. competitiveness, while recharging the agreement and encouraging other countries to raise their game.

The benefits of climate action are abundantly clear. Climate diplomacy can help bind countries together, rather than divide them.

Historically, international partnerships and rivalries have been characterized not just by policies but by relationships. Churchill and Roosevelt. Reagan and Gorbachev. President Biden can form similar bonds, backed by his deep and experienced team who are more than up to the task of building bridges and finding common ground.

The path ahead will not be easy. Tackling climate change requires decisive shifts in economies and personal behaviors. It requires global cooperation and action. With the U.S. back in the climate race, Biden is positioning his administration to be a force for climate diplomacy that can deepen trust, improve global stability, and create economic opportunities.

For an incoming administration that will face crises on multiple fronts, building international goodwill on climate change is a good place to start.

Andrew Steer is president and CEO of the World Resources Institute.