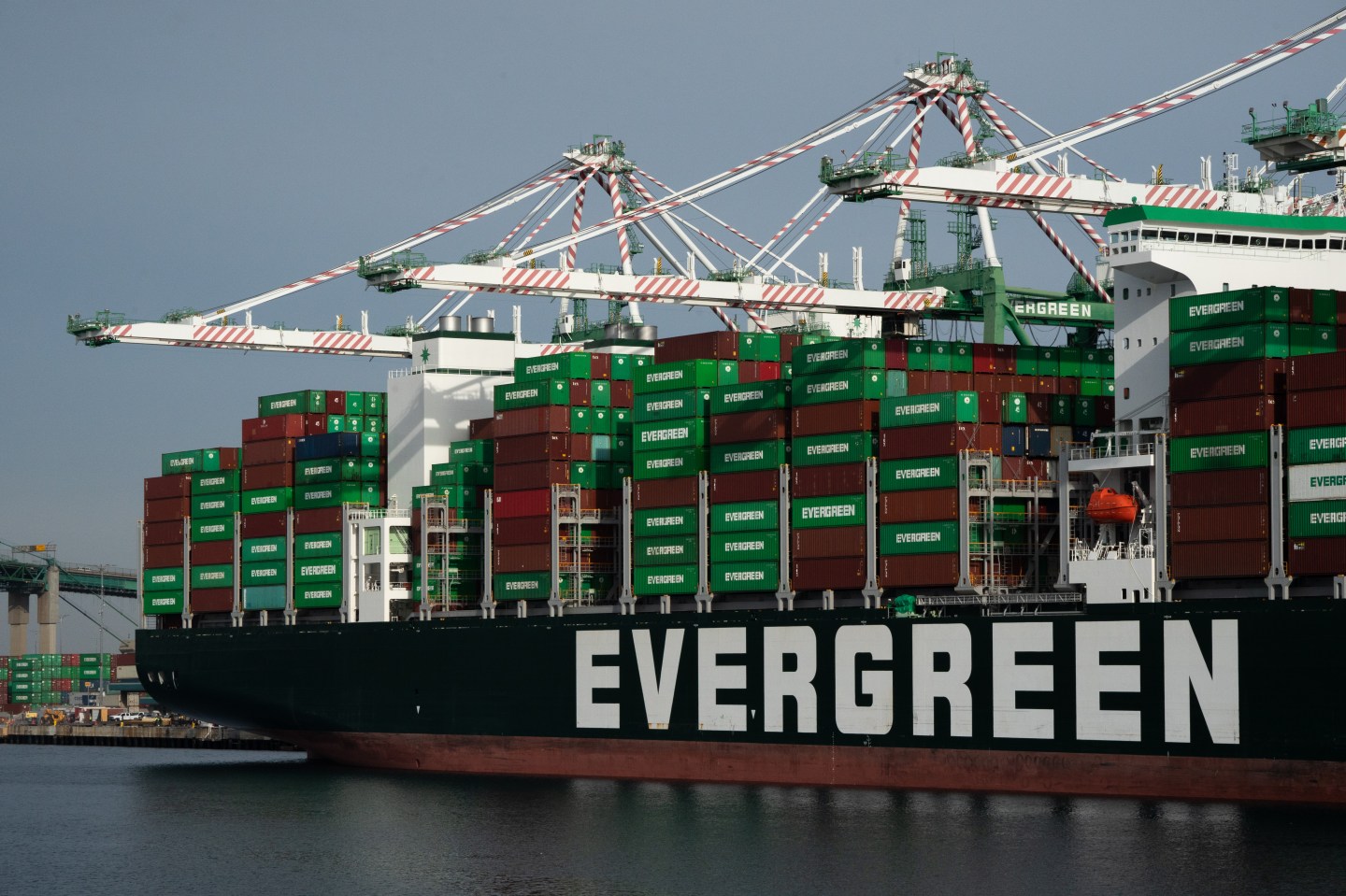 Containers stacked on a cargo ship at the Port of Los Angeles. Under President Trump, the author writes, “international trade faced multiple shocks in the form of increased protectionism and attacks on the World Trade Organization’s dispute resolution body.”

Two big stories dominated the world press over the past few weeks: The results of the American presidential election followed by the announcement of successful COVID-19 vaccine trials by multiple drugmakers, including Pfizer and its partners. The joyful global reaction to the vaccine announcement is not a surprise, given the devastating impact of the pandemic on the world. But the surprisingly upbeat reaction to the presidential election shows, in some senses, how much the world missed American global leadership.

COVID-19 has created tectonic shifts in every aspect of the global economy, changing both internal and external dynamics of every country in the world. There are still significant uncertainties about the trajectory of the recovery and what permanent changes we will see after the dust settles. One area of concern is how globalization and, especially, economic integration will fare, and whether we will need new rules for the new reality. That is where American leadership is the key.

Even before COVID-19, under the reign of President Trump and his team, international trade faced multiple shocks in the form of increased protectionism and attacks on the World Trade Organization’s dispute resolution body, both of which undermined the rules-based international trade system. Throughout the pandemic, world merchandise trade suffered a record decline of 14.3% in the second quarter of 2020.  While trade has picked up somewhat, the WTO expects an overall decline of 9.2% in 2020 from the prior year. However, the impact on trade of the latest wave of the virus could be even greater if vaccines are not widely distributed soon.

In conjunction with merchandise trade, worldwide capital flows also suffered significantly. According to the United Nations Conference on Trade and Development (UNCTAD) World Investment Report 2020, global foreign direct investment flows are forecasted to decrease by 40% in 2020 from their 2019 levels. Developing markets are expected to get hit harder compared to their developed counterparts.

Rebuilding the global economy after COVID 19 will require reinstating trust in free trade and support of increased capital flows, especially for developing and emerging nations. These flows have played a key role in lifting many out of poverty over the years. But this will require engagement from both developed and developing nations, in the form of international cooperation to rebuild the rules-based environment, as well as domestic policies that minimize the uncertainties associated with country-specific political and economic risks.

Unfortunately, the lack of leadership from the U.S. over the past four years is setting a precedent and in some sense encouraging developing nations to follow suit. According to an UNCTAD study, China and South Africa are using national security concerns to set up new and restrictive regulatory frameworks for foreign direct investment (FDI) screening. Similar to the U.S. position on the investor-state dispute settlement regime during the U.S.-Mexico-Canada Agreement (USMCA) negotiations, many countries have begun questioning the fairness of the system and in some cases unilaterally pulling out of bilateral investment treaties, like Indonesia did for 20 agreements between 2014 and 2018.

There are even further arbitrary actions, like what happened recently in the country of Georgia. After an Azerbaijani company purchased a 49% share of Caucasus Online, a Georgian Internet business, the Georgian government decided to change the rules. Despite the investors having met with government officials since 2018 without any glitches and completing the purchase in August 2019 with a financial tab of 51 million euros, Georgian authorities had a sudden change of heart and wanted to scrap the deal, claiming lack of information. In July of this year, the government took further arbitrary steps by changing the telecommunications laws and appointing a special manager to oversee the company. According to some, these rules changes were the equivalent of a hostile takeover. The case has since been referred to international arbitration.

All of these developments indicate that unless there are significant changes and a rebuilding of trust in multilateral institutions accompanied by a revamped U.S. global policy in cooperation with its democratic allies, global trade and FDI flows will likely remain below previous levels. This vicious cycle will mean further economic malaise worldwide, along with economic interactions based on power rather than rules.

At a national level, smart policymakers can turn the tide for their countries through appropriate policies. As multinational companies reevaluate the weaknesses they discovered during COVID-19 and the pandemic’s impact on their supply chains, they will likely take action to strengthen the resiliency and stability of their production chains. This means capital flow to countries with less overall risk, as we observed during the U.S.-China trade war, which primarily benefited Mexico and Vietnam. A recent survey also shows the influence of policy on global investment decisions. In particular, the survey of more than 2,400 global business executives in 10 large middle-income countries found that government policies can influence FDI location decisions.

The U.S. has a vested interest in being an integral part of reformation of a rules-based system, as it is the world’s largest recipient and financier of foreign direct investment. Continuing with a general approach of open borders, with specific attention to emerging issues surrounding state-owned enterprises, arbitrary country actions, and abuse of power with a multilateral approach, is the best way to proceed to build global coalitions against global problems. The reaction to America’s recent elections shows that the President-elect and his team will have the necessary domestic and international support to do just that.