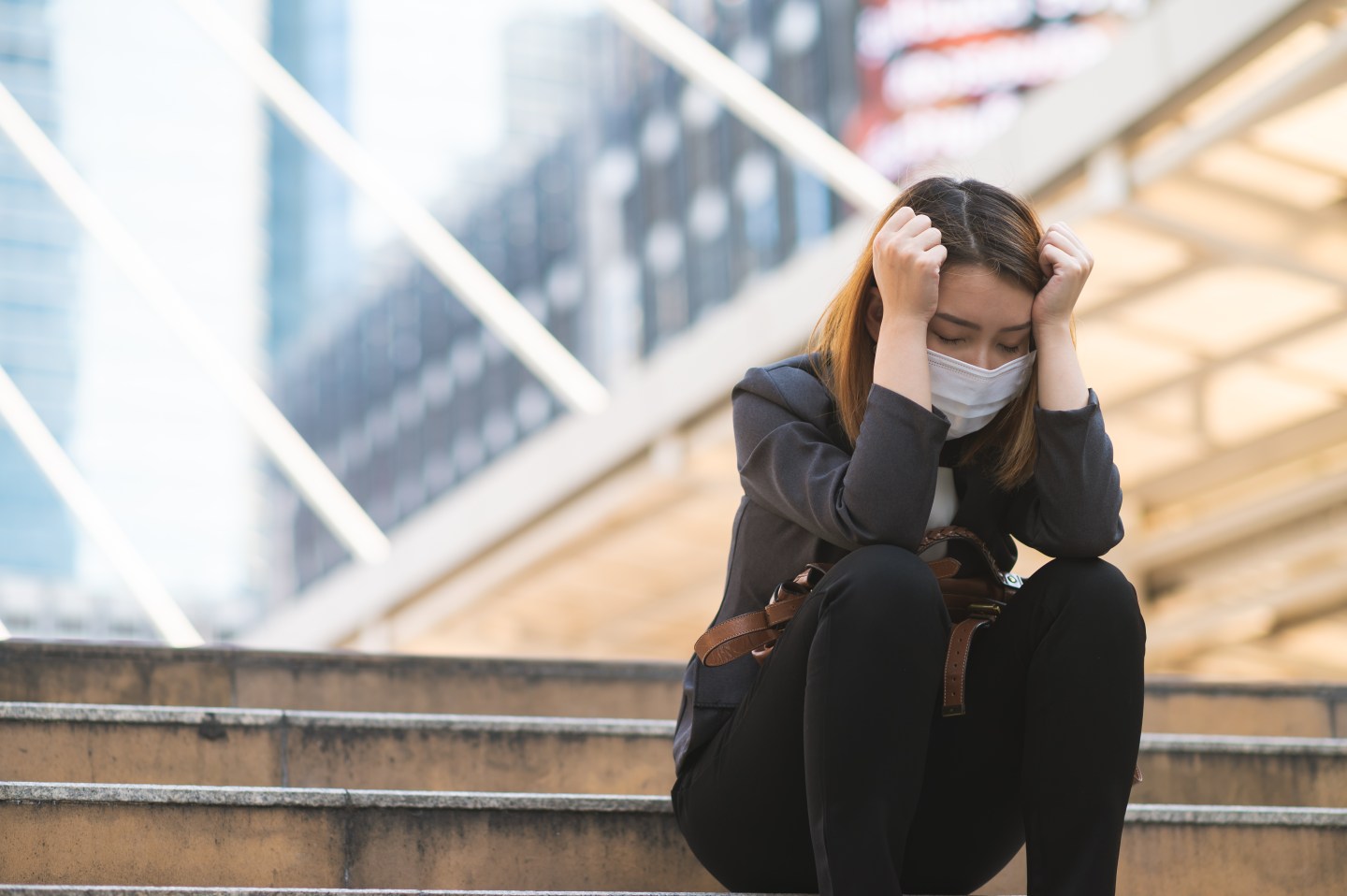 "There is hope for young workers," writes Marissa King, "but avoiding a career derailment and a lost generation will require young job-seekers and employers alike to focus more on connection."
Getty Images

“It comes in waves,” said Isabelle Risse, a recent graduate of St. Michael’s in Vermont. Risse has applied to more than seventy jobs since graduating in May—with no positive results yet. “One week I’ll send out fifteen applications. And then the next I am so hopeless.”

Risse is not alone. Close to one in four workers between the ages of 16 and 24 is unemployed, according to a recent study by the Economic Policy Institute. There is hope for young workers like Risse, but avoiding a career derailment and a lost generation will require young job-seekers and employers alike to focus more on connection.

More than half of the workforce finds jobs through personal connections. Decades of research has shown that people who use their personal contacts spend less time searching for jobs and end up in higher paying, more prestigious occupations. What’s more, while experienced workers are most likely to find their jobs through weaker ties—acquaintances, former colleagues, someone from the gym—that isn’t true for workers who are looking for their first real job.

Young workers are more likely to find a job through their closest connections, particularly their parents. This tendency is heightened during periods of increased unemployment, according to research by economists Francis Kramarz and Oskar Nordström Skans.

Still, despite the importance of turning to people who they know for help, young workers are less likely to use their personal contacts to look for work. A nationally representative study of unemployed workers by the Urban Institute found that only 23.6% of 16-to-24-year-olds looking for work reached out to family or friends for help, far less than older workers in a job search. There are at least three reasons why.

The young are often reluctant to network

Risse eventually realized that if she wanted to find a job, she needed to do more than look on websites like Indeed and Idealist, but upon considering that notion, she says, she “was almost put off by it.” Similarly, Kaitlyn Zorilla, a 23-year-old living with her parents in Vista, Calif., said that between COVID, the election, and the holidays, “I’ve been reluctant to reach out to people that I know less. It’s just a burden to be asking people for help right now.”

Young or not, many people feel an aversion to the idea of “networking.” When 308 adults were asked to recall a time when they either networked for professional gain or just to socialize, participants who recalled a professional networking experience were twice as likely as their socializing counterparts to think of cleansing words like “wash” when presented with a word completion exercise (such as “w_sh”). The implication was that the sheer idea of networking made them feel dirty, according to the study conducted by Tiziana Casciaro of the University of Toronto, Francesca Gino of Harvard, and Maryam Kouchaki of Northwestern University. This difficult social moment we are all living through likely intensifies our moral aversion.

One way of overcoming this, according to the research trio, is to adopt a learning mindset and think of reaching out as an opportunity to grow. Another is to think of making these connections in terms of what you have to give. While the trio’s work suggests that less seasoned workers often feel as though they have little to offer, asking for help is giving someone else an opportunity to be of service and to tap into their own sense of expertise, even mastery.

But even when young professionals are able to overcome the drag of moral resistance, they face yet another challenge: Their networks often don’t have the reach that they need. “You’re on your own,” reflected Veronica Wells, 24, who had been working as a waitress prior to COVID. “I’ve been on my own for a while, since I was 17. I have to build up my own network.”

Unsurprisingly, networks of the young and unemployed are often filled with other people who are the same age, also looking for a job. As Zorilla put it, “When all your other connections are also unemployed 22- or 23-year-olds, it doesn’t really help that much.” Moreover, in a recent study, my colleagues Balazs Kovacs, Nicholas Caplan, Samuel Grob and I found that networks have shrunk by more than 17% during COVID—shrinking just when young workers need them most.

The rate of joblessness among those under 24 is twice that of workers beyond this point, which is to say that if we want to lift the economy, young workers need help. Unemployment is “stunting social emotional learning and connectivity,” according to Marina Marmolejo, the executive director of Dream Kit, an organization that helps unstably housed youth find employment. “That means they don’t have people in their network that can help them to the next phase.”

Having a job makes you better at getting a job

This goes for recent college graduates as much as those who are low-income and job-insecure. Many of the skills that are essential for landing a job and succeeding in the workplace—the importance of listening, the power of knowing when to ask follow-up questions, the know-how to work in a team—are learned through social interactions on the job. This is where the young find more critical social connections as well. Mentors and sponsors are usually found at work.

The network failures facing young people will have significant effects that extend far beyond the pandemic if they go unaddressed. Lisa Kahn, a professor at the University of Rochester, found that the economic consequences of graduating during a recession persist for more than 15 years—because young workers don’t have the opportunity to learn as they work.

Despite the seemingly grim circumstances, Marmolejo is “really excited about the future. Youth who weren’t able to access the job market can now access it through technology.” Young potential employees are bored and desperate to have the opportunity to contribute. “I sit in my room all day, sitting in the same position in bed, staring at my closet door for eight months,” said. Zorilla. “I’m willing to work as an office assistant now in a field that I’m not passionate about, just because I need a job.”

For companies struggling with online work, a large untapped pool of the digitally native should be viewed as a huge opportunity. Having Zoom meeting schedulers and greeters, talent who know how to market and deliver customer service online, and those with the creative drive to devise clever online alternatives to holiday parties or client mixers would make companies better and give young workers an opportunity to engage and keep growing. As Marmolejo argued, “There are opportunities to keep that learning cycle going. The virtual world is too accessible not to invite youth in.”

Heading off the negative long-term implications of unemployment for young workers, starts with creating opportunities to connect. Young workers need an opportunity to meet people who can help them think through a career, not just give them a job. They need the chance to learn social skills that are critical for careers. For those who are firmly entrenched in a job, the young have a lot to teach employers too—about the virtual world and the real one as they see it. Solving this massive and multi-pronged problem begins with connection. If you are young and looking for work, I heartily recommend that you ask for help. If you are up the career ladder, stand ready to offer it.

Marissa King is professor of organizational behavior at the Yale School of Management, where she developed and teaches the course entitled Managing Strategic Networks. Her book, Social Chemistry: Decoding the Patterns of Human Connection, is coming out in January. Watch an interview with King here.