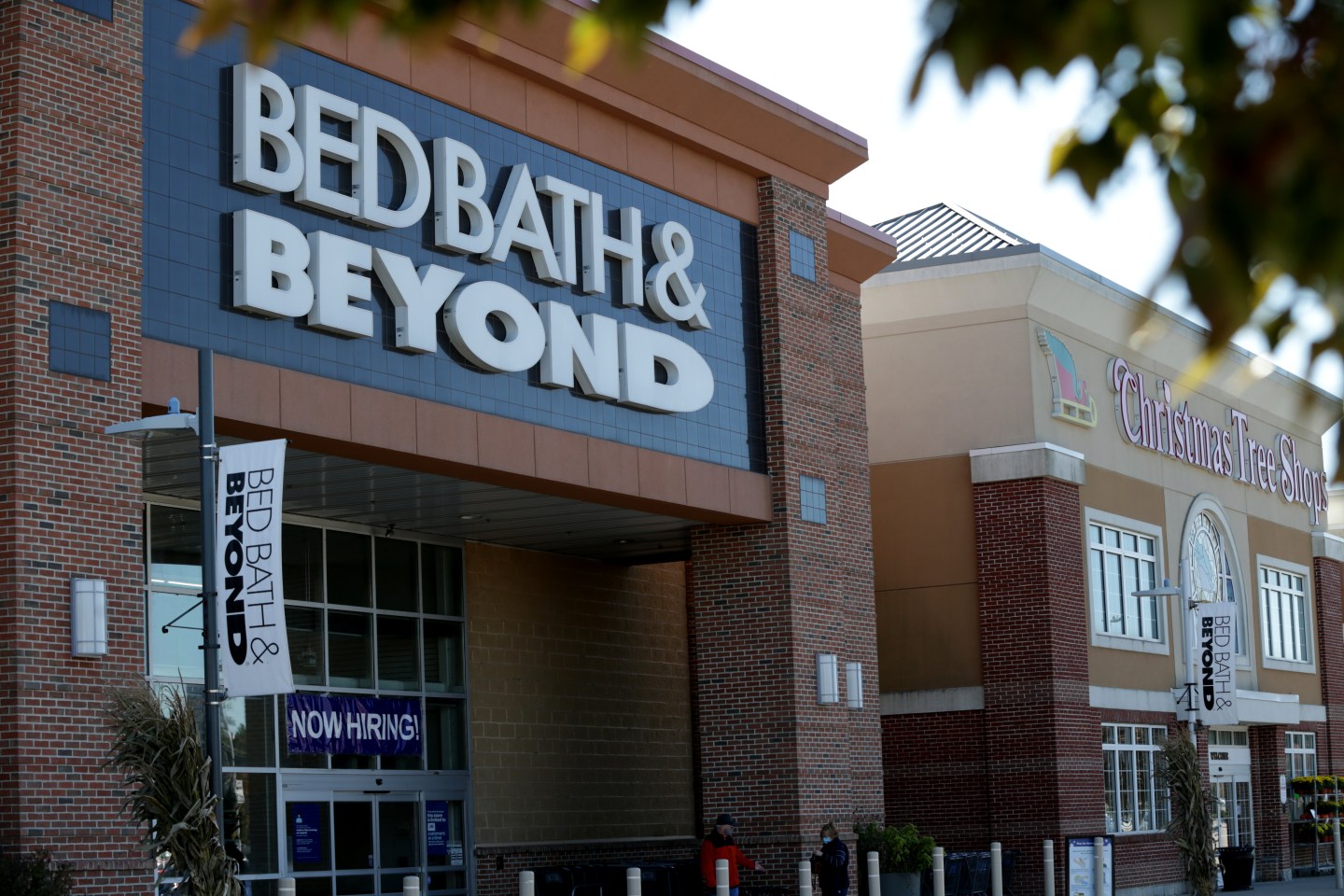 Coupons are as synonymous with Bed Bath & Beyond as foot-long receipts are with CVS pharmacy and Kohl’s Cash with that retailer.

But Bed Bath & Beyond has begun to rein in its addiction to giving shoppers coupons—and their addiction to getting them—as a centerpiece of CEO Mark Tritton’s efforts in his first year at the helm to restore the long beloved but troubled home goods retailer to glory. That’s not to say Bed Bath & Beyond is done with coupons. But Tritton is done with giving shoppers discounts that fail to gin up sales—perhaps because customers don’t really want them: Nearly half of all coupons go unused.

“We overflooded the market with coupons,” Tritton tells Fortune. What’s more, their overuse has muddled people’s sense of what Bed Bath & Beyond’s goods cost and are worth. He adds, “Customers don’t want to need a math degree to work out what value looks like.”

The move, announced at Bed Bath & Beyond’s analyst day last month, is just one of a number of radical steps taken by the CEO since he took the reins a year ago Wednesday. So far so good: In its most recent quarter, the 49-year-old retailer reported a surprise increase in comparable sales, its first since 2016. The stock, while worth only about a quarter of its all-time high in 2013, has risen sixfold since plumbing all-time lows back in March.

Tritton, an Australian native, has wasted no time in his first year as CEO: He quickly purged his C-suite last year and sold off a bunch of businesses that brought about $2 billion a year in sales but hurt the overall bottom line, reducing the company’s heavy debt load significantly in the process. What’s more, he has overhauled Bed Bath & Beyond’s antiquated e-commerce and announced he would close 200 stores, or about a quarter of the $7-billion-a-year chain’s fleet, and renovate 450 others. (The company also owns the billion-dollar Buy Buy Baby chain as well as Harmon Face Values.)

Next up for 2021: The Target alum plans to start 10 new store brands from scratch and vastly expand Bed Bath & Beyond’s assortment of inexpensive products.

If Tritton, a first-time CEO, is acting decisively, it’s because he has seen what dillydallying has done to rivals, like the defunct Pier 1 Imports, and was starting to do to Bed Bath & Beyond. The retailer had reported three years in a row of declining sales and net losses in the last two. Meanwhile, its strip center neighbors TJX’s HomeGoods chain and his alma mater, Target, have won a ton of market share. As Telsey Advisory Group analyst Cristina Fernández put it in a research note last week: “Competition in home remains intense, and Bed Bath & Beyond’s progress won’t be linear.”

The coronavirus has led to a boom in home spending, giving Bed Bath & Beyond the chance to reinvent itself—a chance that CEO Mark Tritton is determined not to waste.
Courtesy of Bed Bath & Beyond

“They likely would have been roadkill,” says Charles Lemonides, founder of ValueWorks, a hedge fund that has held the stock since 2017.

Despite years of substandard merchandise assortments, poorly maintained stores, and a slow, subpar e-commerce site, Bed Bath & Beyond held a special place in many shoppers’ hearts: Countless Americans have set up a wedding registry there or decorated their first home with its bedding and chairs.

“There was great customer love, there was loyalty; we were just squandering it,” Tritton says.

Before leaving for Bed Bath & Beyond, Tritton had been enjoying a stellar run at Target as the discount giant’s chief merchant. He had junked many of Target’s big but stale brands and launched 30 new store brands in 30 months in areas like home goods and apparel, some of which became billion-dollar businesses in their first year. Before that, he had overseen Nordstrom’s store-brand business to great success.

But fixing his new company and its manifold problems would force the rookie CEO to go beyond his core strengths. “Clearing away that clutter was a completely different skill set than curating good product,” says Lemonides.

So Tritton had to bolster management. In a move that stunned many retail experts, just days before Christmas 2019 and just weeks into the job, Tritton sent six members of his C-suite packing. “They were expensive, and they were ineffective, so it wasn’t a hard decision,” he says.

Working with headhunters, he set about building his own team, poaching people from his alma maters Target and Nordstrom, as well as from retailers such as Gap, Dick’s Sporting Goods, Walmart, and Amazon. “I told recruiters, ‘I want the Avengers of retail,’ and I got them.”

In his first year, he proceeded to do the painful work of slimming down the company with reorganizations that eliminated thousands of jobs. He sold off the Christmas Tree Shops chain and other smaller businesses. The result will be a smaller, and he hopes, more profitable company.

But any turnaround offers low-hanging fruit in its initial stages. The tough part is poising a business to return to growth, rather than managing a slow decline. (Hello, department stores.) And here, Tritton again tapped into his own experience at Target.

He is planning to launch 10 new Bed Bath & Beyond store brands in the next three years, with the first one coming in the spring. Tritton wants store brands to hit 30% of sales in a few years, up from 10% now. And much of that will focus on lower-cost items, the better to recruit shoppers earlier and keep them as they graduate from life stage to life stage. “Customers used to go for big life events and then nothing until the next big life event,” says Lemonides. Some 35% of purchases at the retailer include only one item or items in one category, so the upside is enormous if Bed Bed & Beyond does this well.

At the same time, Bed Bath & Beyond has been faulted by customers and analysts alike for trying to be all things to all people buying home goods. So Tritton is trimming the number of individual items by 30% to avoid the so-called tyranny of choice. “How many potato peelers do you need?” he quips. What’s more, a smaller assortment makes inventory management less unwieldy and will help the retailer tame a persistent problem: out-of-stocks.

Stores overflowing with merchandise and selection were the way retailers conveyed opulence and leadership in the 1980s and 1990s, and Tritton says Bed Bath & Beyond never quite moved on from that mindset. “If you had masses of product, you were the authority.” Today, if shoppers want endless selection, they can go online to Amazon or Wayfair, which said on Tuesday its third-quarter sales rose 67%, a reminder of the formidable competition in the space.

That’s not to say online is an afterthought for Tritton. Bed Bath & Beyond’s e-commerce has roughly doubled this year and is on pace to hit $3 billion, thanks to quickly setting up curbside pickup and improving what had been a primitive in-store service for online orders to capitalize on strong pandemic-driven demand. And the company has also improved its site with faster load times and easier search.

In the current retail landscape, authority comes from having a clear point of view and sensibility and offering customers “curation.” Says Tritton, “When you show that to customers with authority, clarity, and affordability, they trust you.”

And that goes a much longer way than endless coupons ever could.