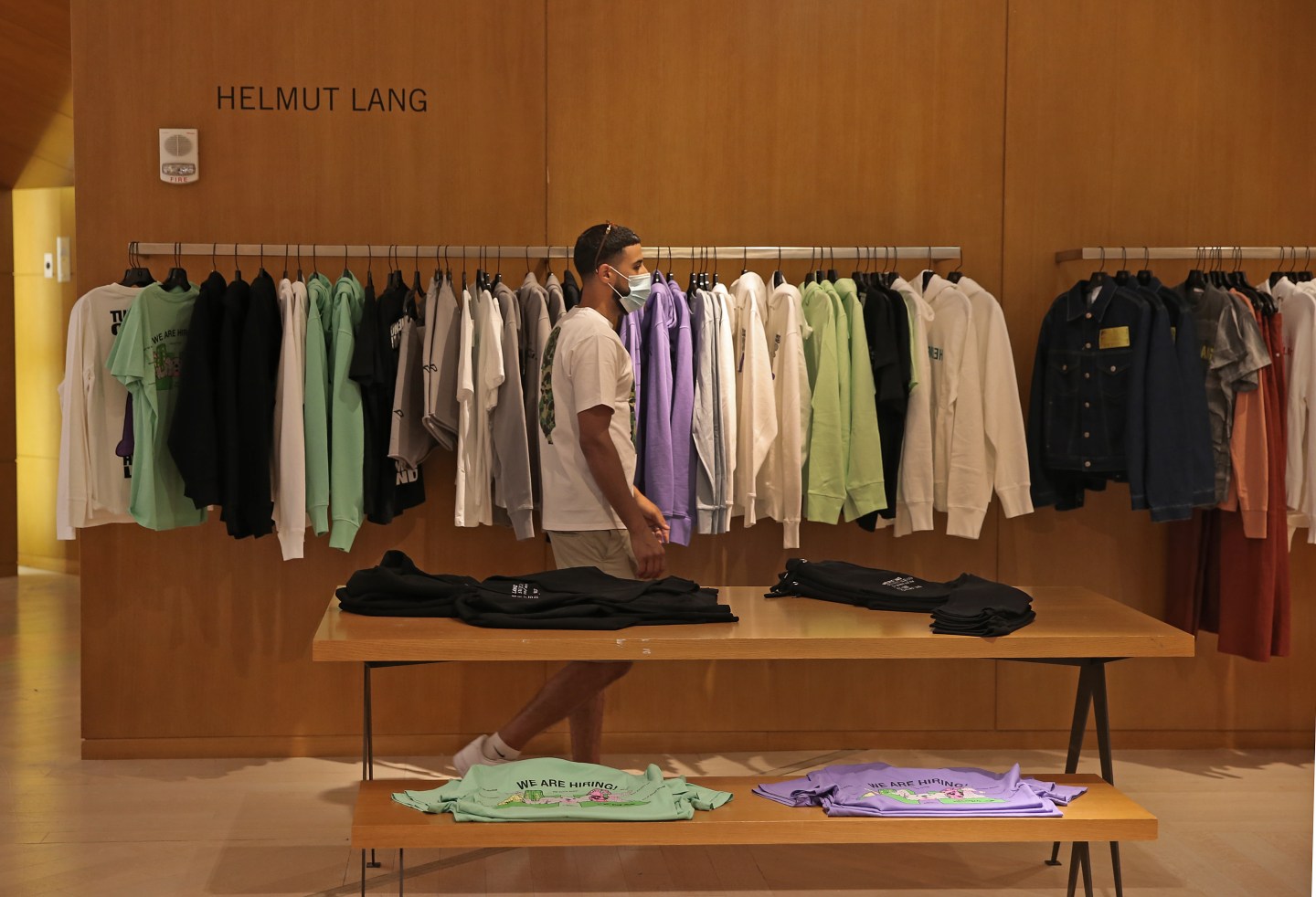 The coronavirus pandemic has radically changed American shopping habits, with consumers shifting more spending to essentials. And when they do have discretionary money, it has tended to go to home improvements or clothing suited to work-from-home and lounging.

So it might seem counterintuitive that some stability has returned to shopping, particularly at high-end retailers like Saks Fifth Avenue. After all, as Saks president Marc Metrick, tells Fortune, “Nothing we sell is essential, even when there is not a pandemic.”

And yet business has ticked up at Saks, which skews higher-end than rivals like Nordstrom and Macy’s Bloomingdale’s, Metrick says. Saks, owned by Hudson’s Bay Co., managed the crisis by cutting store hours, canceling some orders and delaying others, and will be reassessing its assortment with moves such as dialing back its men’s suits selection.

Saks has seen modest comparable sales increases since the summer, driven by its soaring online business. The retailer has also tapped into a desire among the most affluent, helped by a strong stock market, to splurge. And it is not alone: Nordstrom’s CEO last month said that the chain’s high-end designer business was doing “pretty darn well,” while at Bloomingdale’s luxury is now 30% of sales, up from 20% and doing better than the rest of the business, executives said in September.

Metrick himself professes some surprise at luxury’s performance. “Christian Louboutin pumps, really? When are you wearing those?” he asks—rhetorically but with gratitude.

He spoke with Fortune to discuss how Saks is managing the pandemic’s effects on its business. Answers have been edited for clarity and brevity.

Fortune: Why is luxury spending at Saks holding up relatively well?

Metrick: It’s all about fashion and about having the right balance. If you think about the other luxury players talking about their business these days, they sell a lot more men’s tailored suits than we do.

How are shifting spending patterns helping Saks, particularly among shoppers newer to the chain?

Take aspirational shoppers: We are their experiential spend. We’re comfort food. Every once in a while, they treat themselves. During a pandemic, comfort food is blowing healthy food off the shelves. We are the comfort food of fashion.

How has the pandemic changed how Saks plans and places orders?

There are such long lead times in luxury—the goods that were coming in March were bought months and months before. We got out of it as much as we could, and we worked with our brand partners.

The luxury delivery cycle is so off from actual consumer demand. It never made sense to me, because by the time it gets warm, we mark [late spring and summer items] down to make room for things coming in July like coats and cashmere sweaters.

So this year, we said, let’s take a pause, let’s delay the product, let’s delay stuff that’s not been made yet. So by time we opened in June, product was seasonally appropriate, and there was less marking down.

And what about the upcoming seasons?

We are taking a much harder look at our evening dress business, our tailored men’s suit business, and de-emphasizing those. We’re probably a little while away from 300-person black tie galas and big weddings being back.

You look at Jos. A Bank, Men’s Wearhouse, or Brooks Brothers [which have sought bankruptcy protection], and you say, where was this business heading anyway? We have great brand partners that make suits but also make sportswear.

Your New York City flagship is high on the list of attractions for many visitors to the city. But this year, international tourism has collapsed. How is business at the store—which analysts estimate generates 20% or so of your total sales?

People aren’t traveling abroad either, so we have a certain level of captive clientele. At the higher end of our portfolio, where they used to go to Paris every summer shopping, they can do it New York now.

You say business is strong in your regional stores, like those in Birmingham, Ala., and Raleigh, N.C., Why might that be?

We’re seeing very healthy business in other markets in the U.S. where we think some of these people were moving around more, and now they’re not as much, like Atlanta, Houston, and Philadelphia, which have seen outsized growth. In some cases the regional stores are doing better. People in Birmingham aren’t going to Atlanta to shop.

Are smaller regional stores worth it for Saks, with the shift to digital?

Saks spent $250 million on its flagship in recent years. Given the social distancing imposed by the pandemic and the restrictions on things like how to sell beauty products, was it worth it?

I believe that having a flagship store that is beautiful speaks to our brand. Theater to our consumer is going to be very important. Is it important right now? But we are going to find a way to make this very special again, there is no doubt.