Black women account for less than 3% of U.S. doctors. Is health care finally ready to face racism and sexism? 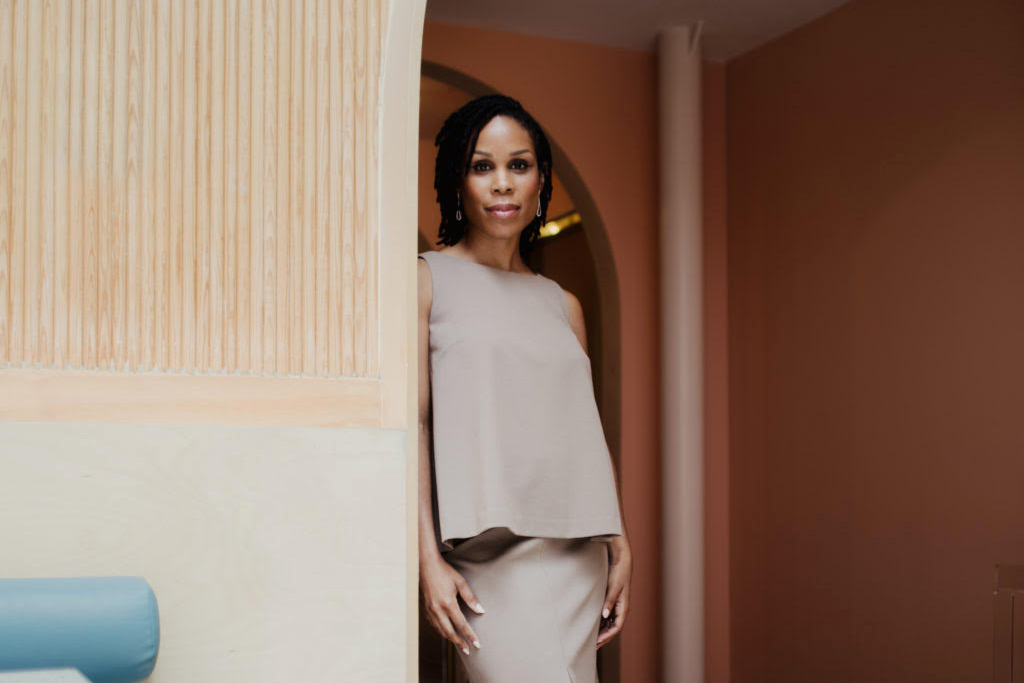 Uché Blackstock’s experience at her last employer might sound depressingly familiar to many Black employees across corporate America.

An emergency physician who spent eight years as an assistant professor at New York University’s School of Medicine, Blackstock is also a Black woman who saw the many ways in which racism and sexism damaged the health of her patients. Determined to make a difference, she started running training sessions about unconscious bias at her medical school and elsewhere, and eventually became the faculty director of recruitment, retention, and inclusion for NYU’s office of diversity affairs. But while the extra work she took on is critical to addressing long-standing problems in medicine—a field that underserves patients of color and includes vanishingly few Black or Latinx doctors—Blackstock says her contributions were undervalued by colleagues and superiors who weren’t personally affected by unconscious—or conscious—bias.

“People think of medicine as innovative and pushing the limits—but it’s probably one of the most conservative environments that I’ve ever been in,” Blackstock says. “It’s very resistant to change.”

By the end of 2019, she decided to walk away from academic medicine, leaving behind a recent promotion to associate professor and a scorching Stat News op-ed about “a toxic and oppressive work environment that instilled in me fear of retaliation for being vocal about racism and sexism within the institution.”

A spokesperson for NYU noted that it had promoted Blackstock, and said in an emailed statement that the school has “continued to advance diversity in the workplace and to combat the effects of unconscious and conscious bias in medicine.”

Blackstock now runs her own consulting firm, Advancing Health Equity, and has become an increasingly visible public expert about the impacts of the COVID-19 pandemic and systemic racism on Black patients and other people of color. She’s also holding on to some part-time clinical work and spent the worst of New York’s pandemic surge this spring treating coronavirus patients at an urgent-care clinic.

Earlier this summer, Blackstock was planning to stop seeing patients entirely, to focus more on her health care equity work. She’s since decided to continue practicing at reduced hours, meaning that medicine gets to keep one of the few professionals that it desperately needs more of: the 24,100 Black women who make up only about 2.6% of all active physicians in the United States.

“It is a significant problem,” says Laurie Zephyrin, a physician and former director of reproductive health at the U.S. Department of Veterans Affairs, who’s now the vice president of delivery system reform at the Commonwealth Fund.

The need for a more diverse workforce, and many employers’ repeated failures to create one will likely resonate for Black employees and other workers of color across industries, as Fortune’s Working While Black project and RaceAhead newsletter have chronicled. But the stakes are heightened in the “first, do no harm” realm of medicine, a field whose position somewhat outside the for-profit corporate sector—and, as Blackstock points out, whose reputation for innovative, science-based thinking—sometimes obscure just how stark its discrimination and lack of diversity can be.

The low percentage of Black women doctors represents a broad and long-standing problem in medicine. Only 36% of doctors are women of any race, according to the Association of American Medical Colleges. Only 5% of all active physicians are Black, compared with the 13% of the U.S.  population that is Black.

The numbers are equally bad, if not worse, for physicians who are Hispanic or Latinx: Only 5.8% of doctors are Hispanic, according to the AAMC, compared with 18% of the overall U.S. population; only 2.4% of active physicians are Hispanic women.

These statistics rival the breathtaking lack of diversity at large tech companies, which have drawn criticism in recent years for the low-single-digit percentages of Black and Latinx employees they employ. Now, amid a pandemic that has disproportionately killed people from those same communities, and a national reckoning over racism, some doctors and public health experts are drawing new attention to the long-standing racial inequities that damage the health of people of color in America—and that are exacerbated by the low numbers of professionals from these communities who are able to reach the highest positions in medicine.

“On my more optimistic days, I think that the conversation that we’re having now around these systemic issues of race and inequality could potentially be really well utilized by the health care industry,” says Adia Harvey Wingfield, a professor of sociology at Washington University in St. Louis, and the author of Flatlining: Race, Work, and Health Care in the New Economy.

But “there would need to be an industrywide focus on self-reckoning, about how the patterns and practices that are present in health care contribute to the marginalization and exclusion of Black workers,” she adds. “The health care industry would need to institute an explicit and overt focus on racial diversity—and not simply make it something that is expected to happen by happenstance.”

Hospitals and health care institutions often “don’t do the necessary work of making spaces more accessible and available to communities of color,” instead leaving that work up to their few Black employees, says Adia Harvey Wingfield, a professor of sociology at Washington University in St. Louis.
Sean Garcia

Happenstance hasn’t gotten Black doctors very far in medicine, as the numbers show. The reasons for their low percentage in the workforce include many that are shared across the broader conversation about systemic racism: Black Americans have less access to wealth, housing, education, and health care, meaning that Black students interested in becoming physicians generally have more barriers to overcome to enter and stay in the field.

Some of these socioeconomic disparities start with early childhood education and “access to solid STEM training in K to 12,” and then continue through higher education, Wingfield says.

Nor is it enough just to qualify, and be able to pay, for medical school; applicants also have to fly across the country for interviews, and pay for test prep and fees for the tests themselves, in a process that often costs up to $10,000. That’s just a prelude; the average medical student graduates with around $200,000 in debt. (In 2018, NYU started relieving some of these costs for its medical students by guaranteeing free tuition.)

“We know that Black Americans are disproportionately less resourced when it comes to income and wealth than white communities,” Wingfield says. “For doctors, those sorts of issues span a number of institutions, and make it more difficult to enter and remain in the field.”

Black job candidates also often face structural internal barriers in other areas of health care, aside from either obvious prejudice or unconscious bias. Some nursing programs, for example, require traditional four-year degrees instead of community college degrees, which may “inadvertently weed out Black applicants who are interested in the field,” Wingfield says.

And then there are the obvious instances of racism and systemic bias that Black doctors and other health care workers report in their training or workplaces. “In our education, traditionally, racism in health care hasn’t been addressed at all,” Blackstock says. “It’s more so now—I think medical schools are really trying to include it in their curriculums—but it’s been a hard push that’s really come from Black students and faculty at these institutions.”

There’s also obviously a need for better education about the impact of systemic racism on health long before medical school. It’s something that David R. Williams, a public health expert and Harvard University professor, has spent his career teaching medical students about—and says that many of them arrive completely ignorant of.

Williams blames this ignorance not on his students but on a society that has allowed many white Americans to achieve positions of privilege and power without learning about—or reckoning with—the systemic impacts of racism. Over the course of a career at Yale, University of Michigan, and Harvard, “I have taught some of America’s best and brightest students,” he says. “And many of them—I would arguably say most of them—are clueless about the degree of racial inequities that exist.”

Even before the pandemic that has disproportionately harmed Black and brown people, Black Americans had shorter life spans and were more likely to suffer from a wide range of chronic health conditions. For example, Black women are at particularly high risk of heart disease and strokes, and are much more likely to die from childbirth and breast cancer than white women.

These problems are exacerbated by a workforce dominated by white and male doctors, who often tend to dismiss the health concerns of women and people of color—or to rely on harmful stereotypes when treating them. For example, in the research for her book, Wingfield observed stereotypes that she attributes in part to the lingering influence of the 1980s’ drug epidemic, and the “war on drugs” policies of penalizing rather than treating people with drug addictions.

“Many Black practitioners that I interviewed still see vestiges of that today in their work, where white peers will make racial stereotypes about patient populations,” she says. “They expect that these patients are just simply ‘drug users seeking a fix,’ or that they are people who are too lazy or unintelligent to take care of their health.”

As a result, Black doctors and other health care workers who want to combat those racist assumptions and make sure that Black patients receive fair treatment in the health care system often take on the unpaid work of what Wingfield calls “racial outsourcing.”

That involves “Black workers doing more to make sure that patients felt that they were receiving a fair equitable experience in the health care system,” she explains. “Institutions don’t do the necessary work of making spaces more accessible and available to communities of color, but instead leave that work up to the few Black professionals that are in their employ.”

As a result, these employees often end up feeling “exploited and used by the institutions where they work,” Wingfield says. “For Black health care workers, that disparity means that there’s a lot more work that they have to do for patient care—not only in terms of dealing with patients who may suffer from existing health disparities, but also in dealing with colleagues and in some cases, supervisors, who make their jobs more difficult by mistreating the patients that they’re trying to care for.”

Now, she and other public health experts and doctors say they are cautiously optimistic about the attention that medical schools, hospitals, and other health care organizations are paying to the national protests against racism—and the long-term changes they need to make to address their own systemic issues.

Tina Sacks, an assistant professor at UC–Berkeley’s School of Social Welfare and the author of Invisible Visits: Black Middle-Class Women in the American Healthcare System, says she’s heartened by some medical students she is advising as part of a Berkeley joint program with UC–San Francisco. Most of those students are not Black, but “they have started to interrogate and really push back against how that outdated way of thinking about race actually contributes to health inequities,” Sacks says. “It’s not only about unconscious bias. These medical students are saying, ‘This is overt, and we are being trained to sort people based on their race, when that has nothing to do with their underlying health condition.’ That’s super helpful for me as we start to think about the future of American medicine.”

Back in Brooklyn, Uché Blackstock is hoping that her advocacy, as part of this larger reckoning, can help draw more attention to the many ways that more diversity within medicine’s top ranks can improve health care outcomes for all patients.