At Ikea, a tale of two plant-based ‘meatballs’ 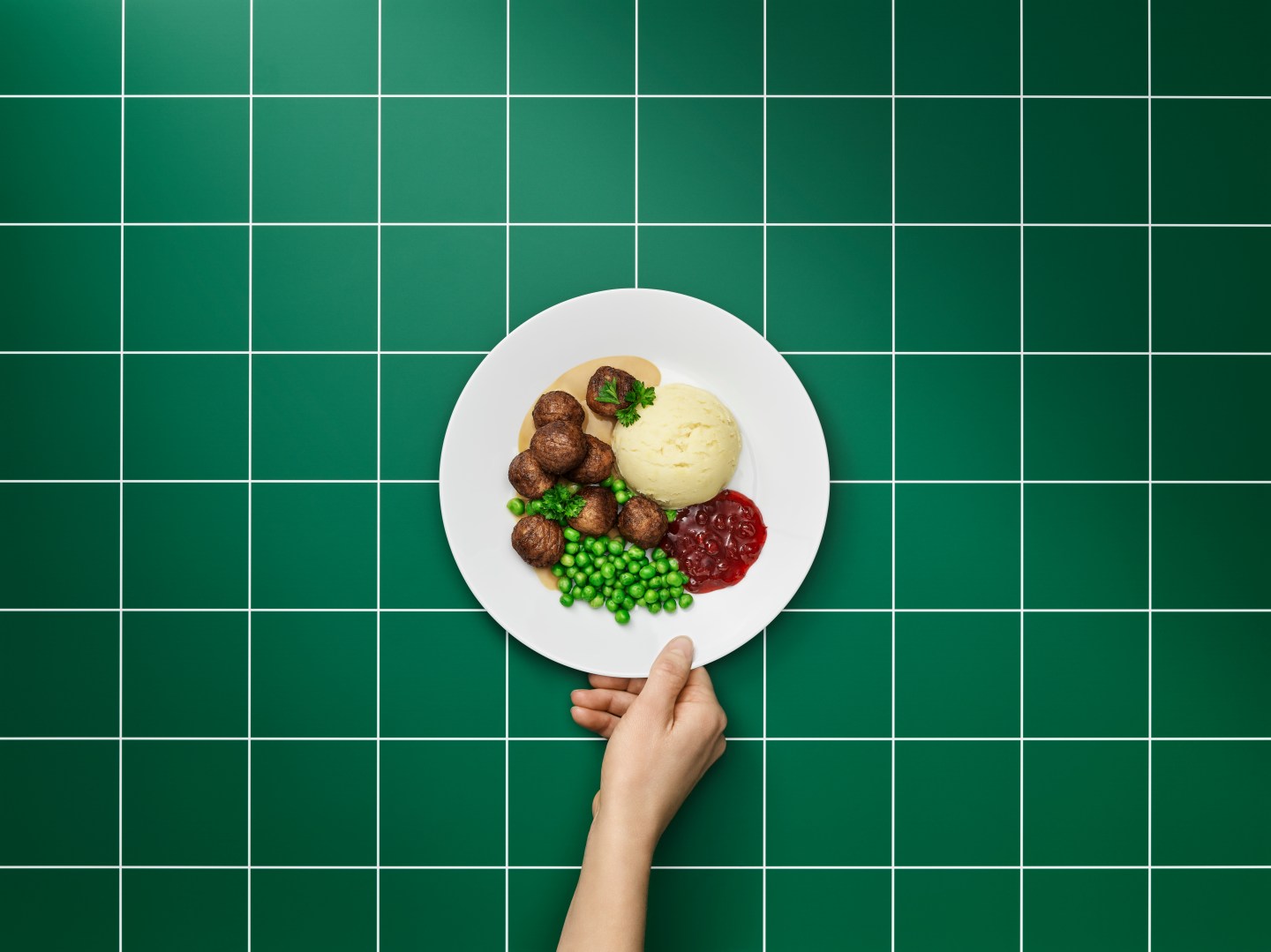 Ikea sells some 1 billion of its iconic meatballs every year. But going forward, the Swedish furniture giant wants more of them to be made of plants.

The company announced earlier this month that it would roll out its “plant ball” in Europe in August and in the U.S. at the end of September.

Ikea will now have two vegan meatballs on the menu: the new plant ball, and a “veggie ball” that the company launched in 2015.

Lest you think Ikea is overdoing it with the plants, the company insists that the two products serve different purposes. The veggie ball—somewhat reminiscent of a falafel in both look and taste—is meant to target and give more options to vegetarians. With bits of corn and pepper visible, there’s no question that it’s made of vegetables. However, the new plant ball—made of pea protein, oats, potatoes, onion, and apple—is instead designed to look and taste like meat.

“The plant ball is really to take us a step toward people who love meat, making it a little more recognizable to what they’re used to eating,” says Krista Boyer, Ikea food range and supply manager.

Ikea’s decision to roll out the new meatball alternative is a prime example of the broader movement that’s taken place within the plant-based industry over the past few years. To broaden the appeal of vegetarian and vegan products, companies are increasingly attempting to replicate meat as closely as possible—an approach that has led to a burgeoning group of startups like Beyond Meat and Impossible Foods.

As Fortune explained in a deep dive into the plant-based meat industry in 2017, “the goal here is not to create your vegan cousin’s Boca Burger of yore, but instead a veggie patty that a hard-core carnivore wouldn’t be ashamed to bring to a neighborhood barbecue.”

The logic behind the strategy is that to have any true impact on reducing greenhouse gas emissions, companies must appeal to more than the subset of the population that has chosen a vegetarian or vegan lifestyle.

Ikea says the climate footprint of its new plant ball is only 4% of its classic meatball. If it converts about 20% of its meatball sales to plant balls, the company calculates that it would reduce its climate footprint in the food business by 8%. Boyer says the company’s goal is to have 20% of its food sales come from plant-based products by its fiscal 2022. “Sustainability is a top priority for us,” she says, noting that the move is part of the company’s broader mission to become climate positive by 2030.

The significance of the company’s decision to allow its plant balls to cannibalize its iconic Swedish meatball should not be understated. The Swedish meatball has become core to Ikea’s identity. Only three other product lines have been part of Ikea for as long: the Lack coffee table, the Klippan sofa, and the Billy bookcase.

Ikea started serving food in the 1950s when founder Ingvar Kamprad realized it was difficult to sell furniture to hungry customers. In 2015, Gerd Diewald, then head of U.S. Ikea food, told Fortune, “The meatball is the best sofa seller for Ikea because it keeps people engaged and happy.”