What Starbucks learned about COVID-19 from its China stores 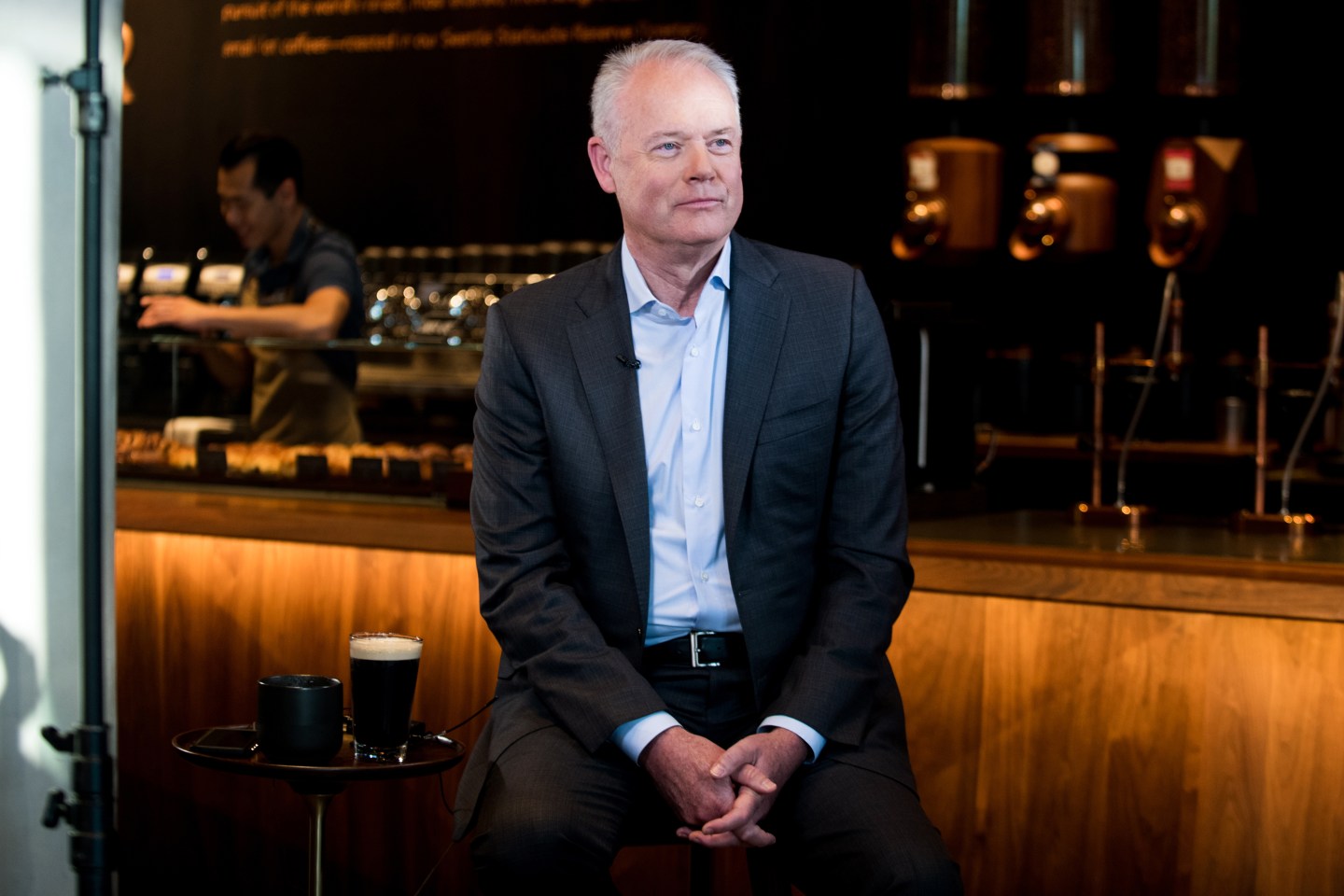 To Starbucks CEO Kevin Johnson, there’s no question that COVID-19 will change humanity. “I do believe that this global pandemic will reshape the way we think about and live the rest of our lives,” he said.

The virus has already changed the way the company runs its stores. The global retail giant is in what Johnson called a “monitor and adapt phase,” following a playbook that will likely guide the company for the next 18 to 24 months while the world waits for a widely available vaccine, or multiple vaccines, he said.

“Until there’s a vaccine,” Johnson said, “everyone around the world is going to be aware that we have to live in a world with COVID-19.” Johnson made his comments Thursday as part of the National Retail Federation’s virtual leadership series.

Through its operation in China, Starbucks had an early look at how the virus might impact the world. Johnson said he started to get involved with the leadership team in China’s COVID-19 response in mid-January, and it was quickly “evident [that the virus] would be something that would impact all markets around the world.” As the virus moved to other parts of the globe, the company adapted the safety protocols it had created for China in various regions.

Johnson said that even though the pandemic is ongoing, the company is no longer in crisis mode, because it has figured out how to operate in this new environment. “We’re in a position now where we accept that is the new reality until there’s a vaccine,” he said. “This is the new environment that all retailers have to operate under.” Johnson said this moment is a chance to build a sense of trust with customers; if they believe retailers are creating safe environments for them, that trust will continue beyond the pandemic, he added.

Starbucks has provided all of its store employees with facial coverings, installed plexiglass at the point of sale, and instituted employee hand-washing on a 30-minute basis. The protocols, he said, were grounded in its work of understanding the science behind the spread of COVID-19. “If we don’t provide a safe environment, we and the economy can’t expect to reopen.”

Starbucks was one of the first retailers to say that it would require customers wear face coverings in its stores, a mandate that went into effect yesterday.

Johnson noted that while the average amount spent per transaction had increased during the pandemic, the product mix was essentially unchanged. Trends that had already emerged were continuing: cold beverages outselling hot drinks and the move toward plant-based beverages and food. Earlier this summer, Starbucks started offering breakfast sandwiches made with Impossible Foods’ plant-based sausage patty.

However, the pandemic does have the potential to remake the company’s store footprint. With a significant amount of commercial real estate likely available in urban areas—at what Starbucks believes will be a lower rate—the company is going to “take this opportunity to transform its store portfolio,” Johnson said. Starbucks is planning on opening more rapid pickup stores in urban areas—what are essentially the pedestrian equivalent of a drive-thru.

“The concept of experiences that are safe, familiar, and convenient,” Johnson said. “That’s going to be the theme until a vaccine or multiple vaccines are available.”