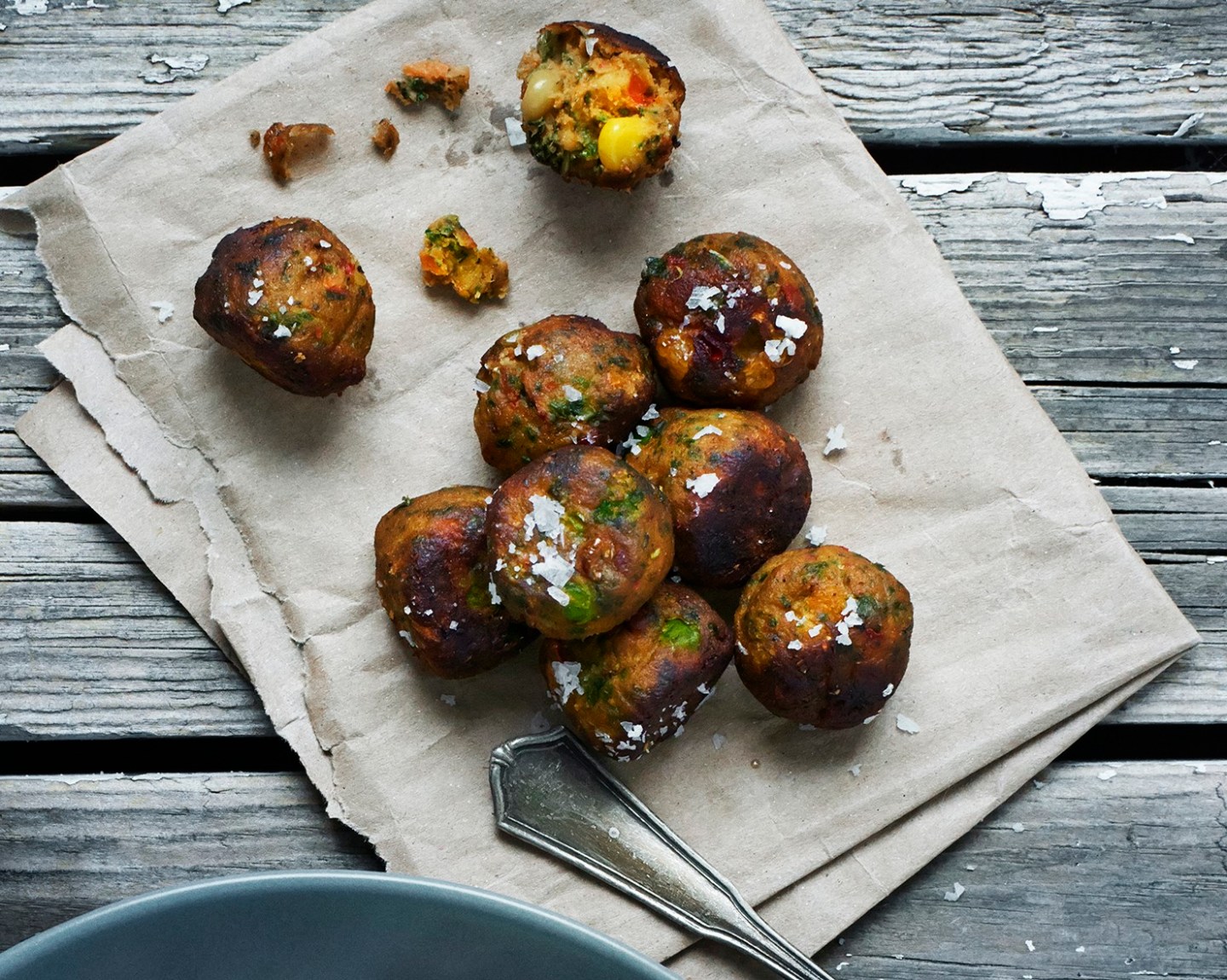 Before we go any further, let’s get this out of the way. Ikea is not getting rid of its famous Swedish meatball, a billion of which are sold every year. Now you can relax.

Rather Ikea is undergoing an “enlargement of the balls menu,” in the memorable phraseology of Michael La Cour, managing director of Ikea Food Services. Tomorrow Ikea will roll out veggie balls in its restaurants followed by chicken balls later this month. Both will available for purchase in the Swedish food market this summer.

In March Fortune detailed Ikea’s plan to grow to €50 billion in sales by 2020, up from €28.7 billion in its fiscal 2014 ($39 billion based on the average exchange rate for Ikea’s fiscal year), by planting its blue and yellow flag around the globe.

Expanding its food offerings is also key to Ikea hitting its target. “We are very ambitious about the food business,” La Cour says. “This will help us drive growth.” The food operation is currently €1.67 billion (approaching $2 billion based on today’s exchange rate), putting it at roughly the same size as the Cheesecake Factory (CAKE).

The furniture behemoth is already the largest exporter of Swedish food, purchasing 25% of its home country’s annual lingonberry supply, and serving 600 million guests in its restaurants, Swedish food market, and bistros every year.

The veggie balls, which are vegan, are designed to draw in non-meat eaters—which is particularly relevant as Ikea looks to invest $2 billion in India over a decade—and so-called flexitarians, who want to cut down on meat consumption. “There’s a move in the U.S. in particular but also worldwide,” Gerd Diewald, head of U.S. Ikea food, tells Fortune at a tasting at Ikea’s Brooklyn store this morning. “People want to know what’s in their food,” he adds, noting that customers are more interested in finding out nutritional informational and whether the animals were humanely treated.

But the launch of the veggie balls—or Grönsaksbullar, in Swedish—is also a move to align the food business with Ikea’s overall strategy of making more sustainable products at affordable prices, thereby creating a “better everyday life for the many people” in Ikea lingo. Both the chicken and veggie balls have a significantly lower carbon footprint than the original meat-pork combo.

The veggie balls will be priced at $4.49 for 10 pieces, and customers will also be able to add five to any entree for $1. “Good nutritious food doesn’t have to be expensive,” Diewald says.

The offerings are a new step for Ikea in applying its democratic design principles of form, function, quality, sustainability, and affordability to the food aisle. By the fall all of Ikea’s seafood other than crayfish will be certified by the Marine Stewardship Council or Aquaculture Stewardship Council. The company will also roll out frozen yogurt, which has a lower fat and calorie and fat count than its soft ice cream, and New Nordic fruit waters, which have significantly less sugar than soda. The classic meatball has been antibiotic free for over year. Ikea will also increase its organic offerings.

Ikea decided to start its overhaul of its food offerings with its most popular dish, with Diewald joking that they were “going from meatballs to amazeballs.” Only three other product lines have been part of Ikea for as long as the Swedish meatball, which was introduced three decades ago—the Lack coffee table, the Klippan sofa, and the Billy bookcase. Ikea first started serving food in the 1950s, when founder Ingvar Kamprad noted that it was hard to sell furniture with hungry customers. “The meatball is the best sofa seller for Ikea because it keeps people engaged and happy,” says Diewald.

The veggie balls, made with chickpeas, green peas, carrots, bell peppers, and corn, are reminiscent of falafel—this reviewer’s verdict: delicious—and will be served with a roasted cauliflower and sweet potato sauce in the U.S. with the sauce changing seasonally. Peter Ho, Ikea’s food range and product developer for the U.S., is thinking about mushrooms for the fall and winter, but the offering will always be vegan. The chicken balls are the same recipe as the traditional Swedish meatball but with chicken substituted for the beef and pork. They will also be antibiotic free.