Fact checking claims from the Democratic debate in Charleston 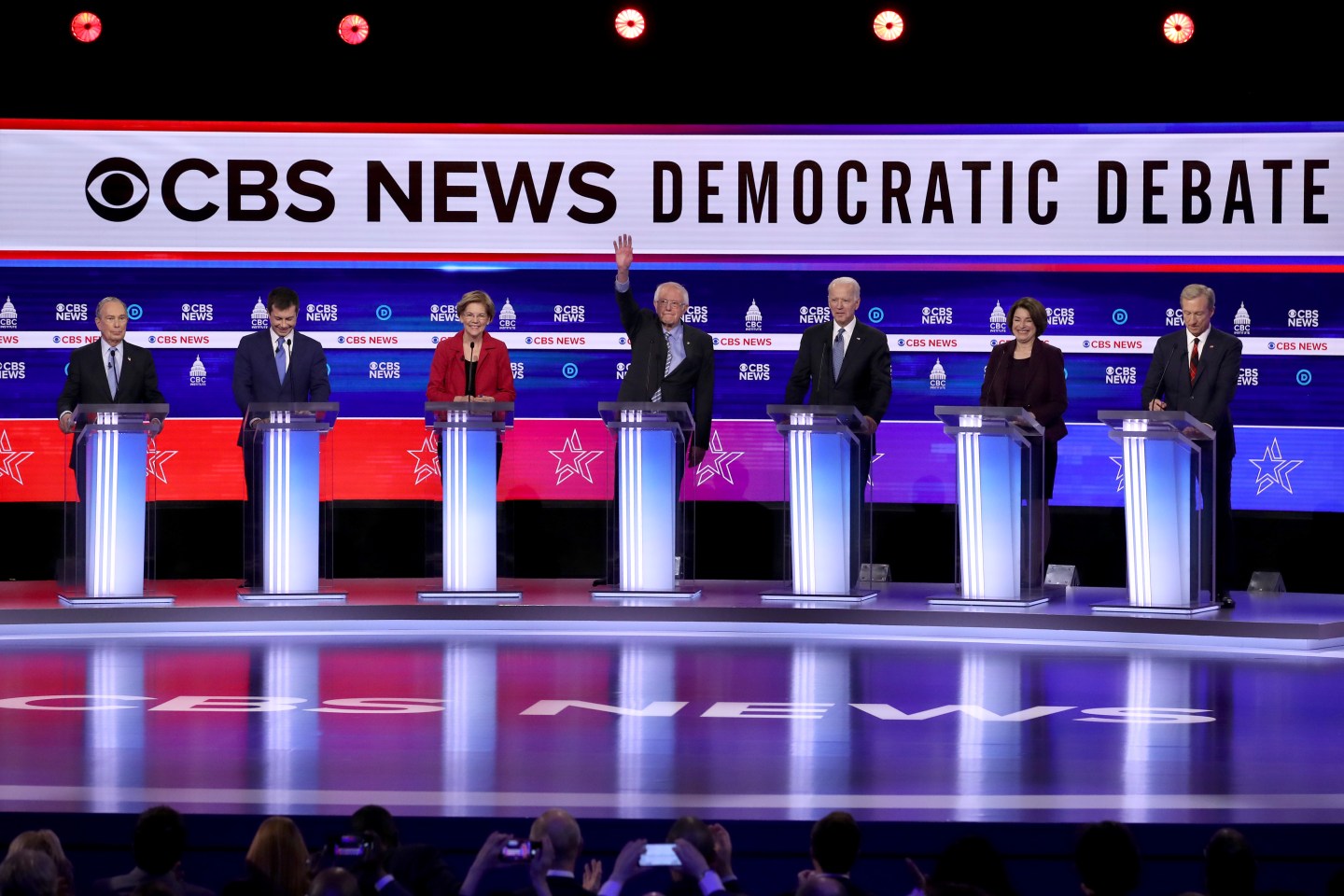 They flailed their arms, talked over each other and at one point called for backup, asking fact checkers to come to their rescue.

The last debate before a crucial stage of the primaries was an often unruly affair as the Democratic presidential contenders powered past the moderators in a scramble to take credit and occasionally dodge blame on a range of subjects. Distortions ensued.

A look at some of their claims Tuesday night in Charleston, South Carolina, and how they compare with reality:

JOE BIDEN: “A hundred and fifty million people have been killed since 2007, when Bernie voted to exempt the gun manufacturers from liability.”

THE FACTS: Biden vastly overstated gun deaths. The Centers for Disease Control and Prevention reports about 413,000 gun deaths from 2007 to 2018, a far cry from 150 million, which equates to close to half the U.S. population. More than half of the gun deaths in 2018 were from suicide, says the CDC. His campaign acknowledged he misspoke.

BERNIE SANDERS: “What every study out there — conservative or progressive — says, ‘Medicare for All’ will save money.”

THE FACTS: Not true. Some studies say that, some don’t.

Sanders, a Vermont senator, cites a recent medical journal article in The Lancet, which estimated “Medicare for All” would save more than $450 billion annually, or about 13%.

But other studies have found a Sanders-like single-payer plan would cost more, partly because free health care would increase the demand for services.

A study last fall from the Commonwealth Fund and the Urban Institute estimated that such a plan would increase national health spending by about $720 billion. A Rand study estimated spending would increase 1.8% under a national single-payer plan.

AMY KLOBUCHAR: “I am the author of the bill to close the boyfriend loophole that says that domestic abusers can’t go out and get an AK-47.”

BIDEN: “I wrote the bill, the Violence Against Women Act, that took (guns) out of the hands of people who abused their wife.”

KLOBUCHAR: “OK we’ll have a fact check look at this.”

BIDEN: “No, let’s look at the fact check. The only thing (is) that that boyfriend loophole was not covered, I couldn’t get that covered. You, in fact, as a senator tried to get it covered and Mitch McConnell is holding it up on his desk right now.”

THE FACTS: Klobuchar, a Minnesota senator, correctly called out the former vice president for seeming to take credit for legislation closing the “boyfriend loophole.” Biden conceded the point, then correctly pointed out that the loophole has not been eliminated in law.

In short, Biden did write the legislation that became the Violence Against Women Act, one of his most prominent achievements. The 1994 law sets out services and specific protections for victims of domestic violence.

Klobuchar took the lead in the Senate on legislation passed by the House that would extend the law’s protections to help women who are threatened by abusive partners who are not a spouse, ex-spouse or parent of a common child — in other words, boyfriends or dating partners. But that effort, opposed by the National Rifle Association, has been hung up in the Senate.

MIKE BLOOMBERG, responding to Elizabeth Warren’s demand that he lift non-disclosure agreements for all women who signed them: “We are doing that, senator.”

THE FACTS: He hasn’t done that.

Bloomberg agreed to release three women from non-disclosure agreements in situations where they specifically identified an issue with him. But many more former Bloomberg employees have signed such agreements, having to do with the culture and work environment at his company. He hasn’t freed them from their obligation to stay quiet about their complaints.

ELIZABETH WARREN: “At least I didn’t have a boss who said to me ‘kill it’ the way that Mayor Bloomberg is alleged to have said to one of his pregnant employees.”

BLOOMBERG: “I never said that.”

THE FACTS: The woman who made the allegation against Bloomberg recounted it in a legal filing.

Former Bloomberg employee Sekiko Sekai Garrison, 55, filed a complaint against Mike Bloomberg and his company with the New York Division of Human Rights in 1995. In Garrison’s written complaint, she recounted several personal interactions with Bloomberg when she worked at the company.

In one incident, Garrison said Bloomberg approached her near the office coffee machines and asked if she was still married, according to the complaint.

Garrison says she responded that her marriage was great and that she was pregnant with her first child, and alleged that Bloomberg replied: “Kill it.” Bloomberg has denied that the exchange happened, but in her complaint, she transcribed a voicemail she says Bloomberg later left on her voicemail, apologizing and saying he meant the “kill it” remark as a joke. Her complaint was eventually settled as part of a lawsuit with no admission of guilt, and she resigned from the company.

BLOOMBERG, on China’s president, Xi Jinping: “In terms of whether he’s a dictator, he does serve at the behest of the Politburo, their group of people. There’s no question he has an enormous amount of power. But he does play to his constituency.”

Xi serves as the head of the ruling Communist Party’s Politburo Standing Committee and is also head of state and leader of the party’s military wing, the People’s Liberation Army. The Politburo and its standing committee aren’t generally viewed as a check on his power. Although Xi’s moves to accumulate power have been criticized by some non-party intellectuals, he faces no clear rivals or constraints on his power.

However, a faltering economy and the knock-on effects of the coronavirus outbreak that originated in China are seen as placing him under greater pressure than he has previously faced.

—What happens to leftover campaign funds when a candidate drops out of the race?
—Putting politics aside to close the skills gap
—America’s heading for a tax on the middle class
—The case for a national primary
—Can Amazon convince a federal court to depose Trump over a $10 billion Pentagon contract?