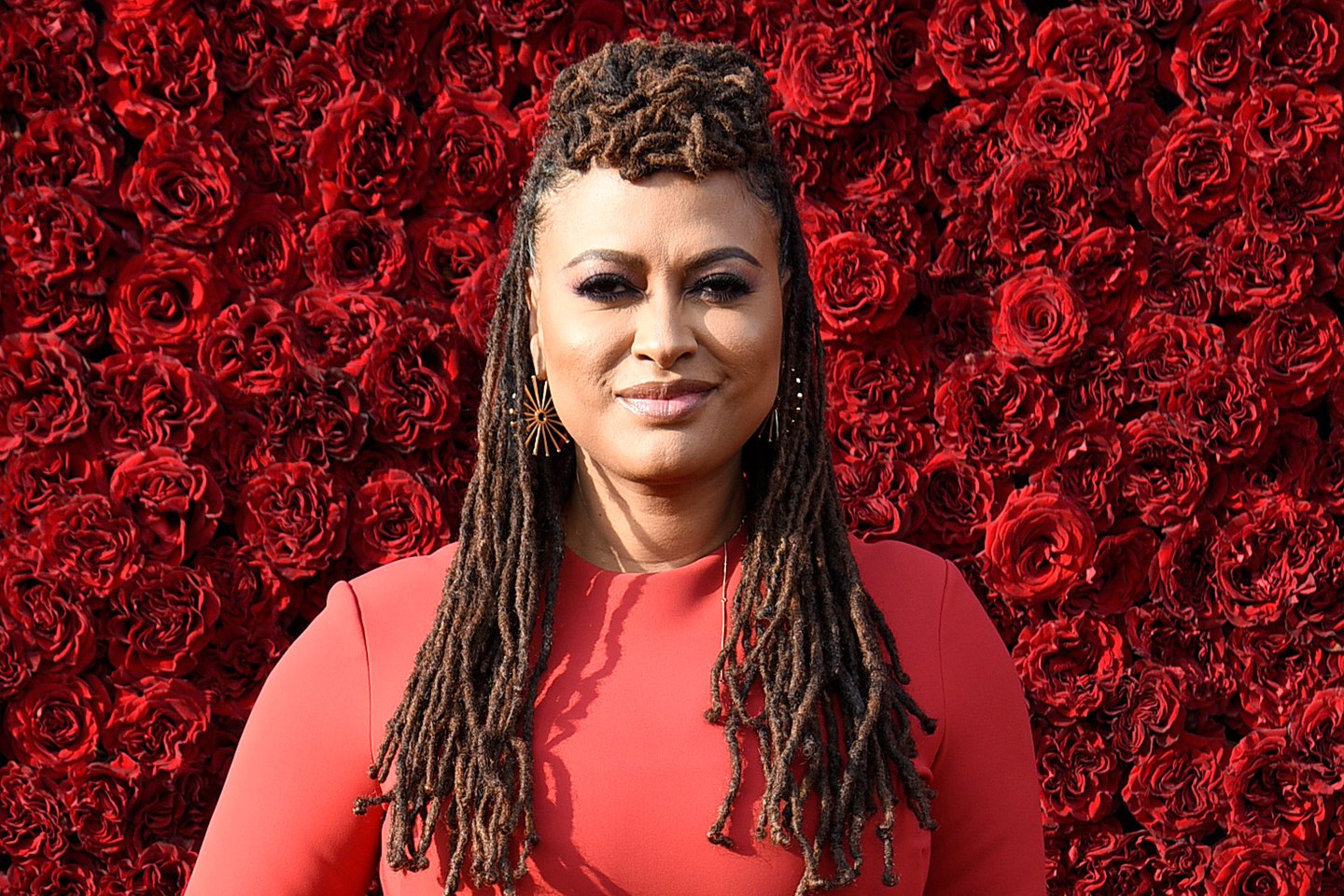 After nearly a decade spent making period- and world-specific films and TV series, including Selma, A Wrinkle in Time, Queen Sugar, and When They See Us, Ava DuVernay’s biggest challenge to date could be telling a modern love story in her hometown of Los Angeles.

And Cherish the Day, the Oscar-nominated filmmaker’s second effort for the Oprah Winfrey Network (OWN), is as ambitious in its conceit as its narrative structure: The series’ eight-episode first season, premiering over two nights starting Feb. 11, chronicles five years in the relationship of an L.A. couple (Xosha Roquemore and Alano Miller), with each episode spanning one milestone day in their lives.

DuVernay, who created Cherish and serves as its lead writer and executive producer, sat down with Fortune in Pasadena, Calif. in January to discuss the challenges and joys of depicting romance in black Los Angeles, how it felt to achieve gender parity on the Cherish set, and why her friend and mentor, Oprah Winfrey, is a “master” at giving notes.

Cherish is your first TV project set in L.A. How much of a relief was this for you after spending years navigating history-specific and larger-scale productions?

It was so nice. I always embed myself so deeply in research. This time I was like, “Oh, I’ve lived this stuff!”

Yeah, I think so. (Laughs) And I can support that in the writing as opposed speaking with 10,000 people or going to the Library of Congress to pore through microfiche in order to get it right. There was none of that this time.

And there’s no mistaking that the series is about modern relationships as the opening montage features—via a split-screen—two different male/female couples making love. Depicting people of color in the throes of pleasure still feels like a revolutionary act. Did it feel that way to you too? And was that the point?

That’s a fantastic question and really observant. As a black woman who loves movies and TV… I am fluent in white love. I’ve seen it all. Every story! And I love it because I love romance and love stories. But I prefer dramas. I’m more Notebook than rom-coms. I want something to go wrong, then see them get back together. (Laughs) But yes, it’s a radical act seeing black bodies like that, unencumbered. I needed to open with something that showed that, wherever the series goes from here, it’s about blackness, love, physicality, emotion… it’s all on the table.

It’s also about black people enjoying their sexual freedom, which we don’t often see on TV.

Yes. And trying to find pleasure— and maybe not necessarily with each other. The whole journey. And actually, that opening montage wasn’t in the pilot script. It was during editing that I realized, “I want to say something more here because it’s a series opener, not just a season opener.”

It definitely sets a specific tone. “It’s sexy time on OWN!“

The series feels very rooted in reality in that you aren’t shooting on sets; rather, on the streets of Los Angeles. How important was that to telling this story?

Yes, there are no built locations—everything is practical. We’re out on the streets or in people’s homes, which is so different from Queen Sugar, where we’re either working on stages or on the farm.

And that series is very expansive by comparison.

Yeah, a lot of moving parts. But the intimacy of this story was more challenging for me as a writer—as was helping to run the writers room—because there’s no B-story. In editing there’s literally nothing else to cut to! We stay on these characters for an entire hour. So we thought “Let’s at least make it all look pretty.” And I’m not just from Los Angeles, I love Los Angeles. I’ve been around the world and I still love L.A. And black L.A. That’s why I love [HBO’s] Insecure; we get to see and explore all the neighborhoods.

Like Insecure, your show also humanizes neighborhoods that have long been depicted as war zones overrun by gangs. For many, our only points of reference for “black Los Angeles” were films by the late John Singleton, who chronicled the heartbreaking violence suffered by so many in the 1990s.

Yes. I think this show is going deeper. His films were an introduction, and he was saying a lot.

And at a time when no one was telling those stories.

Yes. It was important. Growing up in Compton, I experienced the Boyz in the Hood and the Straight Outta Compton stories. But I’ve also experienced Cherish the Day. It’s about a balance now. There are black people everywhere! So much is informed not just by where you grow up, but also what you’re seeing onscreen. Even if your environment is isolated, when you see something on TV or in movies that tells you “Oh, that exists too,” then you know there’s a bigger world out there. For many, to never see it onscreen means it doesn’t exist.

“Cherish” marks the first time DuVernay (seated, in orange) has achieved full gender parity among the crew in one of her productions.
Ser Baffo © 2019 Warner Bros. Entertainment Inc.—Courtesy of OWN

Another milestone you’ve achieved with Cherish the Day is total gender parity on set, including in the crew. Was this a deliberate goal from the beginning?

It’s definitely a first for me and not at all usual. Even with Queen Sugar, which has all female directors, we’ve never had gender parity in the crew, largely because we shoot in New Orleans. So this was an experiment. It’s my first L.A. show so I said, “I think we can do it here. And let’s make sure we do.”

How does it feel to walk around the set and see women doing traditionally male job—essentially those that require tool belts?

It feels great. I had women grips on A Wrinkle in Time, too. One of my favorite things is seeing a woman on a ladder with a tool belt. “Yes girl, do it!” (Laughs) Scenic painters, grips, dolly grips—women do all those types of jobs now.

To what degree is Oprah still giving you notes, now more than five years into your OWN partnership?

She always gives me notes. On this one, she loved the concept and was more hands-off, though she did read the first script. It’s been fewer notes than on Sugar when I got noted to death by her. (Laughs) But hers aren’t line notes; they’re more general. “This doesn’t work” or “This is boring.” She’s been a prolific producer for so long—and an actor. And actors know how to break story. Also, every episode of The Oprah Winfrey Show was a contained story with a beginning, middle, and end. She was a news person, so she knows how to craft a story arc—how to ramp it up, how to end it. She is the master.

You famously worked as a publicist for many years before devoting your life to filmmaking. How has that training taken on a new value for you?

A lot filmmakers I know are afraid of publicity and PR. They are challenged by how to best communicate their visions to marketing and PR departments, and to the public; about knowing the right language. I get calls probably six or seven times a year from people saying, “I’m going into my marketing meeting, can we talk?” Sometimes from major filmmakers I don’t even know! “Someone told me to call you” or “My publicist can’t really tell me how to do this.” Also, I think a lot of people on the other side of the camera are afraid of “getting got” by the media. They’re afraid of the setup, which is something you have to keep your guard up for. You learn who you can talk to, and who you can trust.

“The intimacy of this story was more challenging for me as a writer because there’s no B-story,” says DuVernay of crafting the evolving relationship between Evan and Gently (played by Roquemore, pictured).
Steven Baffo—Warner Bros. Entertainment Inc.

On the rare occasion you have free time to relax, what is your favorite thing to watch?

I don’t have a TV in my bedroom, but I have a little place to sit outside of the room—that’s where the TV is. I actually don’t think you should have a TV in your bedroom, especially if you’re like me and would end up watching TV all night. (Laughs) There’s this Netflix documentary series with a female chef who makes me smile called Salt, Fat, Acid, Heat that I put on all the time when I’m getting dressed.

Yes! I’ve seen it maybe 100 times. It’s on in the background. I love seeing her smiling, eating, and traveling. The colors are so vibrant; the cinematography is gorgeous. That’s my comfort. Her joy makes me happy. I love that show. I hope to meet her one day.

You’re now equally prolific as a writer, director, and producer. If you meet someone for the first time now who doesn’t know you, how do you introduce yourself?

I say, “I’m a filmmaker.” It actually happens a lot in Ubers and on planes. On a flight a woman asked me, “Have you made anything I’d know?” Then I have to figure out, “Hmmm, what might she know?” I always end up saying “I made a film about Dr. King called Selma.” Then it’s, “I saw that! or ‘I’ve heard about that.” That’s usually my way in.

Then you say “And by the way, Oprah’s my best friend.”

(Laughs) No. But it’s nice to have those moments where you get to introduce yourself. I just feel so lucky to be able to work in film and TV.

It’s almost hard to remember there was a time when working in TV meant you were slumming it in Hollywood.

It’s not even a question anymore. Meryl Streep, Julia Roberts…the last frontier is Denzel Washington. (Laughs) But TV and film… it’s all the same now— just different forms of storytelling. It’s a really nice time to be working in both.

It’s a good time to be Ava.

It’s a good time for us all!

—How history-making wins for Parasite and The Farewell can shift Hollywood’s diversity narrative
—Summertime director and cast on crafting a “love letter” to Los Angeles
—The best movies that came out of the 2020 Sundance Film Festival
—HBO’s McMillion$ shows how cheaters scammed McDonald’s Monopoly game
—The Assistant director Kitty Green on capturing in-office power dynamics
Follow Fortune on Flipboard to stay up-to-date on the latest news and analysis.