What is tech doing to protect the whistleblower’s identity? Not much, experts say 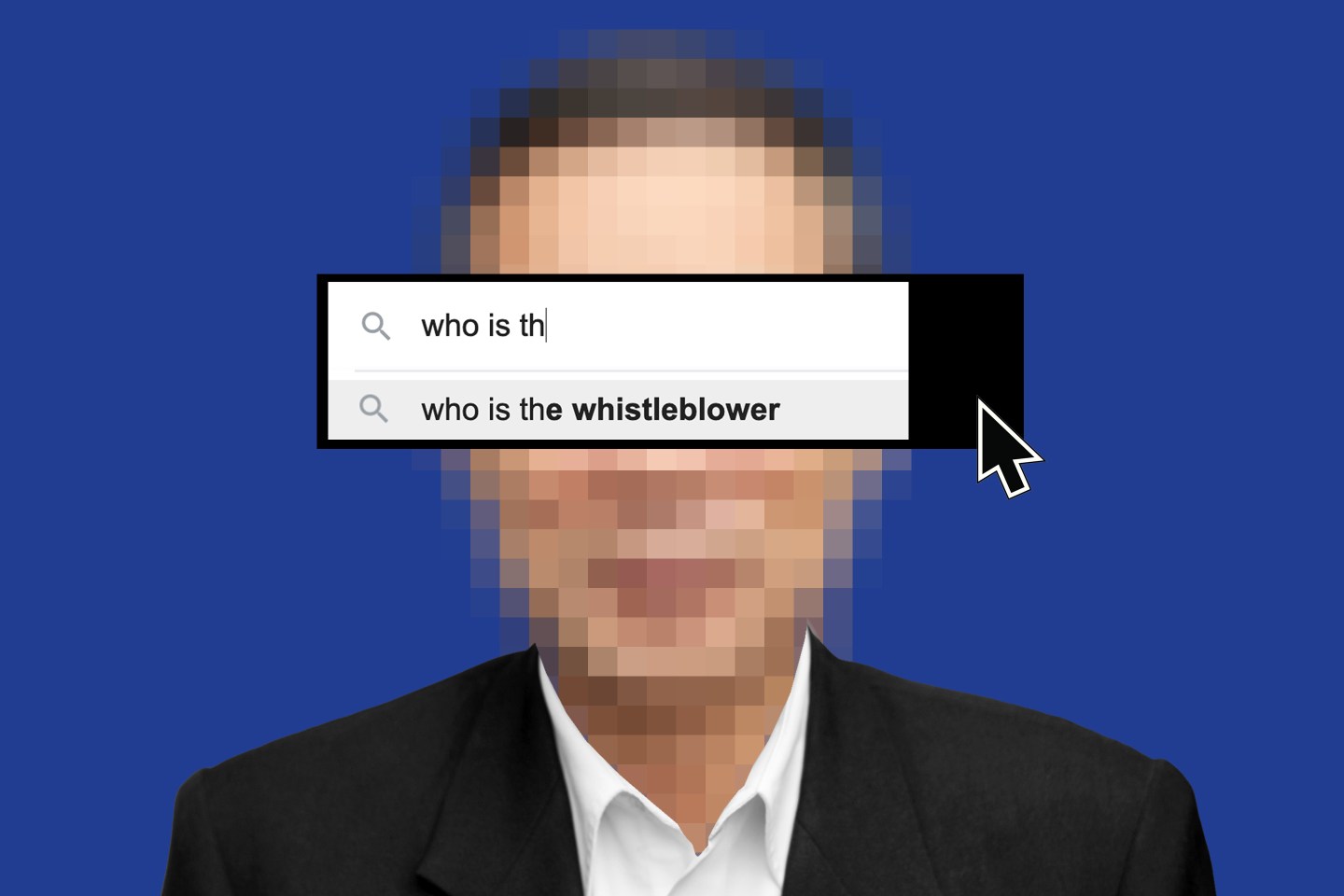 If you type the words “who is” into a Google search box, as of this writing, the phrase “who is the whistleblower” appears as the first entry in a list of auto-completed, algorithmically-curated suggestions. Relating to an anonymous individual in the intelligence community who filed a complaint about the July 25 telephone call between President Trump and Ukrainian President Zelensky, the search term is popular because Republicans contend that this mysterious person is a central figure in the impeachment trial.

But “who is the whistleblower” is more than just a Google-generated search suggestion. Bing, Microsoft’s search engine, spits out the same top recommendation. Currently, a series of videos purporting to identify the whistleblower appears when that term is typed into Facebook’s search box. And the whistleblower’s identity can be found all over Twitter as well, linking to stories by a handful of news outlets, including the New York Post, claiming to have outed the anonymous figure.

But that’s just what happens when people actively search online for the whistleblower’s identity, information that they could also come across without trying. On Nov. 21, for example, after former President Barack Obama spoke at the Dreamforce tech conference in San Francisco, simply searching for “obama” on Google yielded a first page news result that included the alleged whistleblower’s full name and photo. And there’s the social networks, where the figure’s identity regularly appears in news feeds, scrolling by in news story and blog post headlines.

None of this, however, is illegal. In the case of Trump’s phonecall, the whistleblower is covered by a federal whistleblower law that covers intelligence officers and says the Inspector General shall not identify them without their consent. Other whistleblower laws offer broader protections, and though there’s no law that prevents the press or social media platforms from revealing the name, there are powerful ethical reasons for them not to.

According to Ken Paulson, the former publisher of USA Today who now heads the Free Speech Center at Middle Tennessee State University, publishing the names of whistleblowers can harm society by deterring others from coming forward to report crimes and corruption themselves. Paulson adds there are a handful of other situations—notably in the case of stories about rape victims or juvenile offenders—where the press chooses not to identify individuals on the grounds that doing so would cause more harm than good.

But these norms reflect the conventions of the traditional media. It’s unclear if the arrangements also apply to internet platforms like Google and Facebook, which don’t make editorial decisions in the same way as publications like Fortune or the New York Times—though some argue they should.

Paulson acknowledges the challenges confronting the tech sites, but suggests their failure to help protect the Trump whistleblower’s identity is a moral abdication. “In the end, this is all about values,” he says.

But evaluating the behavior of online platforms is tricky, in part because of the tremendous volume of content that users upload every minute to the sites. Google tells Fortune that 15% of queries requested every day are new, and that its rules have to be able to scale—even though the company already depends on algorithms that it constantly tweaks. The search giant also says it has no policy when it comes to ranking or removing search results that contain the whistleblower’s name.

Twitter also lacks rules to protect the whistleblower’s identity, as the public witnessed when President Trump retweeted the alleged whistleblower’s name at the end of December. However, if a user tweeted any private information about the whistleblower (or any person), like the person’s address or phone number, that tweet would violate its rules.

Meanwhile, both YouTube and Facebook say their community standards protect the whistleblower’s identity, but for years they have struggled with policing their services, historically allowing violence, pornography, and hate speech to disseminate to millions of users.

According to YouTube, videos, comments, and “other forms of content” that mention the potential whistleblower’s name violate the service’s rules, and therefore are subject to removal. Similarly, Facebook says it has had a “longstanding” policy that protects witnesses, informants, and activists.

“We are removing any and all mentions of the potential whistleblower’s name and will revisit this decision should their name be widely published in the media or used by public figures in debate,” a company spokesperson for Facebook tells Fortune.

Do the old rules still apply?

Some tech companies’ apparent reluctance to shield the whistleblower reflects a power shift in the media landscape, as the likes of Google and Twitter eclipse the influence of traditional outlets—while also ignoring journalistic conventions.

First Amendment attorney Floyd Abrams recalls that, in 1971, a radio broadcaster named a whistleblower who was being protected by his client, the New York Times, in the Pentagon Papers case. The broadcaster, Abrams says, was ostracized by others in the media, and the whistleblower name largely remained a secret.

Today there is little indication that Silicon Valley companies exert a similar peer pressure on one other when it comes to respecting norms to protect whistleblowers.

Both Paulson and Abrams note that there could be a situation when naming the Trump whistleblower could be justified—namely if it was someone extremely prominent, such as Vice President Mike Pence, whose name carried immense news value.

This does not appear to be the case with the Trump whistleblower. Widespread exposure of his personal information could serve little purpose in the impeachment trial, but could create a chilling effect for others who speak out in the future.

Over the years, Congress has expanded the scope of whistleblower protection law, partly as a response to Americans’ diminishing trust in government. Yet there appears to be little appetite among lawmakers at the moment to expand the laws further to limit the sort of exposure that has befallen the Trump whistleblower. In any case, Abrams and Paulson say any such attempt would likely violate the First Amendment.

For now, future informants may take some comfort that reports about the Trump whistleblower’s identity do not appear to have echoed across most of the media. As such, some of the old rules appear to be still in place—even though the shield of anonymity they once offered has weakened.

“I think this is an area where one can distinguish between ‘the press’ and social media entities,” says Abrams. “I think the press is acting responsibly by not publishing the name, and I think social media is acting as it generally does by not passing judgment on what it releases.”

—Donald Trump and the power of incumbency
—Just six candidates qualify for the January Democratic debate
—The wealthiest members of Congress—and how they made their millions
—USPS could privatize as early as next year
—2020 Crystal Ball: Predictions for the economy, politics, technology, and more