The Wealthiest Members of Congress—And How They Made Their Millions 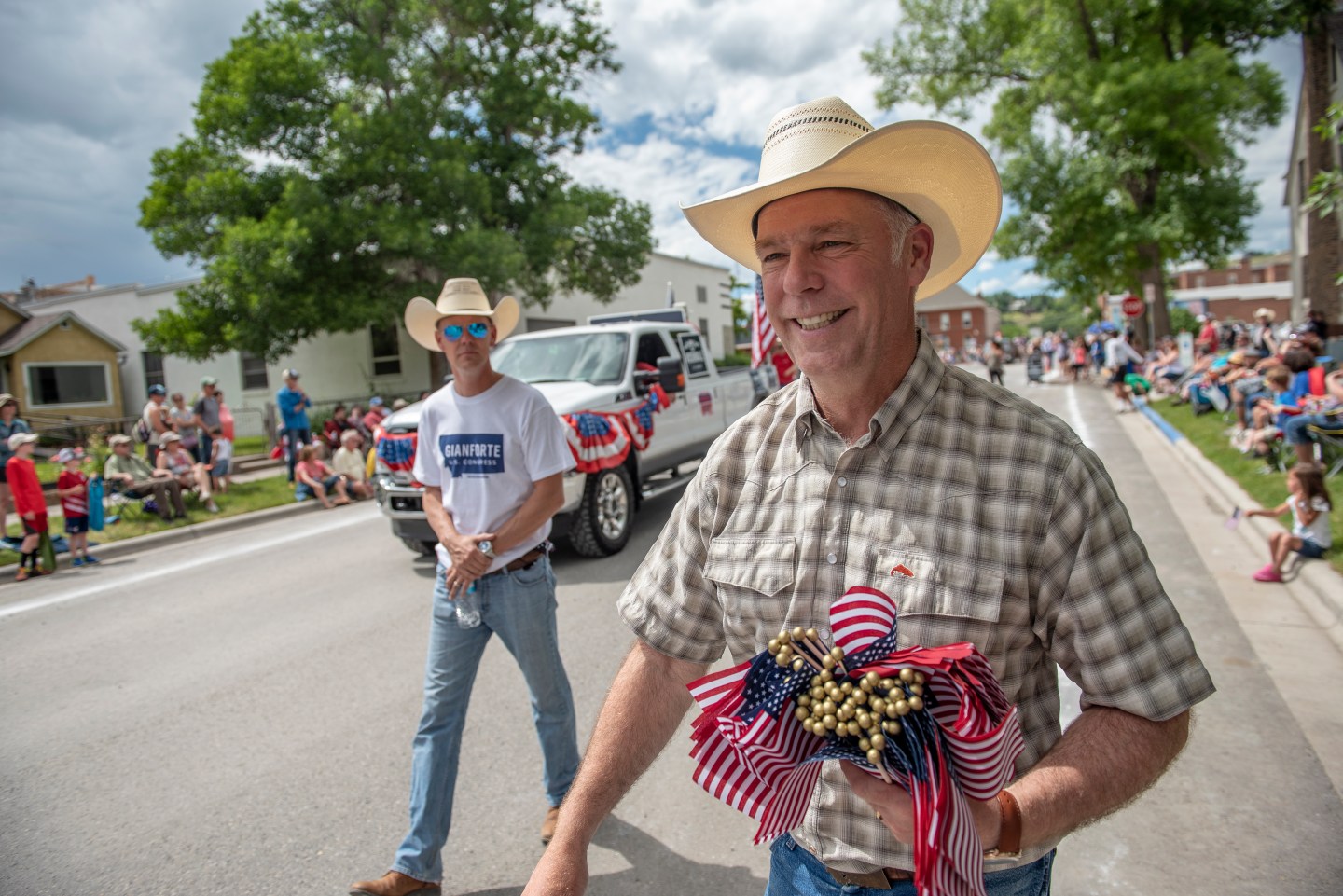 For years, Rep. Darrell Issa (R-Calif.) held the title of the richest member of Congress.

With personal assets of up to $537,100,004, according to the most recent records from nonpartisan research group Center for Responsive Politics, Issa made much of his fortune leading Directed Electronics Inc., the manufacturer of a car alarm system he created called Viper.

But the typical member of Congress has an even higher net worth. In 2014, the Center for Responsive Politics found that more than half of members were millionaires.

Issa and a number of other multimillionaires departed Congress following the 2018 election, but the midterms brought in a new crop of ultra-wealthy members of Congress. Here’s a look at who they are and how they made their money.

Net worth is estimated using financial disclosures and data from CQ Roll Call. These figures are not exact, as members of Congress are not required to report on the value of their residence(s), and their assets and liabilities are reported in ranges of value, not precise figures. Fluctuations in the stock market also have an impact on their earnings.

Sen. Mitt Romney’s net worth has been estimated at $250 million. Romney made his fortune working for Bain & Company and later helped create the private equity spinoff Bain Capital. In the years following, Romney continued to earn healthy dividends from his investments, as well as from speaking fees and royalties from his book, No Apology: The Case for American Greatness. Romney’s 2017 earnings were between $9 and $31 million.

Florida governor and Republican senatorial candidate Rick Scott addresses the crowd as he attends a Get out the Vote Rally at AmeriKooler on November 05, 2018 in Hialeah, Florida. (Photo by Joe Raedle/Getty Images)
Joe Raedle—Getty Images

Formerly governor of Florida, now Sen. Rick Scott (R-FL) had an estimated net worth of at least $166 million as of August 2019. But that number could easily be higher, as he reported his individual net worth (not including his wife’s assets) was $232 million in 2018, when he was filing to run for the Senate seat he now holds. Holdings in his wife’s name at the time were between $171 and $208 million, meaning Scott’s total net worth could exceed $500 million. Scott initially built his wealth as CEO of Columbia/HCA, which was once one of the largest private for-profit healthcare companies in the country, before being charged in a mass fraud case.

Rep. Greg Gianforte has an estimated net worth of $135.7 million and attributes most of his wealth to a software company he built in the 1980s. He went on to sell it for $10 million to McAfee Associates and then founded a cloud-based customer service program, which he sold to Oracle Corp. for $1.5 billion in 2012.

With an estimated net worth of $113 million, Rep. Michael McCaul has his wife to thank for his fortune. His father-in-law is the founder of Clear Channel Communications, now known as iHeartMedia, which is a $6.3 billion company.

As of 2015, Sen. Mark Warner’s net worth would have put him near the top of the pack—just north of $238 million. But 2019 estimates suggest that number has dipped in recent years to approximately $90 million. Warner earned the bulk of his wealth as a venture capitalist,  as well as leading businesses in a variety of sectors, including energy, real estate, and telecoms. He also was an early investor in Nextel, which was later bought by Sprint for $36 billion.

Rep. Dean Phillips largely has his family name to thank for his estimated $77 million, according to his 2018 financial disclosure. He is heir to the Phillips Distilling Company, a Minnesota-based distillery that produces a variety of liquors and was also the co-owner of gelato company Talenti.

Rep. Vern Buchanan is worth an estimated $73.9 million. The congressman has been involved in a number of lucrative businesses, including car dealerships that span much of the southeast, involvement in charter jet and yacht leasing, and the reinsurance business. Buchanan also founded American Speedy Printing in the 1970s, which eventually grew to more than 700 locations across 44 states.

Sen. Richard Blumenthal’s wife is responsible for much of his good fortune. He is married to Cynthia Malkin, daughter of Manhattan real estate mogul Peter Malkin, and has an estimated net worth of $70 million.

Sen. Dianne Feinstein came to the Senate in 1992 with a large fortune. She is married to Richard Blum, the founder of Blum Capital, an equity investment firm. Beyond her marriage, Feinstein herself has a multimillion-dollar stake in Carlton Hotel Properties, leading to her estimated net worth of $58.5 million.

But just because a number of Congress members are wealthy does not mean that one has to have healthy coffers to run for and be in office. While it certainly makes it more difficult, many members of congress have limited savings or are even in the red.

A 2018 report from CQ Roll Call found that 123 members of Congress have a negative net worth, due to liabilities exceeding assets. The report found that then-Rep. David Valadao (R-Calif.) had the lowest net worth of -$17.5 million, due to debts and loans for his dairy business.

—How the UN’s climate efforts could change the business world
—Why thousands of foreign nationals receive military training on U.S. bases each year
—What is election hacking—and can it change who wins?
—Remember Hawaii’s false missile alert? This bill aims to prevent it from happening again
—2020 Crystal Ball: Predictions for the economy, politics, technology, and more
Get up to speed on your morning commute with Fortune’s CEO Daily newsletter.