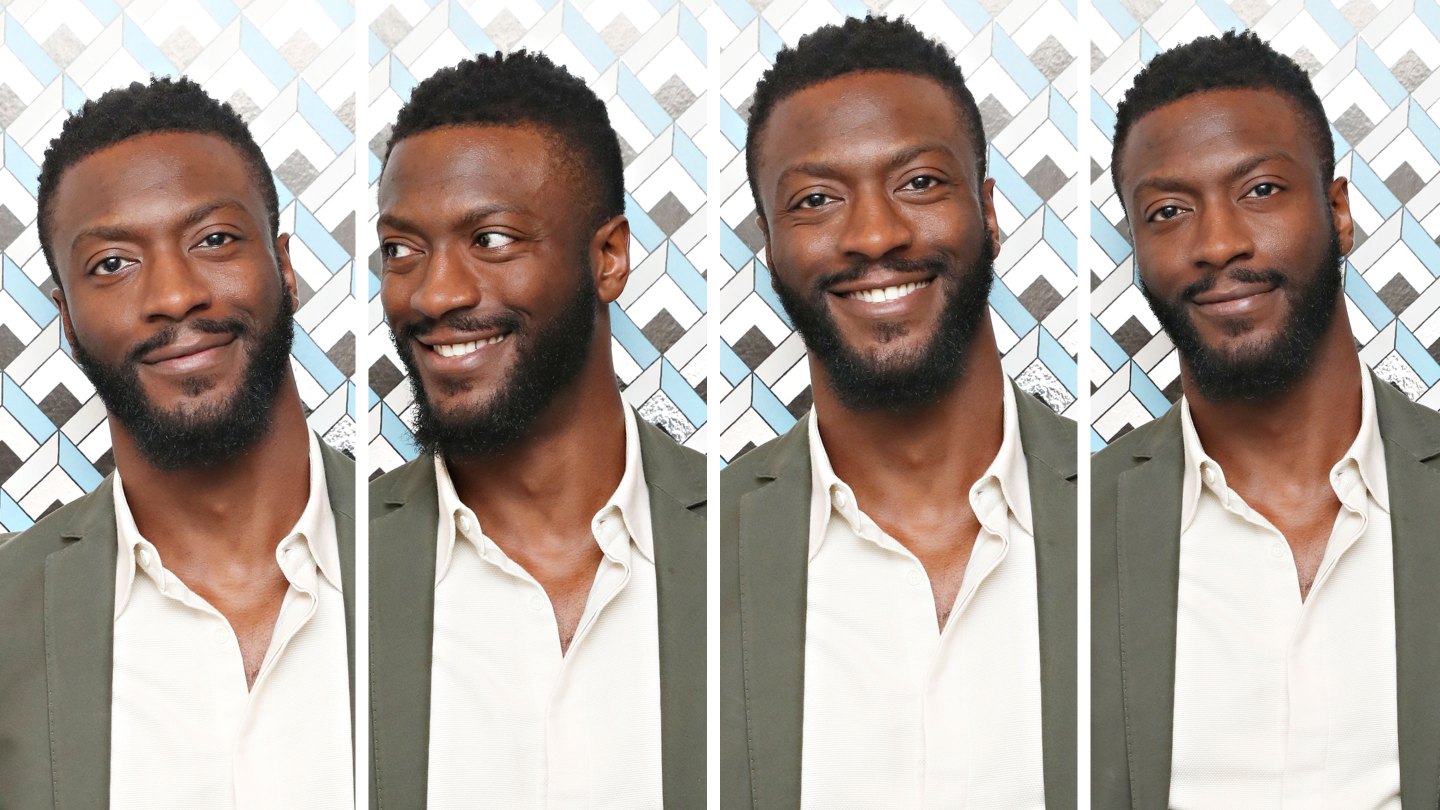 To say that 2019 has been a productive year for Aldis Hodge would be an understatement. Early in the year, he played Taraji P. Henson’s love interest in the bawdy big-screen comedy What Men Want. He costarred opposite Kevin Bacon as an ambitious district attorney in Showtime’s new Boston-set police drama City on a Hill, which premiered in June (and has been renewed for a second season). Then in August, he starred as the titular character in Brian Banks, the movie based on the true story of a high school football star falsely convicted of a crime.

But Hodge’s biggest career achievement so far may be his riveting performance in Clemency, the gut-wrenching capital punishment drama written and directed by Chinonye Chukwu. Starring Alfre Woodard as a morally conflicted prison warden and Hodge as a prisoner on death row, the film won the U.S. Grand Jury Prize for Drama at this year’s Sundance Film Festival and will hit theaters on Dec. 27.

“I got a chance to be onscreen with Queen Alfre,” Hodge says, referring to his Academy Award-nominated costar, who he calls “a great scene partner.”

Hodge is by no means an up-and-coming actor. He’s already arrived, having established himself in movies such as Straight Outta Compton, Jack Reacher: Never Go Back, and Hidden Figures, in which he played Janelle Monáe’s love interest.

Next year also looks promising for Hodge’s career with a lead role opposite Elisabeth Moss in The Invisible Man, a reboot of Universal’s classic monster franchise based on the H.G. Wells book of the same name.

During this fall’s SCAD Savannah Film Festival, where Hodge attended a screening of Clemency, Fortune sat down with the actor to talk about how he researched the role, how he got into character, and what sort of roles interest him.

With such an intensely emotional role, how do you prepare mentally for something like that on a daily level?

The whole film was shot in 17 days and I did all of my work in five days. So we just had to come ready. I didn’t have much time to think about it. Just had to stay in it and be in it, which is great. So no time to overthink. I did the initial prep by visiting San Quentin and being a given a tour by the brothers on life and observing the brothers on death row, seeing how they were treated, seeing how they were isolated. It was tough.

But in terms of preparing [the character’s] mental state, he’s going into a very scary space of potentially dying. He doesn’t know what that’s like—of course, I don’t know what that’s like, so I went with that. I leaned into trying to discover this with my character through my character as he was discovering it, understanding what it means when someone is telling you, “Okay, this is how we’re going to kill you.” What could that possibly feel like? I feel like the character was grasping at the idea of hope and trying to figure out what life really means and the value of it in that space because now every breath really does count.

How do you unwind after a day of doing work where you’re in that dark space? Is it hard to leave that head space behind?

I’m very excited when I’m in that dark space because I’m excited for what the audience gets to see and how we may impact the audience. For me, the darker it gets, the harder it gets for the character, the more excited I am as an actor.

When it comes to acting and preparation in between takes, we’d ask “Did we get that? Did we get what we wanted out of that scene?” If we have to go harder, let’s go harder so we can show the audience. I was really ambitious about showing the audience the truth about his harrowing environment. So for me, oddly enough, when the scenes get really tough for the character, I get so excited because I can’t wait for the audience to see it.

This is a real chance to do some serious work as an actor. As an actor, I’m like “Heck yeah, let’s go all in” because you don’t get this kind of opportunity on a regular basis.

You’ve been in so many different types of projects. Is there an area you’d like to explore, a project that would test out a different aspect of your skills?

I like characters with different truths. I want to be honest about each of their realities. Right now, I’m taking on the task of directing my first short, dealing with the effects and causality of gun violence and how people grieve the losses. That for me is my next big foray into what my vision is as an artist and what I can contribute. I’m really happy about that. I’m producing that short, but I’m also executive producing two other films, but I can’t share more about that just yet. I’m starring in both of those films, but one of them is about a jury trying to deliberate on the verdict for a police officer that may have justifiably or unjustly shot somebody. What I love about that is the conversation we get to have and to show audiences what goes on in people’s minds in terms of different people’s perspectives.

Just for fun, I want to get into action. I grew up a fighter. I was a martial artist growing up. I still practice every now and then. I’m a little rusty. I want to get back into the action game, you know what I’m saying? We’ll see what happens.

Can you talk about acting for TV versus film? Do you approach it differently?

A few years ago, I would say there was a bit more clarity between the distinction of film acting and TV acting. These days the quality of television acting has stepped up.

My thing for any actor is to make sure you understand the tone. Tone is what will dictate how much or how little you do. When you know the tone, you’re very aware of that and you’re well-versed in the honesty of it, you’re going to bring out a great performance.

There’s a difference in a drama like Clemency, where there needs to be absolute truth and you can’t be too overly dramatic or people will miss the point. You have to be right there on the nose—or on the edge of the idea of what it is we’re doing and not go too far. You want to push them to a question. You don’t want to push them to an answer.

For me, some of the hardest acting that you can do is when you’re not saying anything because you have to project so much. You have to be the loudest when, verbally, you’re the most quiet. That means truly understanding the emotions of the character, the moment that you’re in.

When it comes to my work, I feel like I’m having a conversation with the audience so I need to be clear on what kind of conversation I want to have.

—From Hellboy to Charlie’s Angels: The biggest box office disappointments of 2019
—Little Women director Greta Gerwig and cast reveal how they reinvented a feminist classic
—How Netflix transformed the peak TV terrain in the 2010s
—Why these high-profile book adaptations bombed at the box office in 2019
—Whistleblower cinema is back in a big way
Follow Fortune on Flipboard to stay up-to-date on the latest news and analysis.