From ‘Hellboy’ to ‘Charlie’s Angels’: The Biggest Box Office Disappointments of 2019 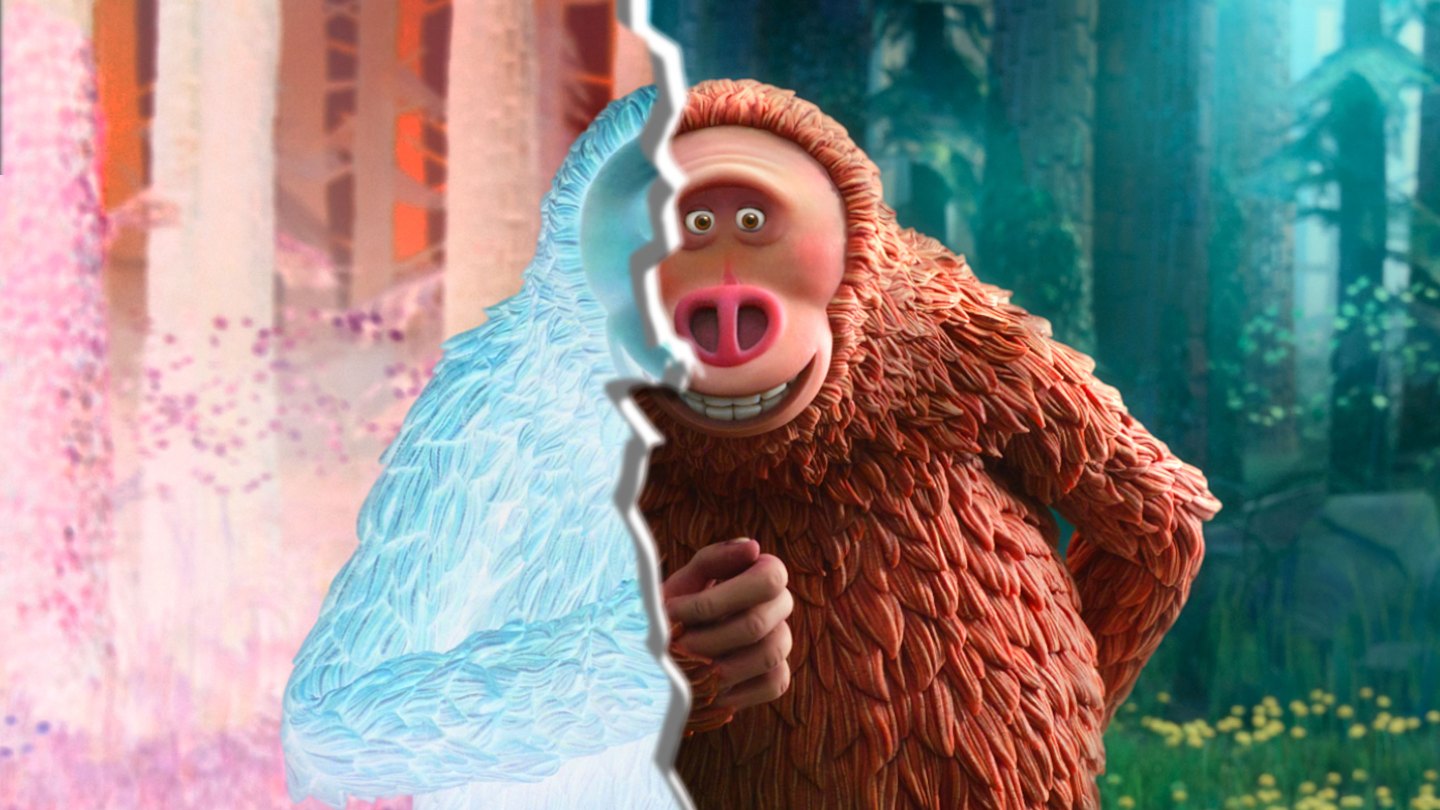 It was a year of haves and have nots at the box office. While movies like Joker, Avengers: Endgame, and Frozen 2 broke box office records in 2019, countless other movies underwhelmed audiences.

The most recent box office dud was Playmobil: The Movie, the animated film inspired by the German toy brand. It earned just $668,000 in its opening weekend of Dec. 6, making it the third lowest debut ever for a movie playing in over 2,000 theaters.

Given that the film, which features the voices of Daniel Radcliffe and Jim Gaffigan, reportedly cost $75 million to make (not including marketing expenses), it qualifies as a box office bomb.

There were no shortage of box office bombs in 2019. Below we highlight some notable misses.

“When it comes to family films and kids movies, kids want a brand their know. They want a name and a number, like Frozen 2 or Toy Story 4 or whatever the franchise is. Familiarity is paramount,” says Paul Dergarabedian, senior analyst at Comscore.

Despite the terrific reviews (it currently scores 89% on Rotten Tomatoes), Missing Link delivered a historically bad opening for a film released in more than 3,000 theaters. Directed by Oscar-nominated Chris Butler (ParaNorman), the animated film landed in ninth place in its opening weekend, taking in an estimated $5.8 million from 3,413 theaters. With a reported budget at $100 million and total worldwide grosses at 26.2 million, Missing Link was a clear box office failure.

After its disastrous opening weekend, the less critically acclaimed Ugly Dolls opened to $8.5 million, which pales in comparison to the film’s reported $50 million-plus production budget. The film was intended to be the first in a franchise, but given its box office failure, that’s unlikely to happen.

What qualifies as a box office failure?

Without knowing the exact production budget and marketing spend for each film, there’s no way to accurately measure any given film’s box office success. By taking into account these films’ reported production budgets and their box office takes, one can get a decent idea of what worked and what didn’t.

The 2019 remake from Tim Burton was the rare Disney film to underperform this year, making $115 million domestically and just over $353 million worldwide so far. That sounds pretty good—except when you consider the film’s reported $170 million production budget and huge marketing costs.

One way to measure theatrical success is by looking at the number of theaters a movie is screening in in its third week, compared to its first. If a film is successful, a studio will often add theaters. If a movie is underperforming, they’ll pull it from theaters.

“Playmobil: The Movie” earned just $668,000 in its opening weekend.
Courtesy of STX films

“Usually, that’s in reaction to an underperforming film so it’s almost better for studios to cut their losses,” said Dergarabedian. “The drop in theaters is a direct reflection of a lack of interest by audiences and the need for theaters to free up screens with movies that are going to put butts in seats.”

Among the films that had dramatic drops in theaters are notable box office disappointments such as Missing Link, which initially opened in 3,437 and dropped to 1,588 theaters for week three.

Other movies that had significant theater drops include Poms, UglyDolls, Shaft, The Kitchen, Serenity, Doctor Sleep, and The Goldfinch.

By any measure, The Goldfinch, adapted from Donna Tartt’s Pulitzer Prize-winning bestselling novel of the same name, was one of the year’s biggest box office letdowns.

Starring Ansel Elgort and Nicole Kidman, the film opened on Sept. 13 in 2,542 theaters, earning a mild $2.68 million in its opening weekend. By its third week, it was in only 442 theaters and that number had dropped to only 40 theaters by its sixth week, in which the film earned a meager $16,390, per figures from Comscore. Given its reported $45 million production budget, The Goldfinch was unquestionably a box office bomb.

It certainly didn’t help matters that The Goldfinch was trashed by critics when it premiered at the Toronto International Film Festival just prior to its theatrical release (it currently has 24% on Box Office Mojo).

“There’s critical disappointments and there are box office disappointments – they’re not always the same,” said Dergarabedian. Though there’s not necessarily a correlation between good reviews and a good box office haul, many of this year’s box office duds have very low Rotten Tomatoes scores (Ugly Dolls has 28%, for example).

“Then there are films that rate 80% plus on Rotten Tomatoes and still didn’t do well, films that are critically acclaimed and still failed to garner an audience,” said Dergarabedian. “Some of it is because of poor marketing and in some cases, it’s due to release date and competition in the marketplace.”

For example, the coming-of-age comedy Booksmart, directed by Olivia Wilde, is one of the top reviewed films of the year (it has 97% on Rotten Tomatoes), but was considered a box office disappointment, ultimately earning around $23 million domestically.

Academy Award winner Matthew McConaughey had a rough year at the box office, with his two latest films tanking.

It’s made $8.5 million domestically to date, which doesn’t sound so bad until you consider that both McConaughey and Hathaway are Oscar winners with strong box office appeal and the film’s budget was likely over $25 million.

Despite the star power of leads Tiffany Haddish and Melissa McCarthy, The Kitchen bombed, becoming the worst opening weekend at the box office for McCarthy and Haddish, according to Deadline. The Kitchen reportedly cost $38 million to produce, not including publicity and marketing. Since opening on Aug. 9, it has grossed $12 million domestically.

Gemini Man is another film that performed poorly despite the big names involved; the $138 million-budget film made only $48.5 million domestically and nearly $125 million abroad.

Director Ang Lee and Will Smith on the set of “Gemini Man.”
: Ben Rosenstein—Paramount Pictures

“Not even an Oscar-winning director and one of the world’s most popular actors could save Gemini Man from getting bumped off at the box office,” wrote The Hollywood Reporter about Ang Lee’s film, which starred Will Smith (who fared much better with this year’s live-action Aladdin).

Though Avengers: Endgame and Frozen 2 broke box office records, not all franchise films (based on existing intellectual property or “IP”) sparked excitement at the box office in 2019.

Last summer, there was talk of a “sequel slump” or “franchise fatigue” at the box office after a stream of sequels and reboots, including Godzilla: King of the Monsters, The Secret Life of Pets 2, Dark Phoenix, Men in Black: International, and Shaft disappointed.

That was following the anemic results of the Hellboy reboot, which hit theaters in April and has earned just $22 million domestically—not great for a film with a reported budget of $50 million.

The latest in the X-Men series, Dark Phoenix, turned out to be a huge misfire, as did Terminator: Dark Fate. With a budget of $185 million and an especially wide release for an R-rated film, Terminator: Dark Fate was considered a sure thing. But even strong reviews couldn’t help the film, which took in only $29 million on its opening weekend.

Audiences weren’t interested in fall releases Charlie’s Angels: Full Throttle or Doctor Sleep, a sequel to 1980’s The Shining, which led The Hollywood Reporter to ask: “how much weight does aging intellectual property carry these days when it comes to reboots of classic franchises?”

Of course, Hollywood producers know that there’s no such thing as a sure thing—and there are so many factors involved in any given film’s success at the box office.

“There are movies that on paper look like a guaranteed home run and then they don’t deliver,” said Dergarabedian. “That’s why the movie industry is not for the weak of stomach or the faint of heart, particularly when tens of millions of dollars are involved for budget and marketing.”

—How Vevo’s artistic and scientific approach to music videos is paying off after 10 years
—How Netflix transformed the peak TV terrain in the 2010s
—Why these high-profile book adaptations bombed at the box office in 2019
—’Tis the season for holiday movies—and Hallmark and Lifetime aren’t afraid of Netflix
—Whistleblower cinema is back in a big way
Follow Fortune on Flipboard to stay up-to-date on the latest news and analysis.