What Does the Future Hold for the DC Film Universe? 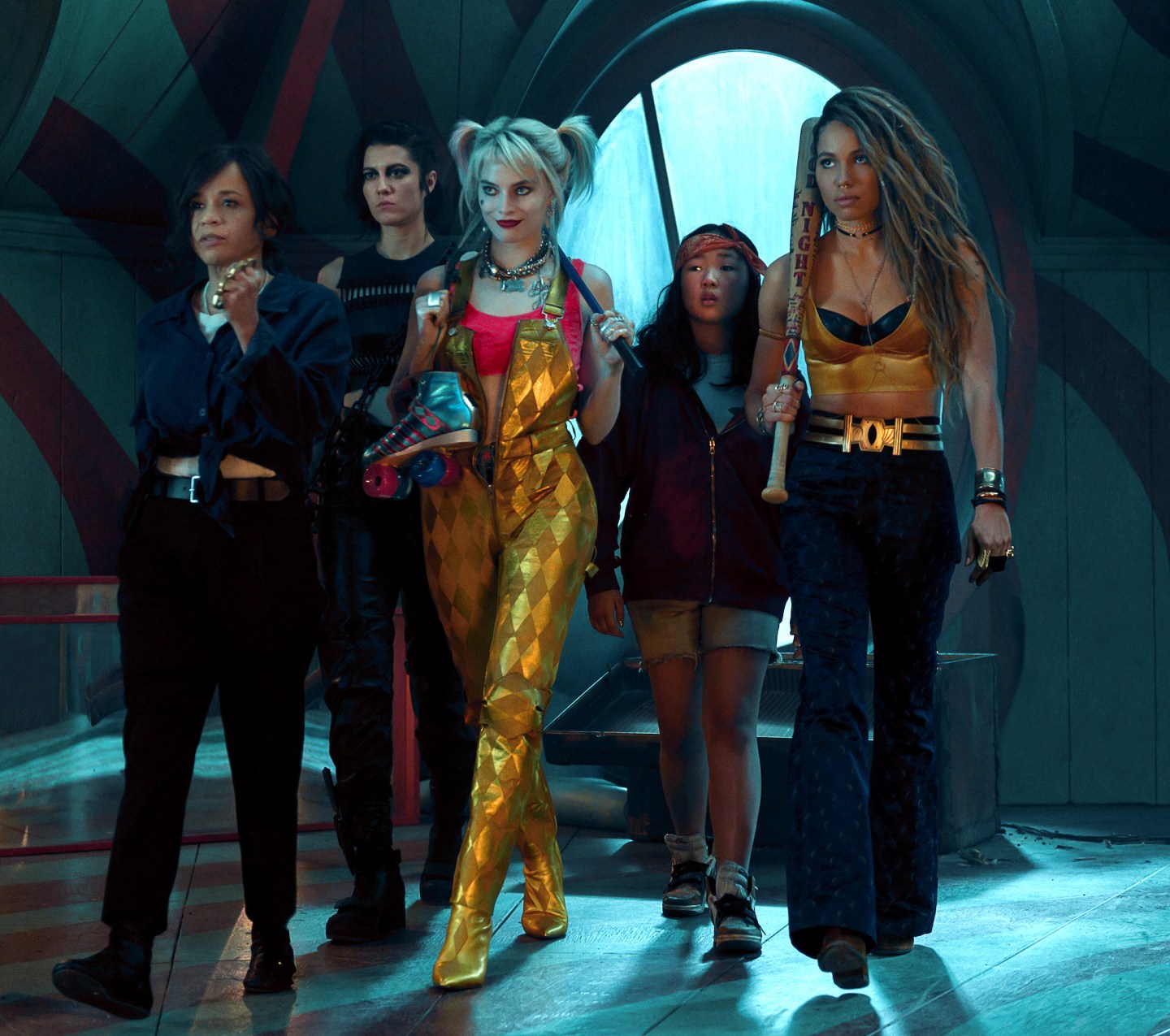 Is a bright new day dawning for DC Films?

In the five years since Warner Bros. first announced ambitious designs for its DC Comics characters to arrive on the big screen, little has gone according to plan. But a number of recent successes—among them billion-dollar babies Aquaman and Joker, the latter a radically dark, R-rated screwball that’s paid off massively—suggest a rosier future for the superhero franchise after some remarkably thorny formative years.

A new Variety report sheds some light on the internal maneuvering DC Films underwent after the painfully high-profile collapse of its original plan for the DC Cinematic Universe, and how it’s paving the way for a more robust, idiosyncratic franchise ahead.

It didn’t take long for DC’s original plan—catch up to Marvel, and generate Avengers-style profit—to depart the rails. Though 2013’s Man of Steel provided a solid-enough foundation for that universe, cracks in the DC Films strategy didn’t show so much as define 2016’s Batman V Superman: Dawn of Justice, eviscerated by critics and disappointing at the box office. Chief among criticisms of Dawn of Justice were that it bent over backward to set up future movies, sacrificing its narrative coherence in the process. Suicide Squad, though a financial hit, was even more reviled a few months later. Then came Justice League, which emerged as a devastating bomb for the studio, especially given its $300 million pricetag (which had ballooned throughout a tortured production period).

Making the failure of Justice League all the more damning was its role as the would-be apotheosis of DC’s cinematic universe, the triumphant pinnacle in which beloved heroes would unite for an all-timer money shot. Instead, it was a cratering low for the franchise, its dismal $93.8 million opening (compared to well over $100 million for every other DC film that had preceded it) necessitating massive overhauls at DC Films.

Internally, there were shakeups, and Variety‘s insiders credit New Line executive Walter Hamada, tapped to preside over DC Films in 2018, with righting the ship and emphasizing coherent, to-the-point storytelling in new DC entries. Though the talent present across the former DC braintrust—comprising executives Jon Berg and Geoff Johns as well as DC Entertainment head Diane Nelson—is unquestionable, a lack of specific vision and failure of leadership (perhaps the result of three individual, not-necessarily-compatible strategies) defined their era with the studio.

A New Strategy for DC Films

In more recent years, especially since Hamada came aboard, DC Films has rethought its rollout strategy for superhero movies. The success of more modestly scaled, tongue-in-cheek Shazam! earlier this year is evidence of an approach that prioritizes story and carefully considers tone. Joker, with its expressionistic aesthetic and focus on the terrifying performance of Joaquin Phoenix, even further communicates a focus on telling real stories with DC characters, rather than simply racing to catch up to Marvel. Both films have been hits while working outside of the pre-existing DC Films mold, especially Joker, which was conceived and executed as a prestigious, for-adults regrounding of the Clown Prince’s mythos with awards potential.

Joaquin Phoenix is the title character in “Joker,” which has been a box office success for DC.
Niko Tavernise

The starry original vision for DC Films involved introducing some of the comic-book powerhouse’s most formidable superheroes—Batman! Superman! Wonder Woman!—before bringing them together for a pair of Justice League films that wouldn’t just rival the juggernaut success of competitor Marvel’s 2012 Avengers film, but double it.

As since-disgraced WB chief executive Kevin Tsujihara outlined it in 2014, the DC films were to provide a mighty platform to some of the most storied comic-book characters ever inked to panel. Like the Marvel Cinematic Universe, this franchise was also to be a shared blockbuster playpen, motherships like Justice League providing the cover necessary to introduce smaller characters and set up standalone movies, like Flashpoint and Cyborg.

In the wake of the Justice League debacle, that strategy (at least at the moment) couldn’t look more different. Gone is the single-minded focus on herding characters toward a massive team-up vehicle; even with Avengers: Endgame marking the culmination of the Marvel Cinematic Universe by becoming the highest-grossing movie of all time, there’s a new understanding at DC that mimicking its market competitor isn’t enough.

Instead, the most successful DC films of the modern, blockbuster era have sought to separate from the pack and emphasize what makes them different, calling upon acclaimed actors and thoughtful, original filmmakers to realize new visions.

Aquaman scored massively by playing up its underwater world-building and lighter, sometimes comedic energy brought by star Jason Momoa; that it’s grossed over $1 billion worldwide has as much to do with his star appeal, as sold by the marketing, as it does the remarkable visual effects work and slick vision delivered by director James Wan. Shazam!, even more notably, sold itself as a superpowered riff on Big, a lighter vehicle with a fun-loving lead man (Zachary Levi) that relied on a more trim, manageable budget to collect an honorable, if not record-breaking sum.

It’s all about what you spend, as any box-office analyst will attest. DC’s taken this strategy to heart, even if it may have learned it with time. Joker, now the second movie (after Aquaman) to break a billion for DC (though it’s not technically part of the DC Extended Universe), was originally viewed as an experimental one-off and given a much smaller budget than the average superhero blockbuster. It was so out-of-left-field for WB during development that it was stressed to be part of a side-brand, DC Dark. And though Hamada gave the film a greenlight, he did so knowing it would be an odd duck in his lineup.

Joker was an investment in storytelling vision more than franchise structuring; it relied on a comedy director with a clearly outlined concept, as well as an acclaimed actor (notably, not Jared Leto, who played the Joker for WB in Suicide Squad), to deliver a self-contained, idiosyncratic spin on the comic-book movie.

That Michael B. Jordan has reportedly been approached about playing Superman in a future reboot of that character speaks to another truth confirmed by the success of Joker, which is expected to bring DC even more mainstream respectability by netting Phoenix an Oscar nomination next year: it’s all about who you cast.

What’s Next for DC?

A look at what DC has coming down the pipeline speaks powerfully to its status as a changed studio. A Green Lantern movie in the works from Johns, titled Green Lantern Corps, with a script reportedly due later this year, and a standalone Flash movie starring Ezra Miller (introduced in Justice League) still has a pulse thanks to the infusion of new blood both behind the camera with It filmmaker Andy Muschietti and on the page with writer Christina Hodson (Bumblebee). That latter film has seen a revolving door of writers and directors, including Lego Movie duo Phil Lord and Chris Miller, but its snarky, propulsive tone still makes it a snug fit within the recalibrated DC Films universe.

Birds of Prey, when it arrives in theaters next February, will reclaim the character of Harley Quinn (Margot Robbie, who originated the role in Suicide Squad) through the punky, feminist imagination of a female filmmaker, Cathy Yan (Dead Pigs). The female-led vehicle has been marketed as a radical departure from Suicide Squad in most every sense save Robbie’s star power. Don’t expect Leto’s leering, mob-villain Joker to make an appearance. Despite an expected R-rating, the movie’s powered by its charismatic, female antiheroes and plays in a markedly different, more colorful sandbox than, say, the self-serious Joker or the mega-budgeted Aquaman.

Reorienting Suicide Squad with director James Gunn (best known for directing Marvel’s fun, free-spirited Guardians of the Galaxy) is also high on DC’s to-do list. That vehicle, which will almost certainly be R-rated but lack the gritty, militaristic flavor of David Ayer’s attempt, will be another chance for DC to pin its future hopes of filmmakers with clear creative voices who are more or less unencumbered by “backdooring” future films.

One of the major revelations guiding DC’s new approach is sure to be a willingness to go dark and adult with its superhero movies now that Fox, behind R-rated hit Deadpool, has been absorbed into Disney and may no longer have the creative liberty to pursue such films. None of DC’s R-rated entries will be budgeted at $300 million, to be sure, but movies like Joker, Birds of Prey, and The Suicide Squad can certainly attract an audience if marketed with ingenuity and clarity. And with its renewed focus on picking specific tones that match characters but don’t necessarily align with the “grimdark” approach of early DC outings, the studio can look into its stable of characters to find one that might be able to emulate Deadpool‘s success. If Disney won’t do it, they’d be foolish not to fill that void in the market.

Matt Reeves’s Batman movie, a new take on the Caped Crusader, is leaving behind the Ben Affleck version of the character to pursue a noir-tinged, hard-boiled vision that plays up the character’s status as the World’s Greatest Detective. Robert Pattinson is attached to play Batman, an unexpected but exciting choice that speaks to DC’s willingness to entrust beloved characters to formidable, outside-the-box performers. Though it’s unlikely Joaquin Phoenix’s Joker and Pattinson’s Batman will face off, given the separate sandbox of Phillips’s Joker movie, Reeves’s Batman is said to be a more serious, dramatic take on the character. A supporting cast that includes acclaimed actors like Paul Dano as the Riddler, Zoe Kravitz as Catwoman, and Colin Farrell as the Penguin further conveys the ambitiously grounded nature of Reeves’s movie; any of them could topline their own films, and carving out a flavorful, noirish landscape in Gotham City will open up new possibilities for filmmakers to chart dramatically ambitious, actor-driven stories set there.

Another, even more curious possibility is branching into horror with The Trench, a spinoff that focuses on some particularly nightmarish aquatic adversaries seen in Aquaman. No director is yet attached, but DC’s still interested in peering into corners of its existing universe for intriguing stories its competitors aren’t telling.

With all this forward-thinking momentum, it’s unsurprising to hear that Warner Bros. and DC have little interest in revisiting Justice League with a director’s cut of the film, despite fans demanding exactly that on social media. Snyder’s departure from that film was mired in controversy given its scale, but the move was due to a personal tragedy in his family, not in-studio clashing over creative vision. Because of this, the idea of a “Snyder Cut,” pouring millions into finishing another version of Justice League that rejects replacement director Joss Whedon’s contributions, is understandably unappealing to most everyone at DC. Even as an HBO Max exclusive, a way of moving the DC universe in the direction of streaming, such a quirky and counterintuitive undertaking has little place in a DC universe that’s done licking its wounds and ready to peer into a more hopeful future.