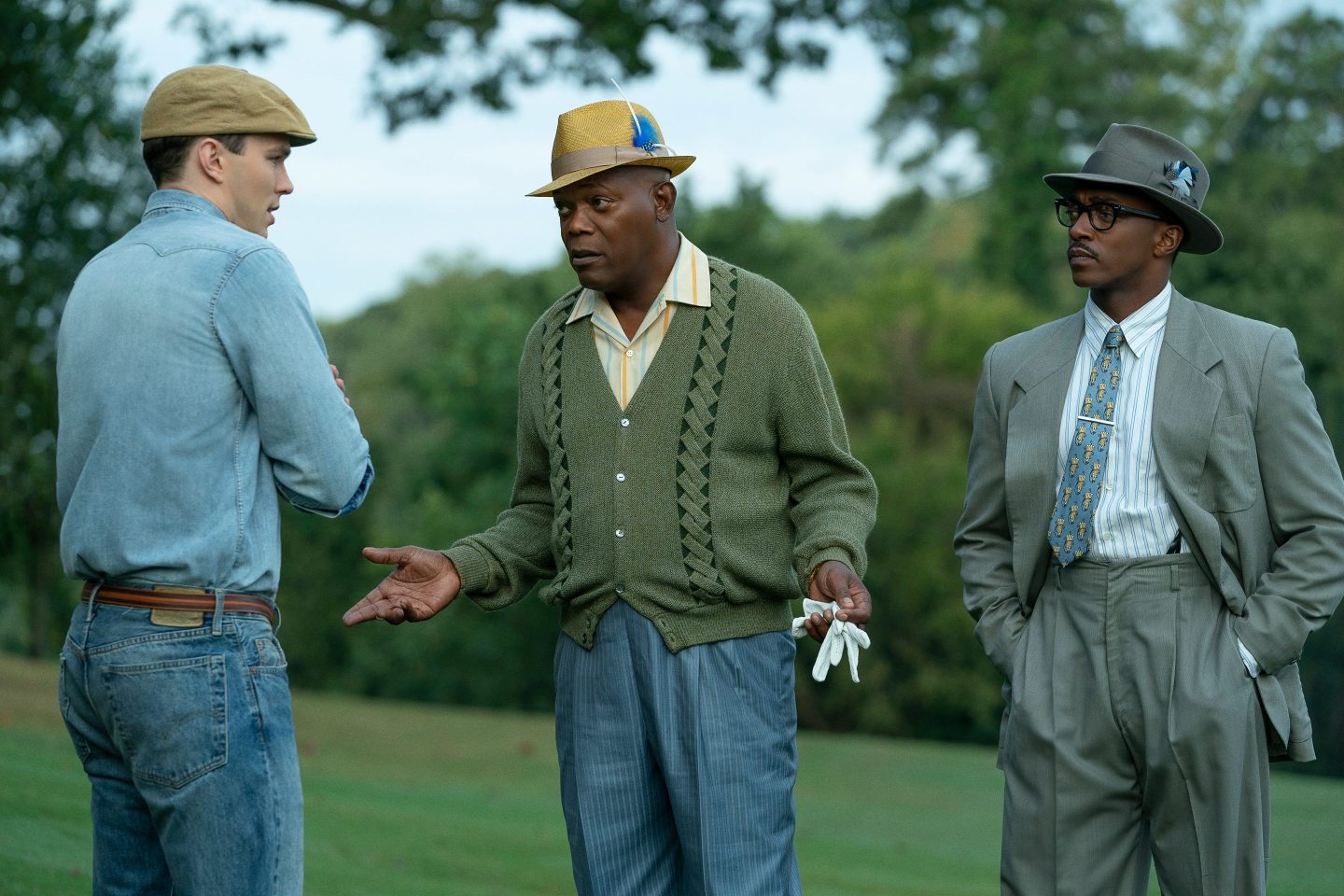 It was not supposed to go like this for Apple.

Weeks into the launch of its nascent streaming service, Apple TV+, the technology giant finds itself navigating potential scandal centering around its first major theatrical release.

The Banker, starring Samuel L. Jackson, Anthony Mackie, Nicholas Hoult, and Nia Long, was set to arrive in theaters next month ahead of its TV+ release in January. But sexual abuse allegations leveled against the film’s co-producer, Bernard Garrett Jr.—son of the movie’s main subject—led Apple to delay the release indefinitely, as the filmmakers investigate the claims.

It raises questions about the potential impact on the film and it’s success with Apple. The Banker was scheduled to premiere and close out AFI Fest on Thursday ahead of a theatrical release on Dec. 6, a prime calendar date for awards consideration. Early reports buzzed about the high-profile drama’s potential for Oscars gold. Even a nomination or two just months after Apple’s streaming launch would be a big statement and source of interest for on-the-fence consumers unsure about Apple TV+. Now, with a release date yet to be determined, it’s possible The Banker misses the Dec. 31 deadline to qualify for next year’s Academy Awards.

“We purchased The Banker earlier this year as we were moved by the film’s entertaining and educational story about social change and financial literacy,” Apple said in a statement to Deadline on Wednesday. “Last week some concerns surrounding the film were brought to our attention. We, along with the filmmakers, need some time to look into these matters and determine the best next steps. In light of this, we are no longer premiering The Banker at AFI Fest.”

The company has since not commented on the film’s delayed theatrical release and did not respond to Fortune‘s request for comment.

Apple already debuted two of its original movies in theaters. The Elephant Queen, a nature documentary narrated by Chiwetel Ejiofor, got a limited run starting Oct. 18. Hala, a Pakistani-American coming of age drama, started a limited run on Friday. But The Banker was Apple’s first big narrative feature starring an A-list cast. Now, it’s not even clear if it will appear on Apple TV+. The company has not yet said anything about the fate of the film on its streaming service.

Assuming The Banker eventually does premiere on the service or in theaters, it risks having a cloud hang over it depending on the result of Apple’s investigation. “The outcome has to be positive. If not, [the film’s] just going to be buried,” said Jeff Bock, a senior box office analyst at Exhibitor Relations. “There’s no way around social media. The onslaught never ends if you’re found out on the negative end of that.”

The streaming service itself is another question hanging over Apple at the moment. The company, according to Hollywood Reporter sources, is said to be “thrilled” with the performance of its four original TV series, which include flagship The Morning Show, as well as Dickinson, See, and For All Mankind. All four have been renewed for a second season. But the shows—and service itself—have received lukewarm reviews (a recent one rhetorically asks, “The Tech Giant Enters the Streaming War With Only 4 Shows?”). Fortune in a review of the platform said the opening series “bear the mark of a company inexperienced in a realm it can theoretically spare no expense to conquer.”

Apple—to its credit—has made the most of its limited content, signing blockbuster deals with some of the best talent in the business. Among them: Oprah, Steven Spielberg, Chris Evans. But the more pressing concern might not be the quality of its own product, but that of the competition. Disney+ jumped out the gate with more than 10 million subscribers within a day, the company announced. Those subscribers can sign up for just $2 a month more than Apple TV+, with substantially more content—much of which nostalgically resonates with viewers—and the help of powerful, established brands like Star Wars and Marvel.

Apple, on the other hand, appears to be struggling with the content aspect more than anything. “I barely know there are [Apple] films coming out, and this is what I do for a living,” said Bock.

Disney is not the only one, of course. There is still Netflix, Amazon, Hulu, and soon NBC’s Peacock and WarnerMedia’s HBO Max, plus dozens of other streaming services. Apple will need to establish a foothold with the help of prestige offerings like The Banker, but it still has time. For now.

“Streaming services can’t be judged overnight. It’s still nascent—a wild west vibe,” said Shawn Robbins, chief analyst of BoxOffice. “Even though we’ve had Netflix for years and Disney+ is off to a big start, Apple is still a big name, and they’ve cultivated a lot of talent. It’s too early to judge how successful they will be.”

There may still time for Apple TV+ to draw in consumers, but an early Oscar from movies like The Banker would certainly help in that quest.