What Is the Snyder Cut of ‘Justice League’—and Will We Ever See It? 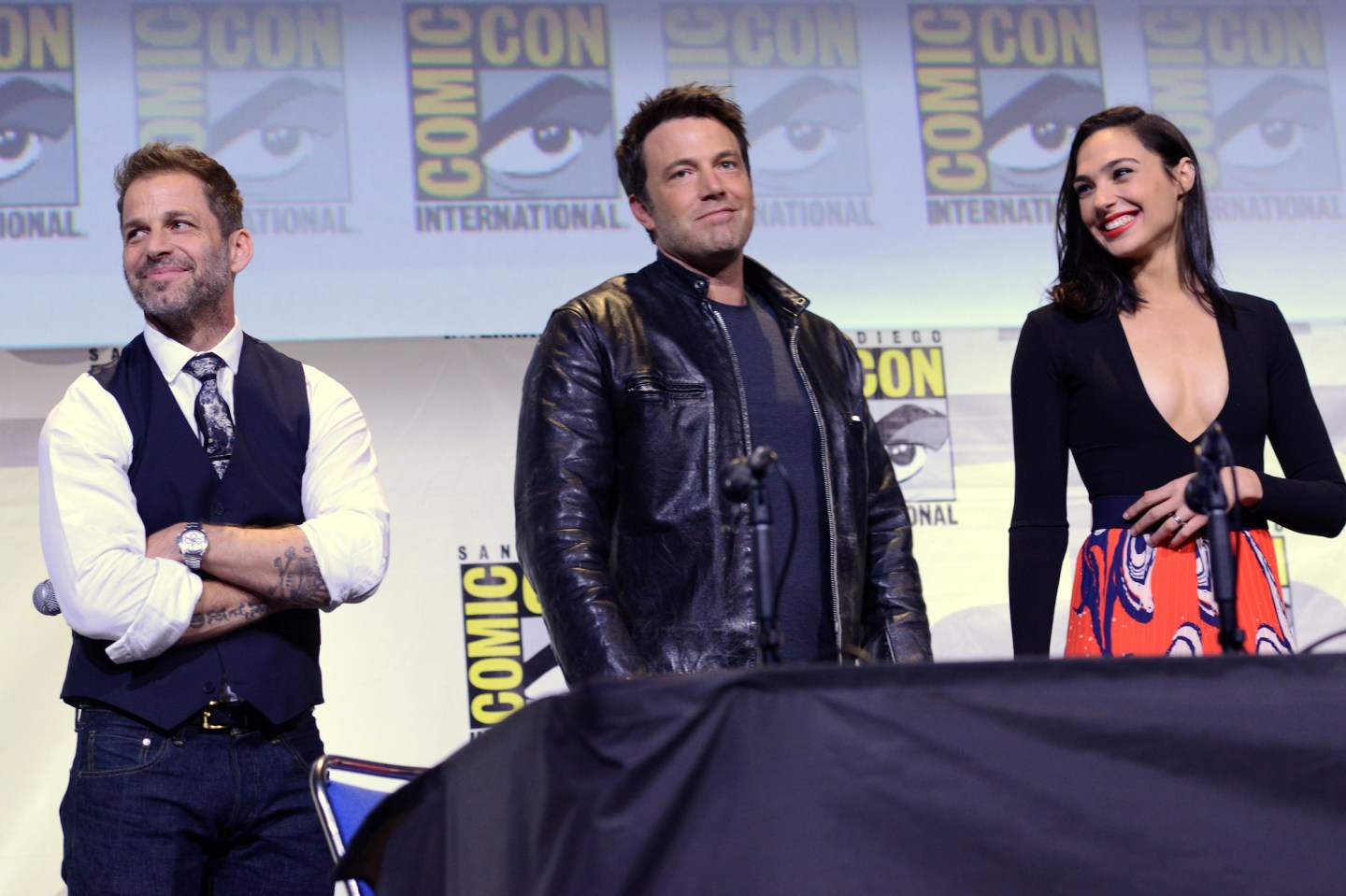 Much like the superhero-movie industrial complex itself, the news cycle surrounding Marvel and DC productions seem increasingly destined to roll forward in cyclic perpetuity, the same set of stories regurgitated every few months with minor updates or alterations.

This time, a near-mythic director’s cut of Justice League is back in the news, on the second anniversary of the film’s November release.

To understand the uproar around the so-called “Snyder Cut,” a version of the much-maligned superhero blockbuster that would have more closely mirrored director Zack Snyder’s original vision, it’s important to look back at the film’s troubled post-production period.

In May 2017, just months ahead of Justice League‘s planned release, Snyder stepped down from the production to grieve the unexpected death of his teenage daughter, Autumn. Avengers director Joss Whedon, whom Snyder had previously brought aboard for rewrites, was tapped by the studio to finish the film. Notably, he reportedly rewrote Snyder’s script and conducted two months of pricey reshoots, most aimed at salvaging the film’s reportedly weak third act.

When Justice League did see the light of day, it was savaged by critics and perceived as a disappointment by many fans, who felt the film’s weak story didn’t follow through on the long-awaited promise of watching beloved heroes like Batman (Ben Affleck), Superman (Henry Cavill), Wonder Woman (Gal Gadot), Aquaman (Jason Momoa), and Cyborg (Ray Fisher) share the big screen. On top of that, it was a box office bomb, losing DC upwards of $60 million after ballooning past its budget to cost in the ballpark of $300 million to make. But even with that excessive price tag, the film’s global haul was surprisingly weak; it’s the second lowest-grossing DC film, above just Shazam! (a more far-out entry for DC but still a box-office success by virtue of its much lower budget).

Though Snyder’s previous DC outing, Batman V Superman: Dawn of Justice, was criticized along similar lines—with many critiquing the film’s murky visual palette and stodgy pacing—much of the blame for Justice League fell at Whedon’s feet.

In the two years since, a vocal contingent of DC fans have wondered aloud on social media what Justice League would have been like if Snyder had returned to complete his original vision for the film. The “Snyder Cut,” as it’s become known, stands as something of a Holy Grail for fans, never officially confirmed to exist but coveted by a great many all the same.

In recent weeks, chatter around the Snyder Cut has reached a fever pitch, with some surprisingly official voices adding their name to the fanboy choir just in time for Justice League‘s two-year anniversary. First, it was Jason Momoa, reiterating a particularly intriguing stance he’s held over the years: that he’s seen Snyder’s cut of Justice League, and that it’s “sick.”

Then on Sunday, Gal Gadot—set to reprise the role of Diana Prince/Wonder Woman in Patty Jenkins’s Wonder Woman sequel, dated for next summer—tweeted “#ReleaseTheSnyderCut,” sending fans into a tailspin. Ray Fisher added his support shortly after, as did Ben Affleck.

Snyder himself, who’s been largely mum about the existence of a director’s cut, retweeted Gadot and Affleck, then adding his voice to the chorus along with that same hashtag: “#ReleasetheSnyderCut.” Suicide Squad director David Ayer’s since popped in to deliver his blessing as well.

That Justice League‘s director and stars are now themselves calling for an official release of Snyder’s cut of the film adds a level of legitimacy to the largely fan-headed campaign.

The choreographed nature of the tweets also suggests an announcement of some sort may be in the works over at Warner Bros. and DC, though insiders speaking to The Hollywood Reporter have downplayed the likelihood of this. If the studios behind Justice League were as taken off guard by the tweets as the general public, the tweets are likely be part of a more grassroots effort on the part of the film’s creatives to drum up interest in a director’s cut.

Either way, the vast bulk of the Warner Bros. catalog will be headed to HBO Max next year, and the studio has proven across several recent announcements—of Grease and Gossip Girl revivals, a Dune series, and a Michael Mann joint called Tokyo Vice—that it’s seeking to plot several attention-getting gambits to draw in subscribers. HBO Max also previously confirmed that it will house every DC film from across the past decade, from Todd Phillips’s Joker reimagining to Snyder’s Man of Steel, Batman V Superman: Dawn of Justice, and Justice League.

A director’s cut of Justice League, released as a streaming exclusive for HBO Max, would seem to make good business sense, giving those who’ve kept calls for the Snyder cut alive these past two years a nigh undeniable incentive to sign up. The bigger question surrounding the mysterious director’s cut—which Snyder’s tweets, unless they’re merely mischievous in nature, would seem to suggest exists in some form—involves the DC Extended Universe’s sense of personal identity.

A long way from Marvel’s clockwork cinematic universe, DC has struggled mightily with the creative direction of its superhero films. After the lackluster reception for Justice League, a film meant to be an Avengers-style victory lap that emerged as anything but, DC restructured its films operations and scrapped plans for a second Justice League, instead proposing a non-linear narrative for its films and offering filmmakers more creative freedom in how they approached characters.

So far, that bet’s been paying off for filmmakers. Aquaman, from director James Wan, gave Momoa a standalone vehicle that drastically shifted tones from dramatic and weighty to fleet-footed and humorous. A massive box-office success that also earned much stronger reviews than past DC outings, it’s the only DCEU film to blow past $1 billion at the global box office.

What lies ahead is even quirkier. After scathing reviews for Ayer’s Suicide Squad (a film that earned praise for Margot Robbie’s performance as Harley Quinn but in few other quarters), that property’s been retooled into a more feminized, Robbie-led spinoff, titled Birds of Prey (and the Fantabulous Emancipation of One Harley Quinn). Further ahead, James Gunn—who turned Guardians of the Galaxy into one of Marvel’s goofiest, most idiosyncratic entries—is taking another pass at the Suicide Squad characters in an outing said to be stranger in tone. And Matt Reeves is still filling out the cast for The Batman, a standalone film featuring the Caped Crusader, but his choice to retire Affleck’s version of the character and instead cast Robert Pattinson points to a different creative direction for the film.

Given all these pivots in direction for DC, it’s conceivable that studio executives would be loathe to look backward and return to Snyder’s much-maligned portion of the DCEU in any form. Still, with Justice League and #ReleasetheSnyderCut trending on Twitter, the past few days have made it clear there’s still some interest out there in a recalibrated version; and if such a cut does exist, few announcements could deliver as fearsome an amount of fan service for HBO Max.