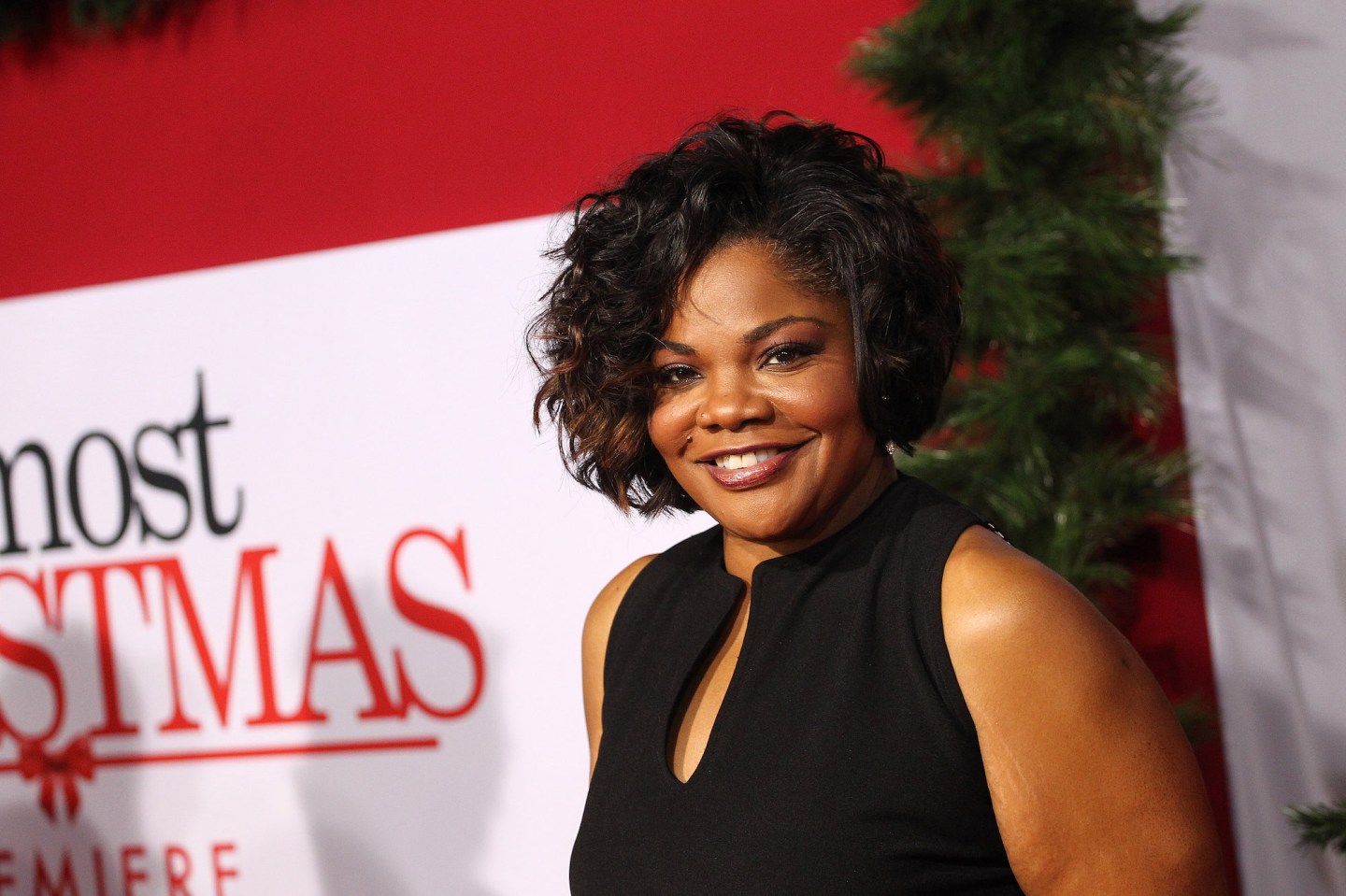 Did Netflix discriminate against Mo’Nique on the basis of race and gender during contract negotiations for a planned comedy special?

That’s what the Oscar-winning actress and comedian is contending in a lawsuit filed in Los Angeles on Thursday, which accuses the streaming giant of attempting to drastically underpay her for a stand-up special compared to rates offered to other actors.

What the suit calls a “biased, discriminatory” offer, allegedly made to Mo’Nique in November 2017, sits at the foundation of a 39-page filing that shines a harsh light on Netflix’s internal lack of board diversity and previously documented issues with pay inequality.

“Despite Mo’Nique’s extensive résumé and documented history of comedic success, when Netflix presented her with an offer of employment for an exclusive stand-up comedy special, Netflix made a lowball offer that was only a fraction of what Netflix paid other (non-Black female) comedians,” reads the lawsuit, originally reported by NBC News.

It’s unclear what damages Mo’Nique will seek; she’d previously publicized the “lowball” $500,000 figure Netflix reportedly offered her, stressing that such a “talent fee” paled in comparison to those offered to men and white women anchoring similar specials.

“When the talent was not a Black woman, Netflix offered to pay, and did pay, astronomically more than it pays to Black women like it offered to Mo’Nique,” reads the lawsuit.

In an official statement sent late Thursday, Netflix promised to fight the lawsuit.

“We care deeply about inclusion, equity, and diversity and take any accusations of discrimination very seriously,” said a Netflix spokesperson. “We believe our opening offer to Mo’Nique was fair — which is why we will be fighting this lawsuit.”

Mo’Nique’s suit specifically addressed pacts signed by high-level comedians like Jerry Seinfeld ($100 million for two stand-up specials and a series), Dave Chappelle ($60 million for three specials), Ricky Gervais, and Chris Rock ($40 million for two specials apiece) and Amy Schumer (who was initially offered $11 million for one special and negotiated up to $13 million after noting Chapelle’s and Rock’s fees).

Beyond simply excoriating the streaming giant over the gender and racial discrimination Mo’Nique claims to have experienced firsthand, the suit takes aim at a broader culture of overwhelmingly white, male leadership inside Netflix that has historically failed to correct racist behavior from executives and actors.

Noting years in which not even one member of Netflix’s board of directors was non-white, the suit highlighted that (in 2018 and 2019 respectively) Netflix only reported 4% and 6% of its workforce to be black, a slim figure for a company of the streaming giant’s size. It also pointed to incidents involving since-fired chief communications officer Jonathan Friedland and now-disgraced House of Cards actor Kevin Spacey, in which they repeatedly used the N-word and were not appropriately disciplined, as evidence of racial bias tainting Netflix’s company culture.

Though neither the Friedland nor Spacey situations involved Mo’Nique directly, the incidents could add impetus for an injunction aimed at getting Netflix to improve in-house diversity and change its internal workplace culture. Highlighting the primarily white power structures at play inside Netflix, Mo’Nique’s suit has been framed as an ideological stand against gender and racial discrimination she’s taking to pave the way for other black actresses and comedians to come.

On Instagram, she confirmed the lawsuit and suggested the decision to file it had not been an easy one. “I could accept what I felt was pay discrimination or I could stand up for those who came before me and those who will come after me,” she wrote. “I chose to stand up.”

The lawsuit is well-timed, given that a comparable racial discrimination suit is currently being decided in the U.S. Supreme Court. Byron Allen, in a complex suit against Comcast, has accused the cable giant of engaging in racial animus vis-a-vis its decision not to carry programming from his network. Allen, who is black, charges that his race played a role in Comcast’s decision to reject programming from his Entertainment Studios Networks, though the case has become a more semantical one related to whether Allen’s lawsuit had to list race as a determinative cause or simply one of many to proceed to trial.

Mo’Nique’s filing comes as word emerges that the Supreme Court seems likely to decide in Allen’s favor, in a limited ruling that makes no sweeping judgment related to similar cases.

“Netflix is one of Hollywood’s most innovative companies, yet it not only perpetuates racial and gender inequality, it also takes advantage of a gender pay gap that disproportionately affects black women,” said Michael W. Parks, Mo’Nique’s lawyer, according to NBC News. “When Mo’Nique, one of the most well-known black female comedians in America, faced that anachronistic attitude, she knew it was time to challenge the status quo.”

One prominent individual to successfully negotiate up with Netflix: comedian Wanda Sykes, who publicly said she was “offended” by and walked away from a previous offer from Netflix she believed to be insufficient. Sykes, whose Netflix special Not Normal aired earlier this year, later said of her decision to work with the streaming giant, “They moved that comma.”

Mo’Nique’s suit also reignites conversations around pay disparity that erupted last year when it was revealed that Claire Foy made significantly less than co-star Matt Smith for her lead role as Queen Elizabeth II on Netflix’s ultra-expensive historical drama The Crown. That incident led to an apology from Left Bank, which produces the series, and its creative director Suzanne Mackie vowed that July, “Going forward, no one gets paid more than the queen.” Despite this, it remains unclear whether Foy ever received pay parity on the series by means of compensation after her two-season stint on the time-hopping series.

Netflix content chief Ted Sarandos, who has not yet personally commented on Mo’Nique’s lawsuit, said earlier this year, in relation to the pay disparity issues highlighted by the Crown debacle, that the company had reviewed talent salaries in some of its series, particularly those produced by third-party studios.

—A new documentary on the National Enquirer aims to serve as a cautionary tale
—The Man in the High Castle team on its final season
—Wrongful Conviction podcast visits Rodney Reed on death row
—A new documentary on “The Preppy Murder” examines victim blaming and privilege
—Inside the Oscars’ self-inflicted Best Foreign-Language Film headache
Follow Fortune on Flipboard to stay up-to-date on the latest news and analysis.