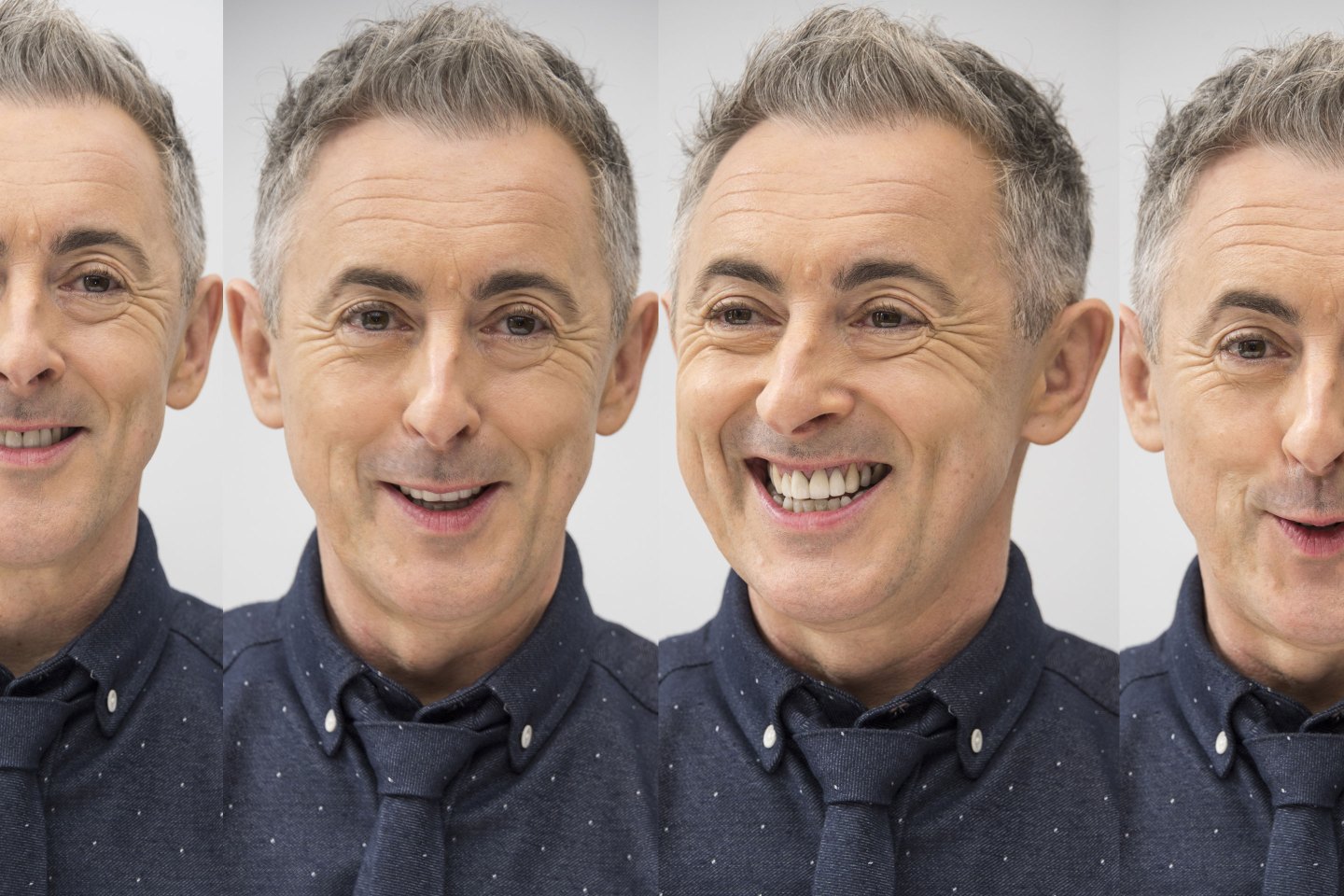 He’s a Tony Award-winning actor, director, and best-selling author who has seamlessly shifted from film to television to Broadway and beyond.

“Actors hate me because they’ll ask, ‘did you struggle when you came to New York?’ And I’m like, ‘No, I starred in a Broadway musical. I stayed at The Four Seasons Hotel. I’m kind of annoying in that way,” says the Scottish actor, who made his New York stage debut in 1998 as the Emcee in Cabaret, for which he earned a Tony. He returned to the role opposite Michelle Williams in a 2014 revival.

You’ve played such a wide range of parts. Is there any sort of role that you haven’t had a chance to play that you would love to try?

I’m going to do this thing in 2021 that is a dance piece. I’m going to be 56 and I’m going to do a solo dance piece and that’s weird. But if I have any regrets, it’s that I’m not a dancer. I have danced in things, of course. If you think of yourself an artist, you’re a storyteller. I write. I sing. I act. A dancer does it with their entire body. I’ve always been envious of that. And now, at an age when most dancers have retired 30 years earlier, I’m going do this piece. That, I suppose is the one thing I guess I’ve realized I’ve yearned for. I never thought it would happen. It’s going to be at the Edinburgh Festival and then at the Joyce Theater in New York.

It’s amazing. It’s crazy. I can’t believe I’ve lived long enough to do it. Just doing something like that—that is a challenge anyway—but is a challenge to your body when you’re older. I’m just intrigued about why I do that and why artists feel the need to challenge themselves to the point of potential failure.

How did this solo dance project come about?

When I was doing Cabaret the last time [in 2014], effectively, in that show, I was the lead dancer, which is a hilarious notion. When I turned 50 while I was doing that, I thought “I’ll never be this fit again.” And then I suddenly thought, “maybe I’ve got one more thing in me.” I thought maybe it would be another show like that, a play or a musical. Then this sort of happened all of the sudden. I was at a thing at the Joyce Theater and they said, ‘We actually produce our own things now.” They asked, “Are there any dance projects you’d be interested in doing?” Then the Edinburgh festival is going to help us. It’s kind of like I have willed it to happen. Now I’ve got to do it.

It’s so rare for an actor to break out of the acting niche. From early in your career, you’ve also been a writer and producer and a singer and a dancer.

Outside of America, everyone goes back in forth between film and TV and theater. The course I did at drama school wasn’t just acting. It was writing and directing and teaching. I’m really glad I did it because not only did I get interested in those other things, things that I still do—the writing and producing, but it also made me not be so acting-centric. A lot of the time if you focus on it too much, you can easily go down a wormhole of obsession about acting. I think it’s really dangerous. It’s so much better when it’s easy and light and childlike and just authentic and genuine and not filled with all these clunky methods.

What would you want to tell your younger self?

I would say, “Don’t worry. It’s all going to be fine.” I always thought it would be fine, but there was a long time when it wasn’t fine. In terms of my career, the biggest thing I wanted to do was work in this theater in Glasgow. That was my dream. I thought that was a huge dream and maybe I’d move to London one day. I just wanted to work and I still just want to do work. I do think this happening to me is partially due to a a willingness to be like “Okay, I’ll go to America.” I’m not hungry. Well, I am hungry, but I’m not ravenous.

You’ve worked in TV, film, theater. Which is most conducive to your lifestyle?

I really love structure and I think that one of the things I like so much about the theater is the routine. I’m looking forward to this play I’m going to do in London with Daniel Radcliffe, and just the idea that I’ll go to work at the same time every night and I know what I’ll be doing for the next few months. That’s so pleasing to me. I think everyone needs routine and structure in your life. But if you’re an actor in film or TV, you don’t always know what days you’re working or what time you’re going to be finished. After a while, you’re like, “I want to have a life.”

What I realized is the lack of routine and structure makes me crave it. I’m really looking forward to going back to the theater in Endgame by Samuel Beckett [at The Old Vic, beginning January 2020]. And then a little short one called Rough for Theatre II. They’re two great plays.

What does it feel like to come out on stage after a performance and to have an audience applaud for you? Is it a rush? Or are you used to it by now?

It feels nice. I feel a bit embarrassed by it, to be honest. Especially when I do concerts—on my own with my band—I understand if I’ve connected with people. It’s not about a standing ovation. It’s about an understanding that you’ve really connected with people and it’s hard to describe what that is, but you can feel it.

For me, that’s what I’ve loved about doing cabaret concerts. It’s sort of old fashioned. It’s just me and a band and I tell stories and I don’t have to do it eight times a week. I can do it and get my fix of that amazing energy of connecting with an audience.

Have there been parts you’ve really wanted, but didn’t get?

I think everyone gets that way sometimes—even Meryl Streep. When a script goes out, it doesn’t just go to one person. Many people see it and they’re all trying to get it. So yeah, there have been things in the past where I thought, “Oh, I would have loved to done that role.” I remember this one thing where I really wanted to play this part and I turned down other things so I could do it just in case I got it and then I didn’t get it. But I did other things instead. I don’t have regrets.

Do you ever consciously take a break between projects or do you always have something going on?

I do take a break, but I’ve also got – right now, I’m writing another book, another memoir [a follow-up to his bestselling book Not My Father’s Son: A Memoir], so even though I’m on a break technically, I’ve got that. I’ve got a production company so things are always rolling. I’m always spinning a lot of plates.

I also think there are other things I’d love to do. I’d love to just go to my house in the country and write. I really would like to go back to university if I had the time, but I don’t have the time. I’d like to be a gardener.

—Waves director Trey Edward Shults on his sensory, soul-bearing family saga
—The Man in the High Castle team on what to expect in its final season
—Mo’nique takes Netflix to task over racial and gender bias in lawsuit
—A new documentary on “The Preppy Murder” examines victim blaming and privilege
—Inside the Oscars’ self-inflicted Best Foreign-Language Film headache
Follow Fortune on Flipboard to stay up-to-date on the latest news and analysis.