‘Knives Out’: Rian Johnson and Composer Nathan Johnson Talk About Their Cousinly Collaboration 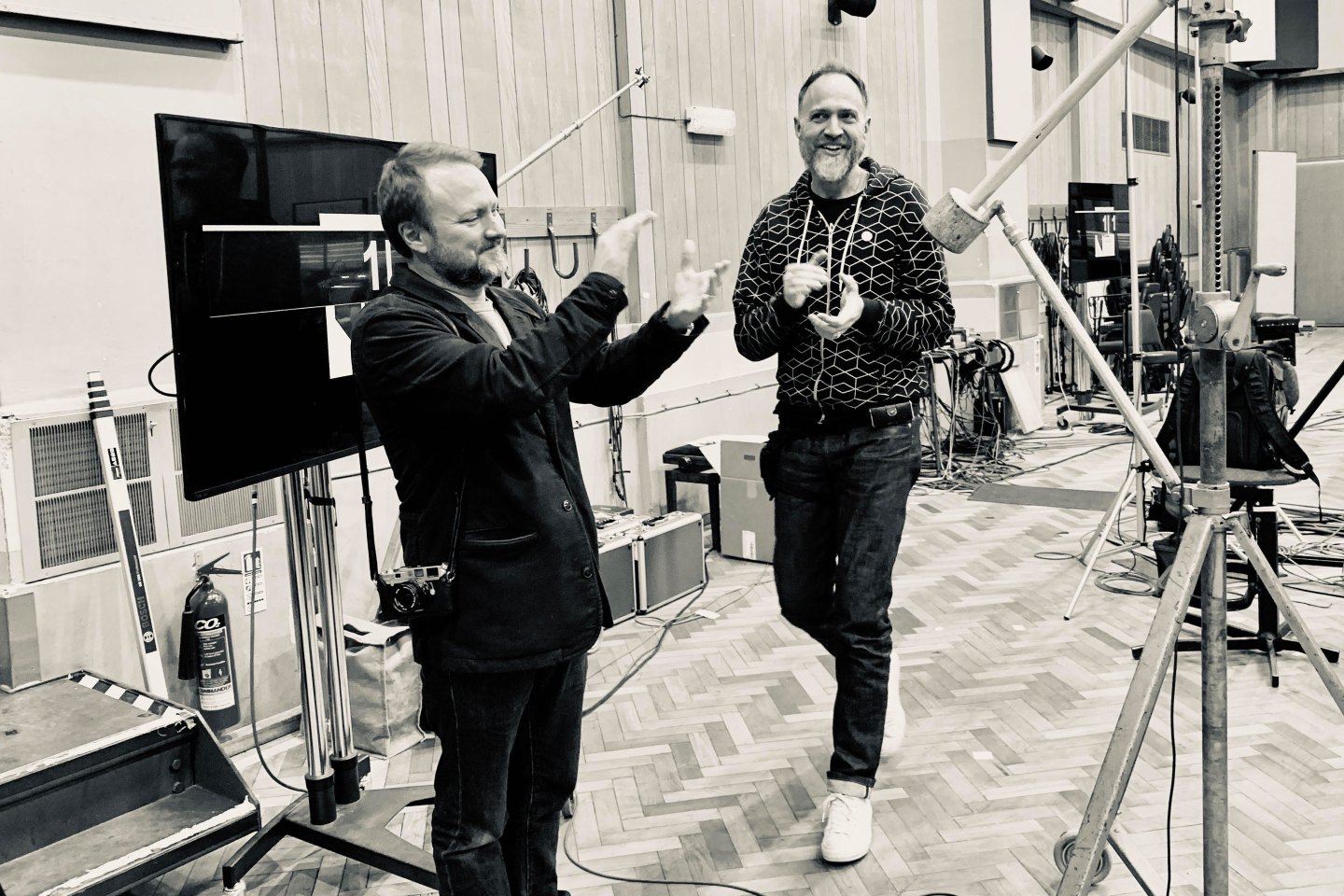 Rian Johnson has directed a Star Wars film, two critically acclaimed Hollywood thrillers, and a Breaking Bad episode often cited as the greatest episode of television ever made. And he cut his teeth in junior high and high school, making songs and movies with his cousin Nathan.

“Every time we would hang out, we’d make a short,” Rian tells Fortune. “It’s just what we did for fun.”

Nathan composed the score for their latest collaboration, Knives Out (in theaters Nov. 27), Rian’s new whodunit centered on Harlan Thrombey (Christopher Plummer), a famous mystery novelist mysteriously murdered during a visit from his dysfunctional family. Rian worked closely with Nathan on his score, recorded at Abbey Road Studios in London.

“To know that we would have been recording there [one day], it would have blown our minds,” Nathan tells Fortune, recalling a time when the two cousins—both Beatles fanatics—digitally edited themselves behind the Fab Four on the Abbey Road album cover.

The pair got their start by wiring two VCRs together, with a Discman hooked into one of the audio channels. “You had to pause and unpause the music precisely every time you made an edit,” Rian says. “It was sort of the music-editing equivalent of synchronized swimming.”

In 2005, Nathan scored Rian’s first feature film, Brick, on no budget in his apartment, banging file cabinets and rubbing wineglasses into a single microphone. “It was very much the junkyard orchestra,” he says. “We basically scored that whole movie over iChat.” Brick had a troubled birth; in 2018, Rian told No Film School that he “basically spent his twenties getting it made” through an “eight-year process of trying and failing.” But the Johnsons never stopped working together—no matter the scale.

Nathan went on to score more Rian-directed films, including the 2008 comedy caper The Brothers Bloom, starring Adrien Brody and Rachel Weisz, and 2012’s Looper, a sci-fi thriller starring Bruce Willis as a dystopian contract killer. For the former, Nathan conducted a “back porch orchestra” of strings and woodwinds; for the latter, he manipulated recordings of industrial fans and flowing water until they were unrecognizable.

For Knives Out, Rian asked Nathan to create music that “goes for the throat,” citing the economical, thematic scores of classic films like Lawrence of Arabia. “It’s such a dialogue-heavy screenplay,” Nathan says. “We didn’t want it to be a big wash of sound that’s just pulsing in the background. It’s very meticulously crafted to dance around the dialogue.”

Rian says that Edvard Grieg, the Norwegian composer from the Romantic era, was a go-to for the sound he wanted. “That romantic but sharp sting of his strings just felt so perfect for the film,” he says. “Nathan took cues from that, but then made it totally his own in a way that fits the movie even better.”

Knives Out’s score begins with a brief theme for string quartet before segueing into full orchestration, peppered with motifs relating to each character, like private detective Benoit Blanc (Daniel Craig), the victim’s eldest daughter, Linda (Jamie Lee Curtis), and his youngest son, Walt (Michael Shannon). “Each of the family members sort of has their own musical world that they live in,” Nathan says.

While recording the orchestra, he got to use “the actual equipment that was used to make all of our favorite records”—specifically, by The Beatles. “Our engineer pointed to the two mics on the violins and [said] those were the mics that they used to record ‘Eleanor Rigby,’ ” Nathan says.

Given that “Eleanor Rigby” itself was inspired by a film score—that of Alfred Hitchcock’s Psycho—the composer feels recording at Abbey Road was something of a full-circle moment. “One of the great things about it is it’s not a museum, it’s a fully functioning studio,” he says. “Getting to go record in the temple of the music that we grew up loving was just crazy.”

Whether he’s working with a “junkyard orchestra” or in the most famous studio in the world, Nathan says that a good score always comes down to storytelling. “Regardless of which approach you’re using, if the ideas at the core of it aren’t strong, all the money in the world isn’t going to help that,” he says. “Creativity can be enhanced by tools, but no amount of tools are ever going to strengthen a bad idea.”

Most important, the Johnsons agree their working relationship is built on trust—and the shorthand only cousins can share. “It’s still the same basic process,” Rian says. “Nathan gets involved very early. He’s one of the first people I talk through any story with.”

“It feels almost like a partner dance,” Nathan says about working with Rian. “You’re supporting what’s going on on-screen but never wanting to step on their feet.” And in decades of working together, the cousins have never been more in lockstep than in Knives Out.

You can listen to an exclusive premiere of the Knives Out score below: