What the Indie Spirit Nominations Mean for 2020 Oscar Contenders 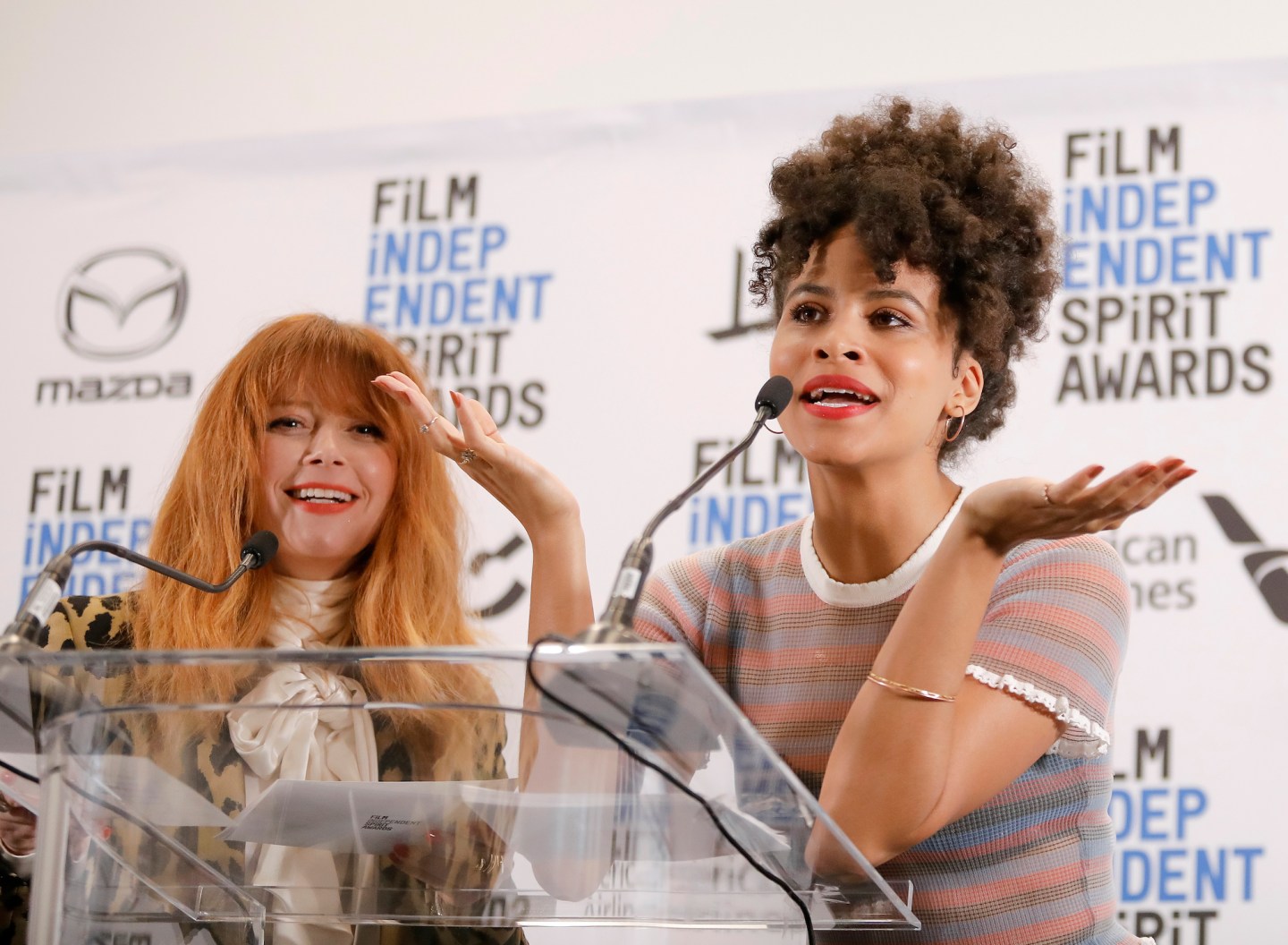 One of awards season’s key milestones took place this morning in Los Angeles when nominations for the 35th Annual Film Independent Spirit Awards were announced by actresses Natasha Lyonne and Zazie Beetz.

While many of this year’s nominees and honorees will ultimately have little to do with the 2020 Oscar race, a handful of acting, directing, and producing contenders do stand to benefit from being recognized by Film Independent. Since 1985, the organization has lauded independently-produced films whose budgets are under $20 million and has, historically, featured a much more diverse swatch of talent than its film Academy counterpart.

Here are a few key takeaways across various categories in this year’s competition for the Spirit Awards, which will take place in Santa Monica on Saturday, Feb. 8, the day before the Oscars, and air on IFC.

Best Feature Among this year’s nominees are A24’s The Farewell and Uncut Gems, Netflix’s Marriage Story, Fox Searchlight’s A Hidden Life, and Neon’s Clemency. The first three have emerged formidable Oscar contenders in the last two months, and this only cements their fortitude moving forward, especially following their collective Gotham Award attention. The latter two have been quieter entrants, with Clemency only just now being screened for critics and press, but has earned a ton of advanced buzz. (Marriage and Clemency’s additional Spirit noms for Best Screenplay also help to boost their overall Oscar potential.)

Best First Feature Critically-acclaimed underdog Oscar contenders Booksmart (from embattled studio Annapurna) and The Last Black Man in San Francisco (from A24) are likely the biggest beneficiaries here. Lesser-known nominees The Mustang, The Climb, Diane, and See You Yesterday aren’t as likely to make waves at the Oscars, but will no doubt bolster their filmmakers’ careers, who join past winners such as Marielle Heller, Spike Lee, Kasi Lemmons, Kenneth Lonergan, and Billy Bob Thornton as being crowned their generation’s next-big-thing filmmakers.

Best Director The Spirit Awards have always offered up more gender and racial equity for directors than at the Oscars, and this year’s nominees reflect this ethos once again: Alma Har’el for Amazon’s Honey Boy, Lorene Scafaria for STX’s Hustlers, Julius Onah for Neon’s Luce, Robert Eggers for A24’s The Lighthouse, and Benny Safdie and Josh Safdie for a24’s Uncut Gems. This is a particularly huge moment for Har’el as Honey Boy marks her narrative-feature debut, and for Scafaria, whose film has raked in $103.56 million at the North American box office. Onah is definitely name to watch, if likely still too fringy for this year’s Oscars, while A24’s double-bill directing nominees are now officially the season’s hottest all-around auteurs.

Best Female Lead Nominees here represent a pleasantly surprising mix of talent: Karen Allen for Colewell, Hong Chau for Driveways, Elisabeth Moss for Her Smell, Mary Kay Place for Diane, Alfre Woodard for Clemency, and Renée Zellwegger for Judy. Of this group, only Woodard and Zellweger have officially been anointed “Oscar contenders” by the trades, so this is another feather in their campaign caps. That said, the Lead Actress Oscar race is wildly more open this year than usual as only a few major contenders—Bombshell’s Charlize Theron and Sony’s Little Women cast—comes from big-studio releases.

Best Male Lead It’s kinda cool that The Lighthouse’s Robert Pattinson and Uncut Gems’ Adam Sandler are both nominated here as the former reinvented his career with A24’s Good Time in 2017—by the Safdie Brothers—in the same way Sandler has with their film Uncut Gems. Somewhat lesser-known, but potent talent in this pool also includes The Mustang’s Matthias Schoenaerts, Kelvin Harrison Jr. for Luce (who’s also in A24’s awards entry Waves), and newcomer Chris Galust for Give Me Liberty.

Best Supporting Female You could almost hear a collective gasp on Twitter when Jennifer Lopez’s name was announced as a nominee here for Hustlers, which all but cements her place in the Oscar race after months of promotional and awards press. Lopez’s movie is certainly the splashiest as compared to those of her fellow nominees—Waves’ s Taylor Russell, Give Me Liberty’s Lauren Spencer, Luce’s Octavia Spencer, and The Farewell’s Zhao Shuzhen—but she faces particular grassroots competition from the latter, whose heartbreaking turn as a Chinese grandmother who may (or may not) be dying from cancer is easily the year’s most endearing, Oscar-worthy performance.

Best Supporting Male If A24 has the tear-jerkiest movie this season with The Farewell, it has also the craziest in The Lighthouse, thanks in large part to a maniacal turn by nominee Willem Dafoe, who’s now all but secured himself an Oscar nomination. Joining him here is the history-making pairing of young Noah Jupe and screenwriter Shia LaBeouf for Honey Boy (the first time an actor has been nominated for playing his own real-life father), The Last Man’s… breakout star Jonathan Majors, and Burning Cane’s Wendell Pierce. But in typical Indie Spirit fashion, it’s really anyone’s category to win as the show puts on a premium on feting outlier talent that the Oscars often overlook.

Editor’s Note: This post has been updated to clarify that The Last Black Man in San Francisco is an A24 release.