How the Independent Spirit Awards Keep Pushing to Reshape Hollywood 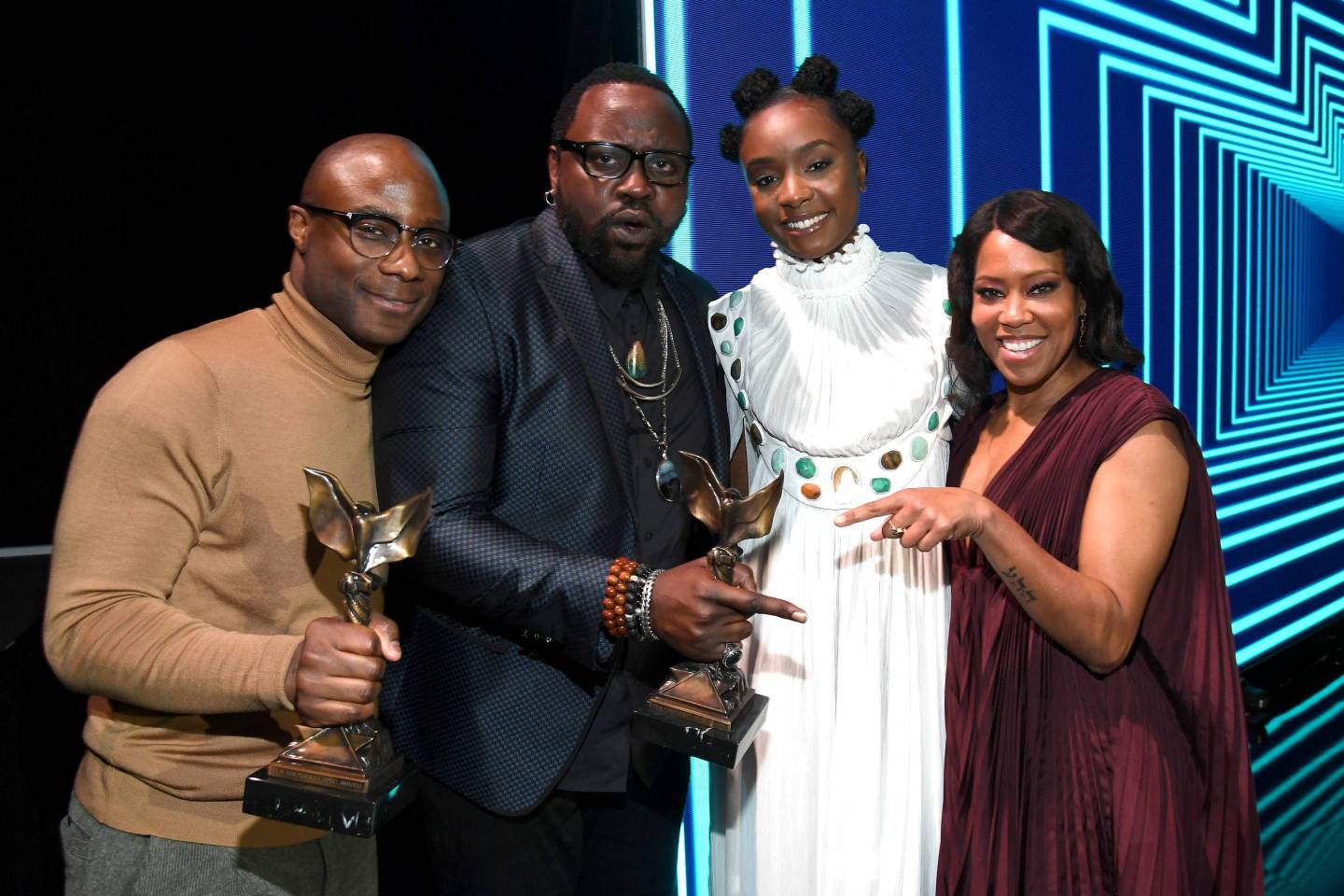 As the Academy of Motion Pictures Arts and Sciences girded itself for the unknown of a host-less Oscars telecast, and the final chapter of a season marred by ongoing gender inequity and campaign craziness, the 34th annual Independent Spirit Awards seemed to go off Saturday, as they always do, without too much drama.

And they had a host, too!

Dedicating her gig to “all the freaks,” actress/comedian Aubrey Plaza presided over IFC’s broadcast of the show in her signature, nihilist droll as scores of beachy-haired indie icons dined on coconut ceviche and sipped rosé inside the show’s signature white tent alongside the Pacific Coast Highway.

And while the winners created some of the year’s most wrenching and intensely dark stories—including If Beale Street Could Talk by Barry Jenkins and Sorry to Bother You by newcomer Boots Riley— the mood was typically buoyant and loose, in keeping with what Film Independent President Josh Welch says is the show’s secret ingredient. “Unlike the Oscars, the Independent Spirit Awards have never taken themselves too seriously.”

With Hollywood’s awards season now a bloated six-month-long circus, and the Oscars suffering a seemingly endless identity crisis, the Spirit Awards now inhabit a uniquely powerful niche. “They’ve always done what a good indie is supposed to do, which is live within their means,” says Dana Harris, editor-in-chief of IndieWire. “They’ve taken pride in being scrappy, and they’ve never had to check diversity boxes because they’ve always been diverse. The fact that this stuff is still a thing at the Oscars is kind of galling, and largely why the Spirit Awards are still important.”

It’s also what inspired then-married filmmakers Gregory Nava and Anna Thomas to start Independent Features Project/West in the early 1980s, which began as a filmmakers conference inside Hollywood’s historic Roosevelt Hotel. In 1985, the organization held its inaugural awards celebration called the “Findies” (named for “Friend of the Independent”) inside a now-defunct restaurant on La Cienega in Los Angeles, and was hosted by actors Peter Coyote and Jamie Lee Curtis.

“They knew the Oscars were never going to recognize smaller films like Sex, Lies and Videotape and Dirty Dancing; it was that renegade spirit of, ‘OK, we’re going to do it ourselves,’ says Welch. “Also by then you didn’t need permission from a studio to make a film; the tools of movie-making had become more affordable. They applied that same philosophy to creating their own system of awards and community-building.”

Writer/director Paul Schrader, a seven-time Spirit Award nominee, including for this year’s Best Screenplay and Best Director for First Reformed (which also netted him his first-ever Oscar nomination for writing) says recognition from Film Independent by his peers in the early 1990s struck a particularly meaningful chord. This is after years of work on seminal films like Taxi Driver and Raging Bull had gone unnoticed by the film Academy.

“I think the Oscars aspire to a certain middle-brow successfulness,” says Schrader. “What they want is something that seems important but is not very threatening really. In the end that’s sort of what wins out in the Oscars. But I think Film Independent voters, because of the nature of who they are and the size of the budgets they work with, are less compelled to be ‘good voters.’ They like to be threatening.”

The Spirit Awards also have a separate category for Best First Feature—a designation that can directly impact how quickly a new filmmaker is able to work again. “Winning that award was the cherry on the top of the whole experience; it made me feel seen,” says director Marielle Heller, who won in 2015 for her debut The Diary of a Teenage Girl and then went on to helm Fox Searchlight’s critically-acclaimed Can You Ever Forgive Me? “It was a definite high.”

Thirty-five years in, the organization has maintained one formal criterion in evaluating Spirit Award-contending films: a budget cannot exceed $20 million. This year, Film Independent voters, a body of 7,300 members worldwide, two-thirds of whom identify as filmmakers, had a record 400 films to evaluate for 37 winning slots.

The group also has consistently worked to invest in its artists through thousands in grants given out each year, including a new award created last year called The Bonnie, which gives $50,000 in unrestricted grants to a mid-career female filmmaker. The Bonnie had particular resonance this year as its winner, Debra Granik, failed to earn an Oscar nomination despite being widely lauded for her film Leave No Trace. In fact, three out of five director nominees at the Spirits this year were women—as opposed to zero at the Oscars.

“Change is happening really thoroughly and robustly under the auspices of Film Independent,” Granik said in her acceptance speech Saturday. “The board, the participants, the incubation it does…I’m a recipient of these encouragements over the years.”

The Spirit Awards are certainly the most fun when they are the anti-Oscars. (Who could forget when Forrest Gump won Best Picture at the Oscars and Pulp Fiction scored at the Spirit Awards in 1995?) But in the last decade, frequent crossover between the two shows signaled an ideological chasm may be shrinking. While this year’s Oscar contenders for Best Picture include more big-studio contenders than usual—A Star is Born, Green Book and Black Panther for three—a slew of recent Best Picture winners including Moonlight (2017), Spotlight (2016) and Birdman: The Unexpected Virtue of Ignorance (2015) were also all top winners at the Spirit Awards. And if pundits are right, Netflix’s Roma, Alfonso Cuaron’s intimate, black-and-white Spanish-language film, which netted Best International Film at the 2019 Spirit Awards, seems likely to nab Oscar’s top prize.

“The Oscars are looking more and more like the Spirit Awards,” says Welch, citing an uptick in nominated films by writer-directors, such as Cuaron, as opposed to classic stalwarts like Steven Spielberg, Martin Scorsese, and Ron Howard, who generally haven’t written their own scripts. (This could be due to the Academy’s recent infusion of younger voters, many of whom cut their teeth in indie film, and now have to opportunity to help their peers win Oscars.)

Some in the business say that the lines are getting so blurred that the overall value of an Oscar or Spirit Award win for a filmmaker, actor, or producer is difficult to quantify. “I think they’re both semi-fixed in terms of winners— give or take surprises now and again,” says a partner at a top talent agency. “A Spirit Award win now mostly makes an impact on newbies’ careers.”

It’s a reality not lost on Schrader, who walked away empty-handed at this year’s Spirit Awards and has realistic expectations for Sunday’s Oscar ceremony. “You set off in your creative career to do work that is not defined by others but by yourself,” he says. “At the very least, awards attention makes it easier to get more work and more people to see my movie. First Reformed is a very good film. If it hadn’t got any Indie Spirit or Oscar nominations, it still would be a very good film. I’m appreciative for the attention, but I’m not defined by it.”