The Trade War Cost U.S. Farmers Their China Market. A Deal Might Not Bring It Back 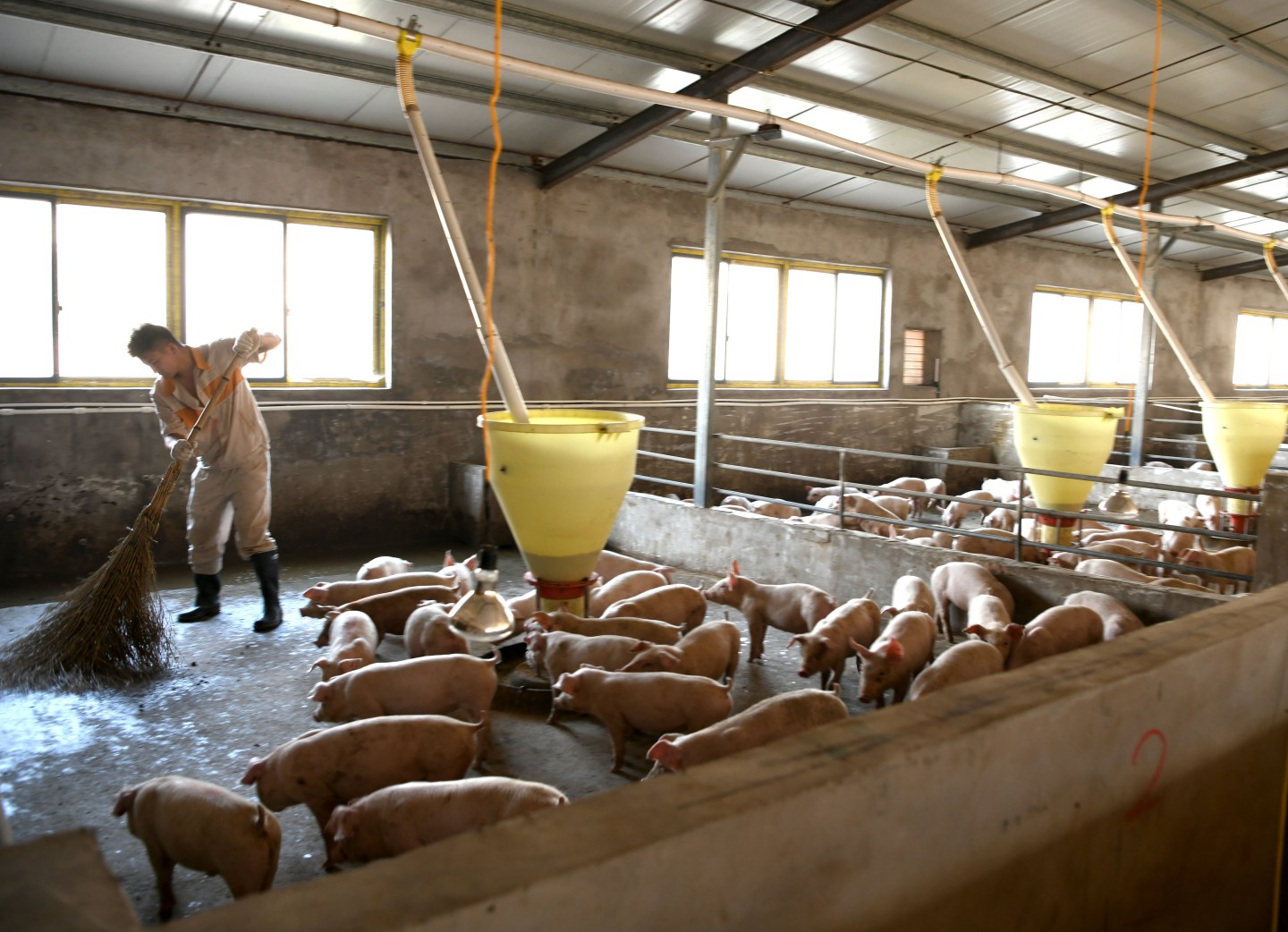 U.S. farmers have paid a steep price during Washington’s months-long trade war with Beijing, losing almost two-thirds of their exports to China. Now, however, there is hope as trade talks—with U.S. agriculture squarely in the center—seem to be closing in on a deal.

But even if an agreement comes to fruition, changes in the world agriculture market may mean that those farmers will still lose out.

This week, President Donald Trump demanded China buy up to $50 billion in U.S. agricultural products annually, and China reacted with reluctance, arguing that it would be better to allow market forces to dictate purchases after tariffs are eased.

This mirrors news from several weeks ago, when China denied President Trump’s claims that the country would purchase $50 billion in agricultural products as part of the trade agreement. Reports pegged the figure nearer to $20 billion, which would be much closer to the $24 billion in agricultural products the U.S. shipped to China at its peak in 2014—and more than double the $9 billion sent last year.

Those trade figures are why analysts like Darin Friedrichs, senior Asia commodity analyst at INTL FCSTONE in Shanghai, think a $50 billion guarantee was always unlikely. But there are others forces at play. In China, the desire to defer to market whims may reflect the country’s increasingly diversified food supply; the country has accounted for the decrease in U.S. agricultural imports by increasing trade with other countries.

“Agriculture is one of those things that the U.S. side really has to address. It’s probably the most publicized, or well-known, effect of the trade war,” Friedrichs said. “[But] basically, over the past year and a half, China has been really aggressive in trying to diversify where [it’s] buying from.”

The trade war began in July 2018, when the U.S. levied $34 billion in tariffs on Chinese goods. China immediately responded by placing a 25% tariff on soybeans, along with taxes on a slew of agricultural and other products. Rounds of retaliatory tariffs over the following months raised soybean tariffs as high as 33% for U.S. producers, and pork tariffs as high as 72%.

Aaron Krauter, a farmer in North Dakota and former head of the state’s farm service agency, says that at the peak of the U.S.-China soybean trade, farmers in his area were sending 80-90% of their soybeans to China. Now, he says, the soybean market has evaporated—and other crops have also been hurt either through tariffs or from secondary impacts.

U.S. farmers might have initially hoped that the trade war would lead to less trade restrictions with China, Friedrichs says, but now they worry that it could mean a complete loss of the market.

Farmers thought, “‘We’re going to get rid of these silly restrictions that China is putting on our products and we’re going to have this huge market [in China],’ but that hasn’t happened,” said Friedrichs. “We’re a year and a half into this, and it made China realize [it was] way too dependent on U.S. beans.”

Indeed, since the trade war began, the Chinese agriculture market has transformed.

Amid the U.S. conflict, China seems to have realized that food security means having diversification of sources, says Friedrichs of INTL FCSTONE. “China has been really aggressive in trying to diversify,” he said. “So [after a trade deal], the market might be open for the U.S., but [American producers] are going to face a lot of competition from all these new players.”

China has worked around the U.S. agriculture tariffs by expanding relationships with South American countries like Argentina and Brazil. At the same time, China’s pursued its Belt and Road Initiative (BRI), a trillion-dollar-plus policy aimed at developing infrastructure and investment projects around the world. Through BRI, China has established ties with dozens of countries in Asia, the Middle East, Africa, and Europe, which has opened new markets for agricultural imports.

“We’ve lost those markets, they’ve gone someplace else, they’ve built up those relationships,” Krauter, the North Dakota farmer, said. “It’s going to take years, years for that to come back.”

Another factor that’s reshaped China’s agricultural market in the past months is African Swine Fever (ASF).

Since arriving in China in August last year, ASF has devastated domesticated pig herds across the country. The country has lost as much as 60-70% of its female pigs, and slashed roughly 25% of its pork production.

China is the world’s largest consumer of pork, and ASF has created a massive shortage in the country’s protein supplies. That means U.S. pork producers will stand to benefit from a trade deal; China needs its pork. But other U.S. farmers might not experience the same rebound in the event of a deal because China has fewer pigs to feed.

“Because of the African Swine Fever, there is just not that much need for soybeans and corn [to feed pigs],” said Friedrichs. “The U.S. is trying to push China to buy huge amounts of soybeans, but China is saying, sure, but we don’t really need those.”

Even with these trends underway, there’s tremendous pressure on the U.S. side to strike a deal. The government has provided significant subsidies to farmers to offset their losses during the trade war, but a deal with China would provide a more sustainable solution.

The U.S. is certainly not alone in feeling a sense of urgency.

Edgar Wayne Johnson, an agricultural consultant based in Beijing, says China’s ASF troubles are reaching a tipping point. With skyrocketing prices of pork and other meat, he says China is entering a food crisis and will be forced to come to the negotiating table.

“Eventually China is going to blink,” said Johnson. “The people of China are taking up the slack, and I don’t know how long it can last.”