Airbus’s A400M Was Meant to Be the Pride of Europe’s Military. But After Years of Problems It Still Has a Screw Loose 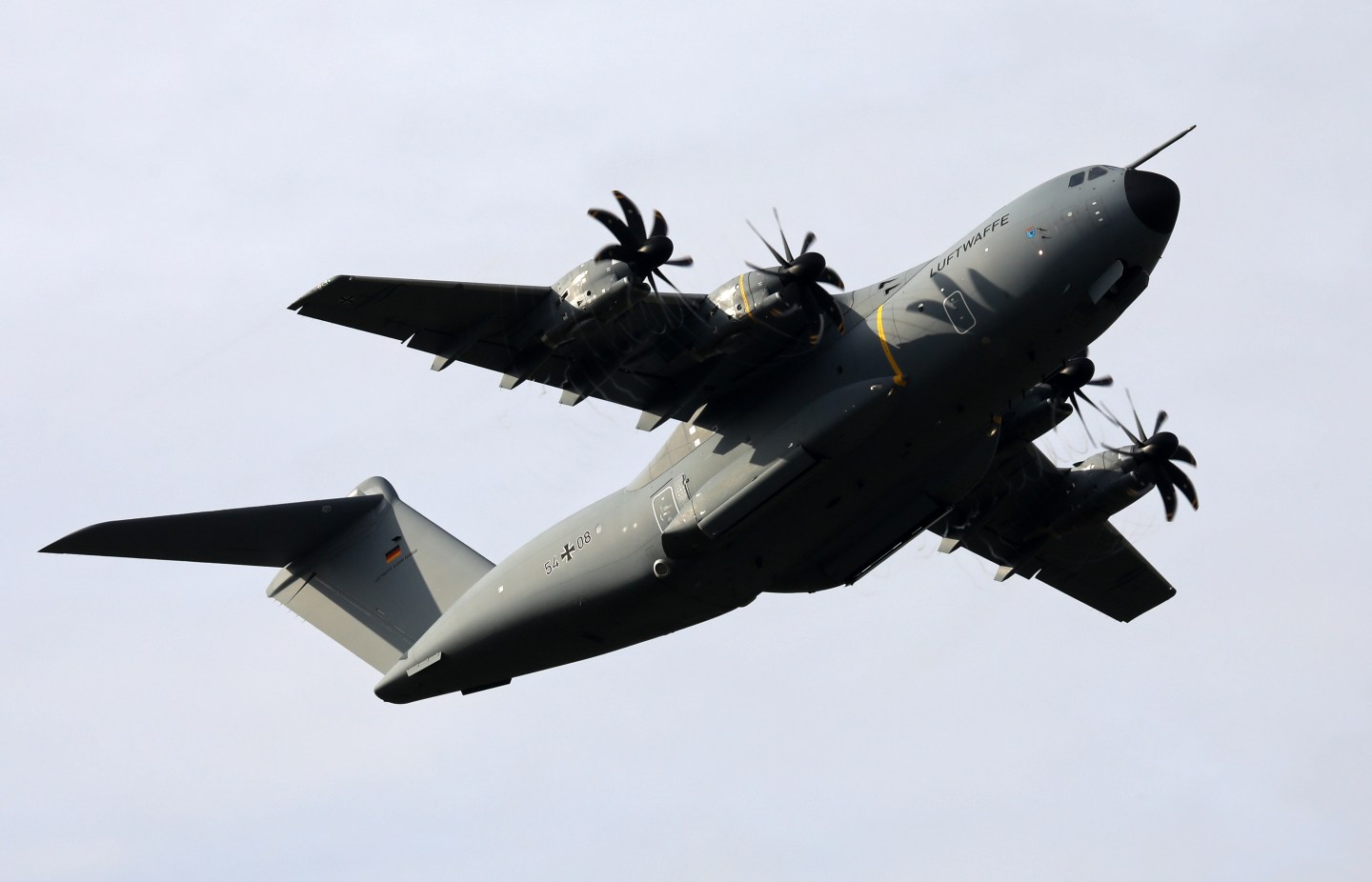 Airbus just got some unwelcome pushback from the Luftwaffe.

On Wednesday, it emerged that the German air force had rejected delivery of two of the European plane-building consortium’s A400M military transporters, of which it already has 31, with another 20 also yet to be delivered. The reason: technical issues, including a problem with the bolts holding the propellers onto the craft.

The bolt issue is arguably not that major in itself—due to insufficient tightening, the bolts can become loose during rare high-g maneuvers, potentially leading to structural damage but not causing the propellors to fall off. A day’s work on each plane will fix the issue, a spokesperson for the Luftwaffe told Fortune.

However, the problem adds to a long list of issues with the A400M. The transport aircraft is Europe’s shot at avoiding reliance on the products of American manufacturers Lockheed Martin and Boeing. But since its inception in 2003 it has been plagued with heavy delays, cost overruns requiring $4.3 billion in bailouts from European governments, and technical faults.

The first deliveries of the A400M were supposed to take place in 2009 but only occurred four years later (to France)—the delays caused arguments between Airbus and NATO and led the consortium to report around $9.3 billion in charges overall. Four Spanish crew members died in a 2015 test-flight crash that was down to a software fault. More recently, Airbus has also had to deal with problems with the plane’s engines, propellers and propeller gear boxes.

“This is certainly a bad look for Airbus after a long line of technical faults and delays,” said Justin Bronk, a research fellow at the U.K.’s Royal United Services Institute. “It remains to be seen whether this particular fault is replicated in other users’ fleets, but serviceability remains a concern for many.”

According to Germany’s Der Spiegel, which first reported the Luftwaffe’s rejection of the two transporters, the bolt issue first manifested in a French A400M, leading Airbus to advise its customers to inspect their craft.

The A400M’s issues “pale into insignificance” when compared with those that have plagued Boeing’s KC-46 military transporter, said Mal Craghill, a former commander of the U.K.’s Air Warfare School. “It is not uncommon for new aircraft types to encounter teething problems,” he said.

“I suspect the German move is just to ratchet up the pressure on Airbus to get the engine problems fixed more quickly. I’m not aware of Germany mounting any significant operations at the moment, so now is as good a time as any to highlight the issues,” said Craghill.

Europe’s air forces do not entirely rely on the A400M; as Craghill noted, they still have many Lockheed C-130 and Boeing C-17 military transport aircraft in service.

Nonetheless, said Bronk, “this issue as with others that have dogged the programme will be sorted—the A400M is too important to too many air forces to be allowed to fail now.”

“It is also important to remember that when the aircraft is working as intended, it performs extremely well and offers a unique and valuable mix of capabilities to the Luftwaffe and other operators,” Bronk added.