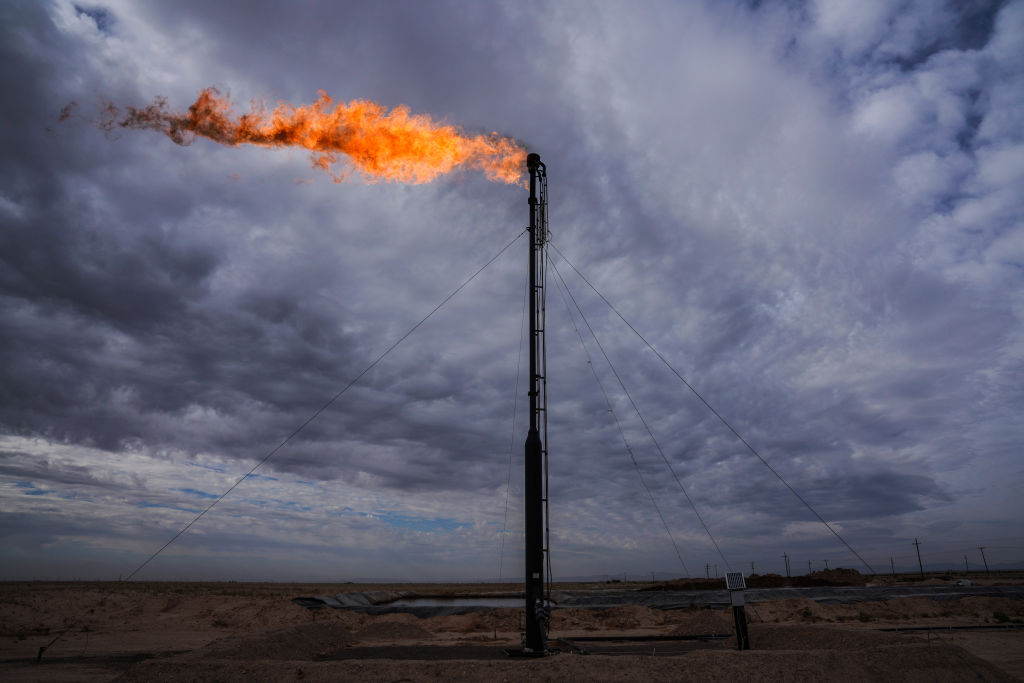 MIDLAND, TX - MAY 3: Workers extracting oil from oil wells in the Permian Basin in Midland, Texas on May 3, 2018. Oil production has been causing a sudden influx of money especially for local Texans despite the consequences for the natural environment. (Photo by Benjamin Lowy/Getty Images)
Benjamin Lowy—Getty Images

Over the weekend, Saudi Aramco, the Kingdom’s state oil company announced it will go public at last. But as the latest round of oil industry earnings showed—ExxonMobil, the final major to report third quarter earnings, was on Friday—Aramco will do so against a recurrently gloomy global backdrop: oil production, particularly of shale oil in the U.S., continues at a relentless, explosive pace; demand simply can’t keep up; and geopolitical shocks, however dramatic, barely push up the price. And that’s to say nothing of the growing climate backlash against fossil fuel expansion.

Here are the third quarter takeaways.

1. Oil firms are feeling the headwinds

The third quarter was bumpy for oil companies. Geopolitical jitters in the Middle East—particularly multiple confrontations in the Strait of Hormuz, the narrow marine strip between Iran and Oman that forms a key oil chokepoint—added to headaches, but the per-barrel price of Brent crude nonetheless dropped nearly 9% over the three months to October. That was because production continued to grow, and multiple fronts in the trade war added further drag to a global economy that is already slowing—particular in China. (Less economic growth traditionally leads to less oil demand.)

That was paired with a long-running oversupply of gas that helped further dent profits at most of the majors—Exxon’s quarterly earnings were $3.17 billion, roughly half of last year’s profit; Shell’s fell to $4.77 billion, down 15%; and BP’s dropped 41%, to $2.3 billion. (Even Aramco reported that its profit over the first nine months of 2019 fell 18%, to $68.2 billion.) Most companies beat analyst expectations, but executives’ warnings were clear: there are more headwinds ahead.

The narrative of the last several years isn’t slowing down: the Permian Basin, largely in Texas, is still producing shale oil at a frenzied pace, converting the U.S. from a consumer into an increasingly dominant global supplier in the process.

With smaller players struggling to keep up, the basin is increasingly the playground of the world’s biggest oil companies: ExxonMobil, and Chevron. Exxon said its production in the basin had risen by 70% in the quarter, while Chevron said its production there rose by 35%. But they weren’t the only companies pumping out more, and the jumps in production weren’t just coming from Texas: France’s Total saw production rise 8.4% from the same period last year—setting a record—on the back of a broad mix of projects in the North Sea and Brazil.

While the results beat expectations, a recurring theme drew an immediate clamor from the market: multiple companies said it was getting harder to return money to its investors. Shell warned that, though it still planned to buy back $25 billion of shares, the plan could be delayed past the end-of-2020 deadline. Exxon has also been struggling to keep up dividends with just cash, resorting to selling assets instead. And in the U.K., BP indicated it could delay its plan to pay higher dividends by the end of the year.

—Climate change is hitting the insurance industry hard: How Swiss Re is adapting
—Norway is a green leader. It’s also drilling more oil wells than ever
—The World Bank and its peers get poor marks for funding renewable energy projects
—The Future 50 sustainability all stars
—How 3 PG&E execs decide when California businesses go dark to stop wildfires
Subscribe to The Loop, a weekly look at the revolutions in energy, tech, and sustainability.