Norway Is a Green Leader. It’s Also Drilling More Oil Wells Than Ever 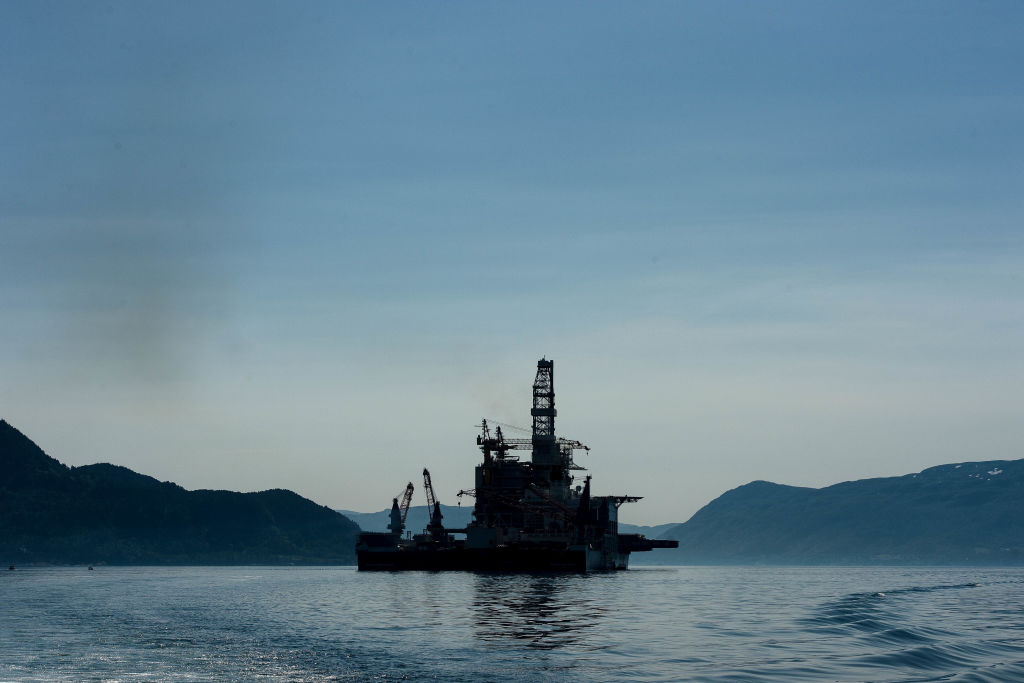 An oil drilling platform sits on board the world's largest construction vessel, the Pioneering Spirit, in the Bomla fjord near Leirvik, ahead of its transportation to the Johan Sverdrup oil field, Norway, on Friday, June 1, 2018. Equinor ASA has reduced the break-even price to below $20 a barrel in its flagship Johan Sverdrup oil project in the North Sea. Photographer: Carina Johansen/Bloomberg via Getty Images
Carina Johansen—Bloomberg via Getty Images

Norway is in the midst of a national debate about climate change and the energy industry. The country is also on track to drill more oil wells than ever before.

This year, Norway is forecast to drill 130 wells—an uptick of 16% compared to 2018—with 55 of those wells for “exploration drilling”, or drilling for fresh sources of oil, according to Rystad Energy, an Oslo-based consultancy.

Together, the pace of fresh drilling in the Scandinavian country—both one of the world’s largest oil producers, and one of the countries at the forefront of “green” policy—could reach an all-time high, Rystad said.

That momentum is expected to remodel the offshore Norwegian Continental Shelf, the heart of the North Sea’s oil production, as a boom area—even as global oil drilling is expected to be flat this year, the consultancy said.

“This brings activity levels in line with the record pace last seen in 2013 and 2015, before the effects of the oil price collapse took hold on the drilling market in Norway,” said Eivind Drabløs, an analyst at Rystad specializing in offshore rigs.

That drilling is not expected to be a flash in the pan, either, but to kick off a period of renewed growth in Norwegian oil production—with the agency predicting 30 to 50 “exploration” drills per year to 2023.

This was already expected to be a big year for Norwegian oil.

In January, consultancy Wood Mackenzie said North Sea exploration faced a “promising year ahead”, with 60 more exploration wells, a jump of 25%, forecast across the U.K., Norway, Denmark and the Netherlands, fueled by a boom in oil company budgets, and multi-year projects finally beginning—marking a recovery from the lean years after the oil price crash began in 2014.

“Norway will be at the heart of the uptick, with drilling expected to reach pre-downturn levels,” analyst Neivan Boroujerdi wrote at the time, predicting a jump in Norwegian exploration wells to 40, a sharp jump from the year before, but short of Rystad’s prediction.

This year also marks a major landmark for the industry: the start of production this month off the coast of Stavanger at the Johan Sverdrup field. The mammoth field is expected to reverse Norway’s declining oil output, extending the country’s oil industry by decades. (Norway has an odd habit of naming its oil fields after national icons—Sverdrup was a prime minister in the 19th century.)

Of course, that highlights an awkward contradiction. Norway is both an early-adopter of green technologies—electric cars have become nearly standard, and its own population relies heavily on “green” hydro power—and a country whose wealth is built on offshore oil drilling.

When Norway began drilling for oil off its coast in 1969, it turned the country into one of the world’s largest oil producers, and turned Norwegians themselves into, per capita, some of the world’s wealthiest people. It also funded the Norwegian Sovereign Wealth Fund, the largest such fund in the world—which has recently divested from many oil and gas stocks. (The head of the fund said it was not for climate reasons, but because the fund was overexposed to oil prices.)

That oil-rich North Sea wealth didn’t just benefit Norway: it also benefitted the U.K., particularly around Scotland. But in recent years, the output from the North Sea has been steadily waning, ceding space in the global oil mix to both the Middle East and the U.S., whose shale boom has turned it from an importer to a frequent oil exporter. This year, Norway’s state regulator forecast that oil production could hit at least a three-decade low.

Norway isn’t drilling everywhere. In April, political support evaporated for drilling in the Lofoten Islands, an ecologically-sensitive group of islands above the Arctic Circle, which are estimated to hold reserves of up to three billion barrels of oil.

But within the country, political critics of the oil industry have nonetheless been gaining ground. In local elections in September, political parties from the Greens to the Socialist Left party, which support restraints on the oil and gas industry, made gains at the expense of centrist parties that have traditionally supported the industry.

That political division is mounting—alongside the pace of drilling.

—Offshore wind enters new era with world’s biggest turbines—and no subsidies—Saudi Aramco says damage that plunged world oil market into chaos is already fixed
—Allbirds founders on why we need to eliminate plastics for good
—Nigerian suit against JPMorgan opens a window onto how oil field contracts are won
—Listen to our audio briefing, Fortune 500 Daily
Subscribe to The Loop, a weekly look at the revolutions in energy, tech, and sustainability.