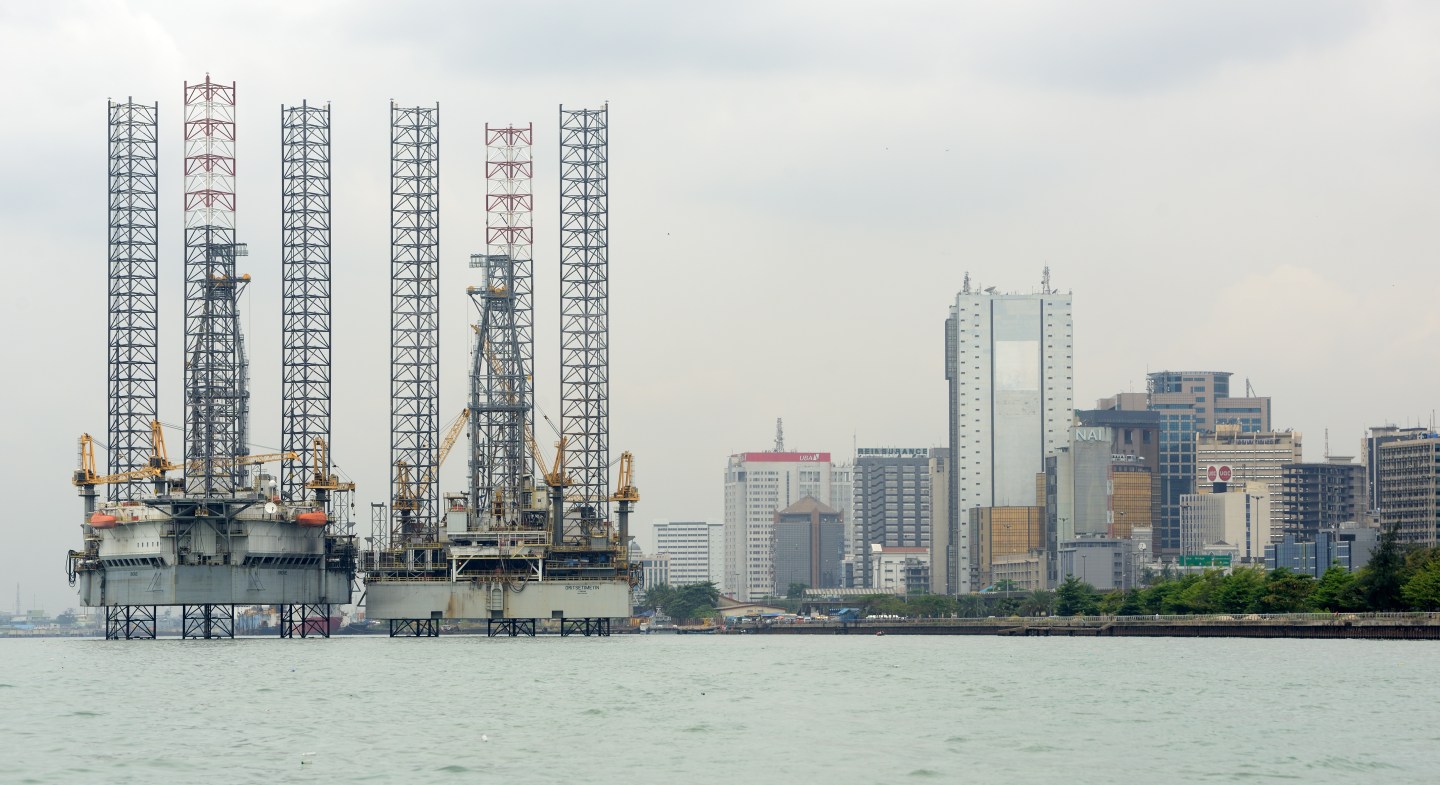 Even for a company the size of JPMorgan Chase, it might to be hard to miss a sum of $1.1 billion zipping across a client’s account. That’s the argument currently winding its way through U.K. courts in London, where the government of Nigeria is suing the biggest U.S. bank, arguing that oil giants Royal Dutch Shell and the Italian company Eni paid that amount to allegedly corrupt Nigerian officials in 2011 for a license to drill in a hugely rich offshore oil block—and that JPMorgan ought to have blocked the deposits.

On Tuesday, a U.K. court rejected JPMorgan’s appeal to dismiss the case, ruling unanimously that Nigeria had the right to sue the investment bank in an attempt to wrest back the money.

That decision is just the latest episode (and a minor one, at that) in a saga that has dragged on for years in courtrooms in New York, Milan, and London, embroiling top oil executives, Nigerian officials and their middlemen, and even the Swiss government.

For anti-corruption organizations, which have closely tracked every moment of the legal proceedings, the case represents an unusual window into how Western companies operate in countries where opaque payments and off-the-book deals have long been the cost of doing business.

“This is a landmark moment where corporations can be held to account,” says Barnaby Pace, oil campaigner for the London-based anti-corruption organization Global Witness.

Pace’s group exposed leaked emails suggesting that senior Shell executives were aware from the start that their money was destined for the pockets of allegedly crooked Nigerian officials. Those emails are now rich material for prosecutors. “It is very rare to get this evidence,” Pace says.

The main case has unfolded for months in a Milan courtroom, where 13 defendants, including Eni CEO Claudio Descalzi and Shell’s former upstream director Malcolm Brinded, plus their two companies, face charges of corrupt payments, and could face up to seven years in jail, plus financial penalties, if they are convicted, while JPMorgan could also face fines.

Back in 2011, Eni and Shell paid $1.3 billion to explore a deep-water block off the coast of Nigeria, called OPL 245, where estimated oil reserves total a whopping 560 million barrels of oil—a gusher that could last many years. The entire payment was intended to go to Nigeria’s central government, but it ultimately received just $210 million. The other $1.1 billion was wired into a special Nigerian government account at JPMorgan in London—the account that’s in question in the London case.

About $875 million of that latter amount was transferred to accounts held by Dan Etete, who was Nigeria’s oil minister when the block was originally allocated back in 1998, while the rest was blocked by courts after claims on it by middlemen. Italian prosecutors say that of that sum approximately $520 million was then turned into cash and given to then-President Goodluck Jonathan and other Nigerian officials. In fact, JPMorgan had originally tried to wire the $1.1 billion Nigerian funds to a Swiss bank account for the benefit of Etete, but the bank in Switzerland refused to accept the money, on suspicions of corruption. JPMorgan then reported its own suspicions to British authorities.

Even so, JPMorgan has argued in the London case that it had “no responsibility to look behind the payment instructions.” Nigeria has also sued Eni and Shell in a separate case in London for corruption and “unlawful activity.”

Last month, Switzerland’s Federal Tribunal ordered Geneva prosecutors to turn over a suitcase of documents and a USB drive that they had seized three years ago, belonging to one of the Nigerian middlemen who helped negotiate the government’s deal with Eni and Shell.

Both companies have denied they willfully broke the law. “There is no place for bribery or corruption in our company,” Shell said in a 2017 statement when Italian prosecutors announced their charges. Eni’s board of directors said they had “full confidence” that Descalzi was “not involved in the alleged illegal conduct.”

Anti-corruption organizations dispute that, saying the leaked emails show the details of the corruption were clear to top officials in both companies. “From the time of the deal, some of the most senior oil executives had been told explicitly that the money would go to Goodluck Jonathan,” Pace says. “Oil companies are perpetually reliant on government approvals.”

For the global oil and gas industry, with annual revenues exceeding a trillion dollars, the signing bonus the companies paid is relatively insignificant.

But for Nigeria, the ability to recover funds is crucial. The legal battle is one part of a mammoth effort to bring its outsized corruption under control, and to begin to recoup the billions that have been siphoned out of the country over the years. Transparency International names Nigeria one of the world’s most corrupt places, near the bottom of its global ranking, at 144 out of 180 countries.

In fact, the tangled tale of the offshore oil block began in 1998 under Sani Abacha, then Nigeria’s dictatorial president, who awarded it to a company secretly controlled by Etete for just $2 million, even though it seemed clear that the license would likely spin off billions in revenues. Abacha, who lived in sumptuous luxury, died of a heart attack shortly after, having embezzled an estimated more than $4 billion out of the country during his five-year rule.

More than 20 years later, Nigeria is still trying to recover the funds. About $500 million of it remains frozen in the U.S., where the Department of Justice is demanding Nigeria settle unrelated legal cases before the money is returned—and prove that it will not misspend the money again if it returns to the country.

In June, Jersey, the U.K. tax haven, seized a bank account of Abacha’s relatives, with more than $267 million in it, and Switzerland has said it intends to send back about $321 million Abacha had stashed in an account there.

But the legal battle over the Eni-Shell license could potentially have bigger implications. “We have never had such big companies go on trial before,” Pace says. Prosecuting such cases on an international scale is difficult, but the case shows it’s possible, he says. “That is one reason it is so unprecedented.”

JPMorgan declined to comment on the record for this story. Previously, a lawyer for the company said the bank had “no duty to inquire into or investigate the validity or legality of the instructions it received” during a February court hearing in London.

—Offshore wind enters new era with world’s biggest turbines—and no subsidies—These shoes are shifting the economics of deforestation in the Amazon rain forest
—Allbirds founders on why we need to eliminate plastics for good
—Meet the “Raging Grannies” and “Gray Rangers” calling for climate action
—Listen to our audio briefing, Fortune 500 Daily
Subscribe to The Loop, a weekly look at the revolutions in energy, tech, and sustainability.