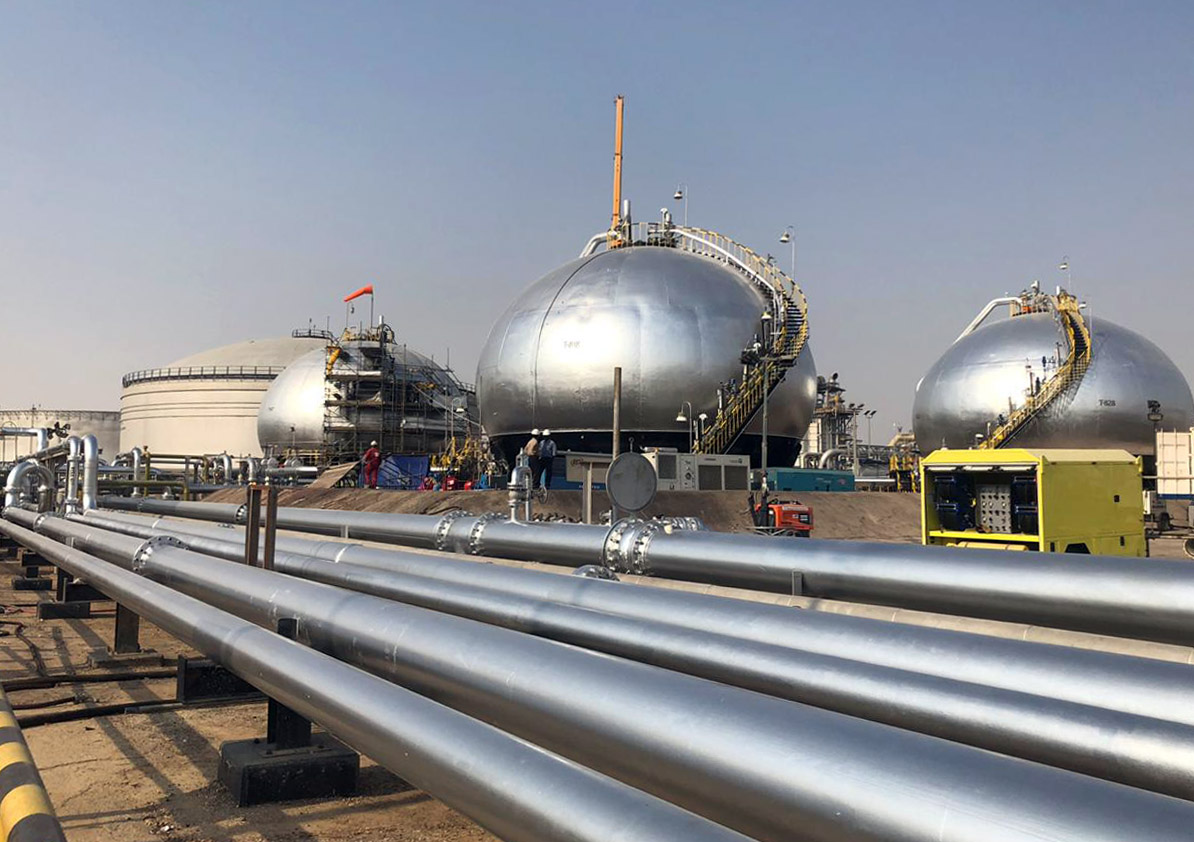 More than two-dozen investment banks involved in the potentially record-breaking listing of Saudi Aramco are expected to bring home serious bank in the coming weeks. By one measure, they’ll be splitting $450 million in fees.

But they’re likely to face a hefty cost too in helping the world’s biggest oil producer go public. Some of these same banks are getting an earful from critics who question anew their green bona fides, an image they’ve been burnishing for years.

Controversy over the banks’ involvement in the Aramco IPO coincides with a report this week by Boston Common Asset Management, an ethical U.S. investment firm, that found that, despite an explosion of risk assessment tools and green banking initiatives in recent years, there has been little change in the industrywide practice of financing big polluters. Furthermore, financing for fossil fuels continues to rise each year, totalling $1.9 trillion between 2016 and 2018.

And now comes the IPO for Saudi state-run oil company Saudi Aramco, which pumps one in every eight barrels of oil produced globally and is sitting on at least 52 years of oil reserves.

Aramco, the world’s most profitable company, could raise up to $40 billion in next month’s IPO, based on Saudi Arabia’s hoped-for valuation of $2 trillion for the entire company—along with fat fees for the banks advising the deal.

In a letter last month to the CEOs of the top seven investment banks underwriting the IPO, including Goldman Sachs, J.P. Morgan, Morgan Stanley and HSBC, a group of 10 environmental groups called Aramco “the world’s largest corporate emitter of carbon dioxide” and said that enabling it and other oil companies to extract their oil reserves was “a recipe for financing the destruction of the planet.”

The environmental groups said that each of the banks involved had previously expressed concern about climate change and advocated respect for human rights.

“If you go ahead as lead coordinators in raising tens of billions of dollars for the world’s biggest climate polluter—funds that will be at the disposal of a government that continues to commit appalling human rights violations—it will be clear that your words of environmental and social concern are devoid of all sincerity, and that when push comes to shove your concerns for short-term profit outweigh all else,” the letter from groups including Friends of the Earth U.S., the Sierra Club and Rainforest Action Network, said.

Noting that U.N. experts had concluded last year that oil usage would have to drop by as much as 87% by 2050 in order to contain the worst the effects of a warming climate, the environmental groups said such drastic cuts would not be possible if banks kept helping the oil industry to raise ever more capital.

J.P. Morgan and Goldman Sachs declined to comment, but Goldman Sachs referred Fortune to the bank’s 2018 sustainability report which said that sustainability was an important driver of its business and that it had set a target of financing or investing $150 billion in clean energy by 2025.

Morgan Stanley and HSBC did not immediately respond to requests for comment.

The Saudi government has said it will use the proceeds from the Aramco IPO to help finance its plans to modernize the economy and reduce its reliance on oil. But Saudi Aramco aims to continue raising its oil sales until 2050, the same year by which the U.N. panel said net carbon dioxide emissions would need to fall to zero if the world is to meet the 1.5 degree target.

Some banks have made important changes to their lending policies to steer clear of financing the most polluting forms of energy.

U.K.-based HSBC, for example, which aspires to be a leader in financing the transition to a low-carbon economy, said last year it would stop financing new coal-fired power plants everywhere except Bangladesh, Indonesia and Vietnam. The bank has also pledged not to provide financial services for new offshore oil and gas projects in the Arctic or new greenfield oil sands projects.

HSBC holds two roles in the Aramco IPO—as a global coordinator and book-runner.

BNP Paribas, another book-runner in the Aramco IPO, announced in 2017 it would no longer do business with companies whose main business was the exploration, production or distribution of oil and gas from shale or oil from tar sands. It also said it would not finance any oil or gas exploration or production in the Arctic.

The French bank had previously decided to reduce its support for coal mines and coal-fired power generation and to raise its financing for renewable energy to 15 billion euros ($16.5 billion) by 2020.

Solomon said Goldman Sachs had mobilized over $100 billion for renewable energy and clean technology around the world.  “But the urgency and scale of the challenge is clear, and we need more ambitious action,” he said in a statement at the time.

Quinn, for his efforts, said HSBC had committed to providing $100 billion of sustainable finance by 2025.

In its 2019 fossil fuel finance report card, however, campaign group BankTrack, along with five other environmental organizations, said that fossil fuel financing was dominated by the big U.S. banks, with JPMorgan Chase the world’s top funder of fossil fuels by a wide margin.

BankTrack found that, in the three years since the Paris agreement on climate change was struck at the end of 2015, JP Morgan Chase had raised $195.7 billion for companies involved with fossil fuels, ahead of Wells Fargo on $151.6 billion and Citi on $129.5 billion. Goldman Sachs was 12th on the list, and HSBC, 13th.

In its report this week, Boston Common Asset Management analyzed the climate policies of 58 of the world’s largest banks, although only 41 of them responded to the investment firm’s survey.

Boston Common said in the past five years it had witnessed the creation of many financial industry initiatives on sustainability, including the Task Force on Climate-related Financial Disclosures (TCFD), Principles for Responsible Banking and the Platform for Carbon Accounting Financials.

It said there had been some progress on governance, with a majority of banks endorsing the TCFD guidelines on what information companies should provide to investors, lenders and insurance underwriters about their climate-related financial risks.

However, Boston Common’s research showed that the new tools available to the financial sector were not affecting decision-making, with 40% of banks failing to develop any new financing or investing exclusions or restrictions as a result of their climate risk assessments.

“The result is superficial progress, where over 80% of banks have announced low carbon products and services, but financing for fossil fuels continues to increase each year,” Boston Common said.

Another measure of eco-friendly financing is the emergence of green bonds used to finance environmentally friendly projects. But even here the results are underwhelming. The market for green bonds has grown from $1 billion a decade ago to over $200 billion in 2019. This figure was dwarfed by investment in fossil fuels, Boston Common said.

A report, meanwhile, by the Bank of England’s Prudential Regulation Authority last year on the impact of climate change on the U.K. banking sector found that most banks were beginning to treat climate change risks like other financial risks.

The risks fall into two categories—immediate risks to banks’ business models, such as the exposure of their mortgage books to flood risk or the impact of extreme weather on sovereign risk; and risks related to the transition to a low-carbon economy, such as banks’ exposure to carbon-intensive sectors, whose value could be written down at some point.

“But many banks have some way to go to identify and measure the financial risks from climate change comprehensively,” Bank of England Governor Mark Carney wrote in the report.