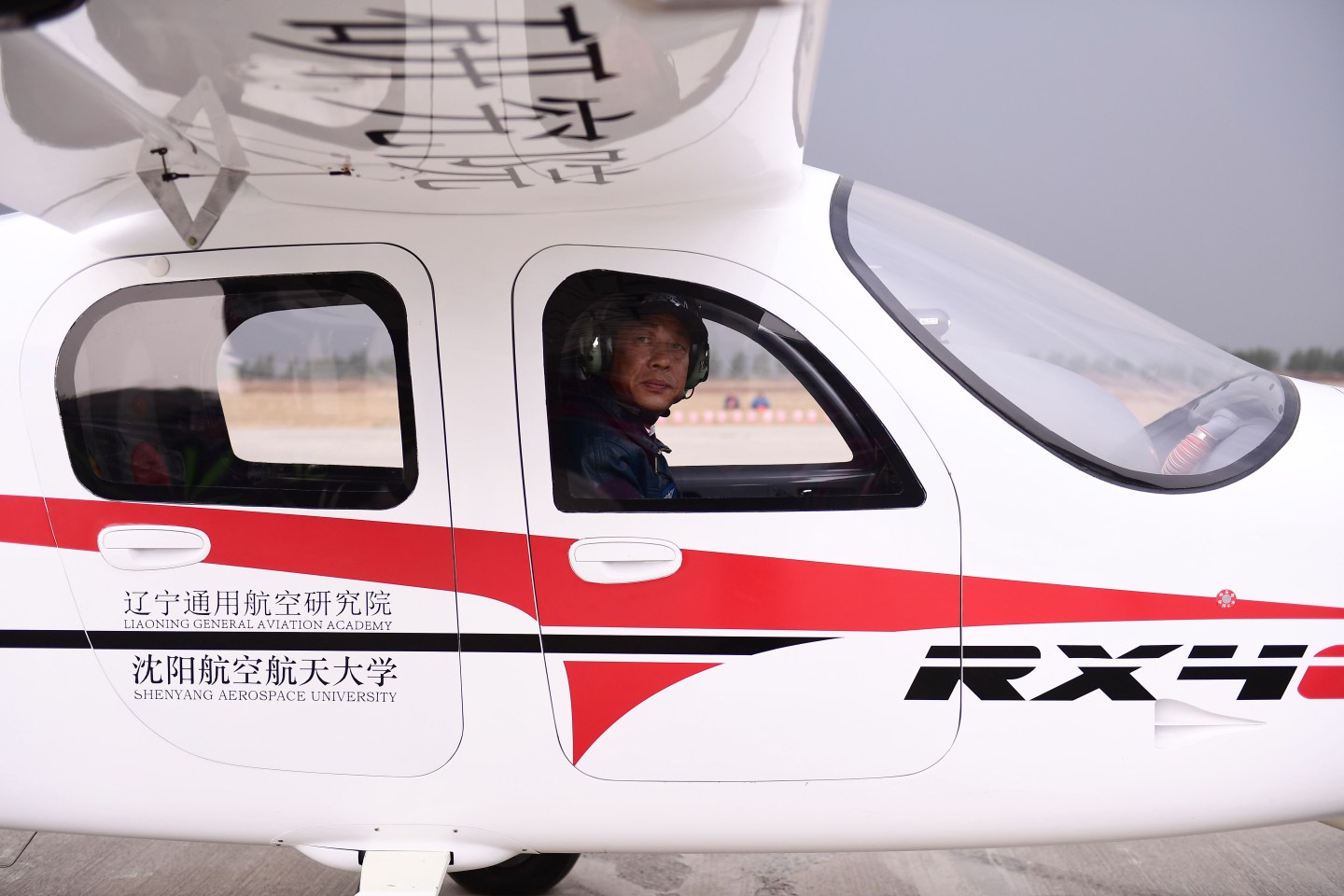 SHENYANG, CHINA - OCTOBER 28: A pilot sits inside China's first self-developed four-seater electric airplane RX4E before its maiden flight at Caihu Airport on October 28, 2019 in Shenyang, Liaoning Province of China. The 1,200 kg aircraft is 8.4 meters long with a wingspan of 13.5 meters. Developed by Liaoning General Aviation Academy, the four-seater aircraft can fly about 1.5 hours for a single flight. (Photo by VCG/VCG via Getty Images)
VCG via Getty Images

Last week Chilean President Sebastián Piñera announced that Chile’s capital Santiago would no longer host the COP25 summit on climate change in December due to ongoing protests against inequality. Spain—not devoid of protest itself, recently— has stepped up and decided to host the meeting in Madrid on the same dates.

The sudden change in venue no doubt complicated logistics for the 25,000 delegates scheduled to attend but perhaps none were left more adrift than the 16-year-old Swedish activist, Greta Thunberg, who has vowed never to use commercial flights and braved a two-week voyage across the Atlantic to attend the summit in Chile.

The activist’s decision to shun commercial flights has apparently kickstarted a culture of “flight shaming”—or “flygskam” in Swedish—which, according to UBS, could half air travel growth in Europe by 2035. However, rather than advocate a ban on flying, I’d prefer to see the tech community step up and provide solutions. Thankfully, it already is.

In China last week, a team from the Liaoning General Aviation Academy successfully completed a test-flight of a four-seater electric airplane. The tiny RX4E plane has a fight radius of 300km, although there’s no mention of how far the test-flight travelled. The craft’s relatively meagre engine capacity makes the tiny plane perfect for short-haul flights, aerial photography, crop dusting, or pilot training.

Uber anticipates launching electric-powered “flying taxis” by 2023 in Melbourne and Chinese passenger drone maker Ehang, which has already trialed its short-distance heli-taxis in China and Dubai, this week filed for a $100 million IPO on Nasdaq.

But the are many other start-ups vying to flood airspace with electric-motor flying machines and, while breakthroughs won’t come in time for Thunberg to attend the conference in Madrid this December, the groundwork is promising.

What does it mean for the future of travel? I’ll be attending the Fortune Global Tech Forum in Guangzhou, China, this week where I’ll be moderating a panel on urban transport on Thursday and Booking.com Chairwoman Gillian Tans will be sharing her thoughts on the future of travel on Friday.

I can’t say whether Tans’ vision of the future includes electric planes or reduced trips due to growing flight shame, but tune in to Fortune for live coverage of the event and find out.

For all those concerned, I’ll be travelling to Guangzhou by train.

Trump card. The White House officially began withdrawing the U.S. from the Paris Agreement on Monday. Secretary of State Mike Pompeo said sticking with the agreement would be an “unfair economic burden imposed on American workers, businesses and taxpayers.” The American Sustainable Business Council pre-emptively called that argument “a lie.” Meanwhile, in an op-ed for the Post, former Secretary of State John Kerry and former Defense Secretary Chuck Hagel called the decision to ditch Paris a “dark day” for America. CNN

Business, be better. “A narrow focus on growth, regardless of its true cost and consequences, is leading to climate catastrophe, a loss of trust in institutions and a lack of faith in the future.” So writes U.N. Secretary-General António Gutteres in an op-ed for the FT, before setting out a three-point plea for private enterprise to help alleviate the common sentiment that “the economy is not working.” Meanwhile, Gutteres also called on Asian nations to kick their reliance on coal. Financial Times

Tide’s coming in. By 2050 rising sea levels could affect three times as many people than previously thought, according to new research published in Nature. The new data suggest 150 million people will be displaced by seawater in a little over 30 years and 70% of them are in Asia. China alone accounts for up to 28% of the at risk populace; the report seems to highlight China’s Pearl River Delta—an area with an economy the size of South Korea’s—as one area at particular risk. New York Times

Saltwater pearl. Hong Kong has the most environmentally-friendly businesses in Asia, according to an inaugural report form Refinitiv on the region’s sustainable financing scene. However the report flags a disparity between action and intent noting, for example, that while 81% of Hong Kong companies have policies on water efficiency but only 8% of them have action plans in place to carry out those policies. Refinitiv

This Coal Baron Pushed Trump to Save U.S. Miners. Now His Company Is Going Bankrupt by Bloomberg

The Ground Shakes Under Britain Again, Forcing the Government to Ban Fracking by Adrian Croft

Tonight will be Bonfire Night in the U.K.—a strange yet endearing commemoration of a foiled assassination attempt in 1605, known as the Gunpowder Plot. The failed attempt to blow up the Houses of Parliament is celebrated, ironically, by fireworks blasting and bonfires blazing across the country. Last year, pollution levels in one British city tripled during the evening of November 5 to eight times the WHO’s “recommended” safe limit and hospital admissions for asthma attacks peak. So if you are celebrating Bonfire Night tonight, British readers, consider wearing a filtration mask rather than a Guy Fawkes one.

This edition of The Loop was edited by Eamon Barrett. Find previous editions here, and sign up for other Fortune newsletters here.