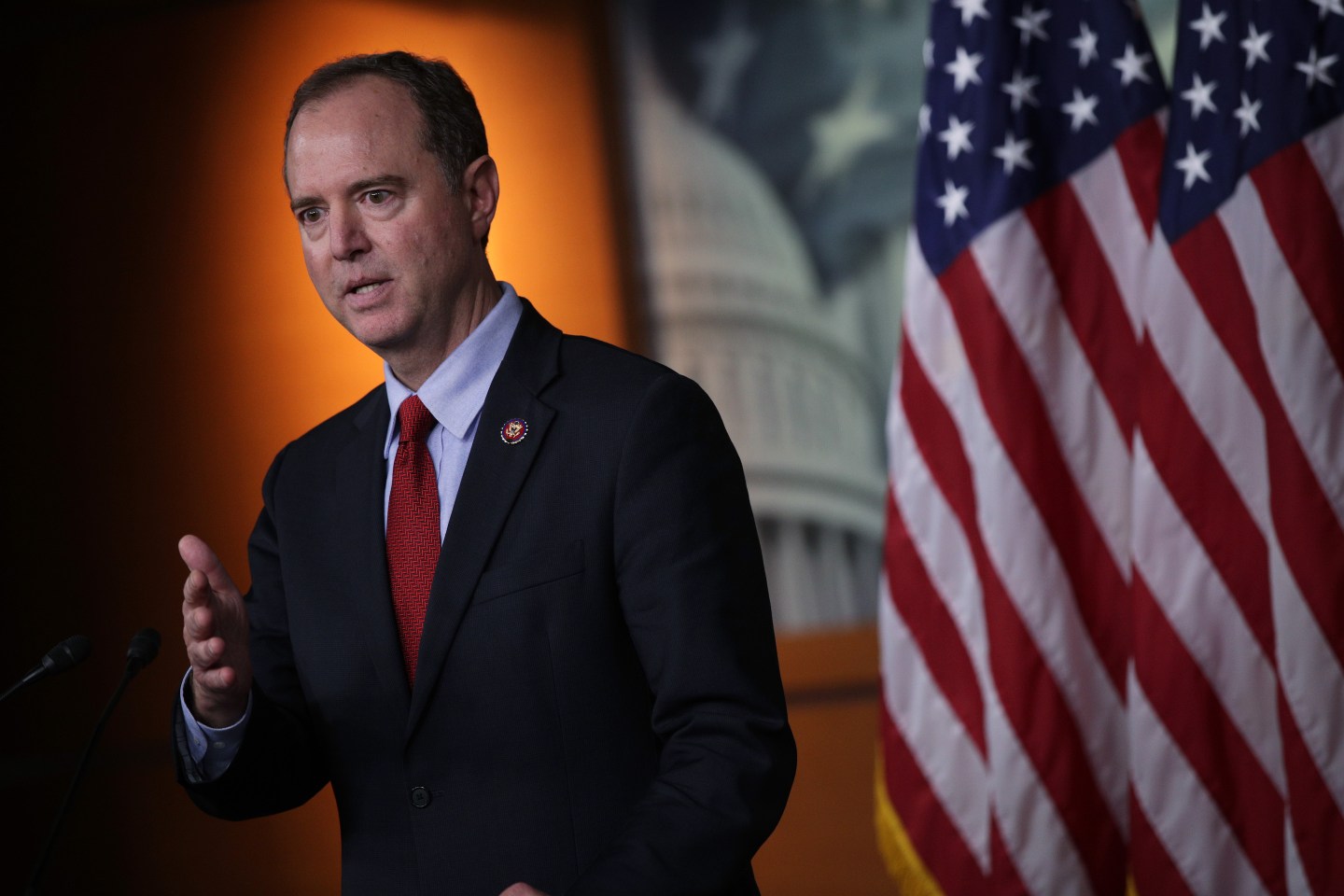 House impeachment inquiry hearings open for public viewing could begin as soon as next week just as President Donald Trump’s non-cooperation edict seems to be tightening its grip, with three White House officials this week refusing to testify.

Concurrently, House impeachment officials have released more transcripts of testimony they’ve taken thus far in their closed-door investigation. At issue is whether Trump abused his public office by withholding U.S. military aid to Ukraine, in exchange for a favor to investigate his political rival Joe Biden and his family.

Among the latest testimony is that of U.S.-EU ambassador Gordon Sondland, who made a striking revision to his earlier claims of understanding U.S. aid to Ukraine was being withheld until the country promised to investigate corruption.

In Sondland’s three-page update he now provides insight into Trump’s push for Ukraine to investigate Democrats and Biden in what the Democrats call a quid pro quo at the center of the House inquiry.

Specifically, Sondland said he now recalls telling a top aide to Ukraine President Volodymyr Zelensky, on the sidelines of a Warsaw meeting with U.S. Vice President Mike Pence, that military aid to the country likely would not resume until Ukraine had provided a public anti-corruption statement, as Trump wanted.

In his revised testimony, Sondland says his memory was refreshed by opening statements of two other key witnesses who have testified in the impeachment inquiry.

Sondland also told investigators Trump nearly hung up on him when he asked specifically whether the White House was withholding military aid for the investigation.

“I want nothing. I want no quid pro quo,” Trump said, according to Sondland. “I want Zelensky to do the right thing.”

Sondland—a Washington state hotelier and Trump election donor—said the president was in a “bad mood.” The diplomat said, “I wouldn’t say he hung up [on] me, but it was almost like he hung up on me.”

Trump has denied any quid pro quo, but Democrats say that is the singular narrative developing from the president’s July 25 call with Zelensky. In that call, Trump, asked for “a favor,” the spark for the impeachment inquiry.

Trump’s criticism of the impeachment process continues at peak level, as he rails against the process, calling it an illegitimate “witch-hunt,” as Republicans in Congress say it’s a sham.

Rep. Adam Schiff, (D-Calif.), chairman of the Intelligence Committee, said the House panels conducting the inquiry are releasing the word-by-word transcripts of earlier closed-door hearings so the American public can decide for themselves.

“This is about more than just one call,” Schiff wrote Tuesday in an op-ed in USA Today. “We now know that the call was just one piece of a larger operation to redirect our foreign policy to benefit Donald Trump’s personal and political interests, not the national interest.”

Other newly released transcripts includes those of Kurt Volker, the former special envoy to Ukraine. (Here’s the transcript of Volker’s testimony in the House impeachment inquiry, along with excerpts. The committee also released Volker text messages related to the probe, with highlights.)

The release of more transcripts comes as the Trump administration resumes its stonewalling of the inquiry. Two more White House officials, an energy adviser, and a budget official, declined to appear Tuesday before investigators, even after one received a subpoena.

Meanwhile, Investigators say they want to hear from chief of staff Mick Mulvaney because his news conference last month amounted to “nothing less than a televised confession” of Trump’s efforts to have Ukraine investigate Democrats and Biden as the White House was blocking military funding for the Eastern European ally.

Trump says he did nothing wrong, and Mulvaney later walked back his remarks.

The White House has instructed its officials not to comply with the impeachment inquiry being led by House Democrats. It is uncertain if Mulvaney will appear.

Volker and Sondland both testified they were disappointed after briefing Trump at the White House upon their return from Zelensky’s inauguration in May as a new leader of the young democracy vowing to fight corruption.

That pivotal May 23 meeting raised red flags when Trump told them to work with Rudy Giuliani, his personal attorney, on Ukraine issues.

Text messages from the two men, along with another diplomat, William Taylor, who also testified in the impeachment inquiry, revealed in striking detail the administration’s actions toward Ukraine.

—Here’s what states have done with election security funding
—Wall Street’s scorn for Elizabeth Warren boils over
—Trump’s national parks changes could, ironically, help Jeff Bezos
—Sherrod Brown has some advice for 2020 candidates hoping to win in Ohio
—Prisoners are fighting wildfires on the front lines, but getting little in return
Get up to speed on your morning commute with Fortune’s CEO Daily newsletter.