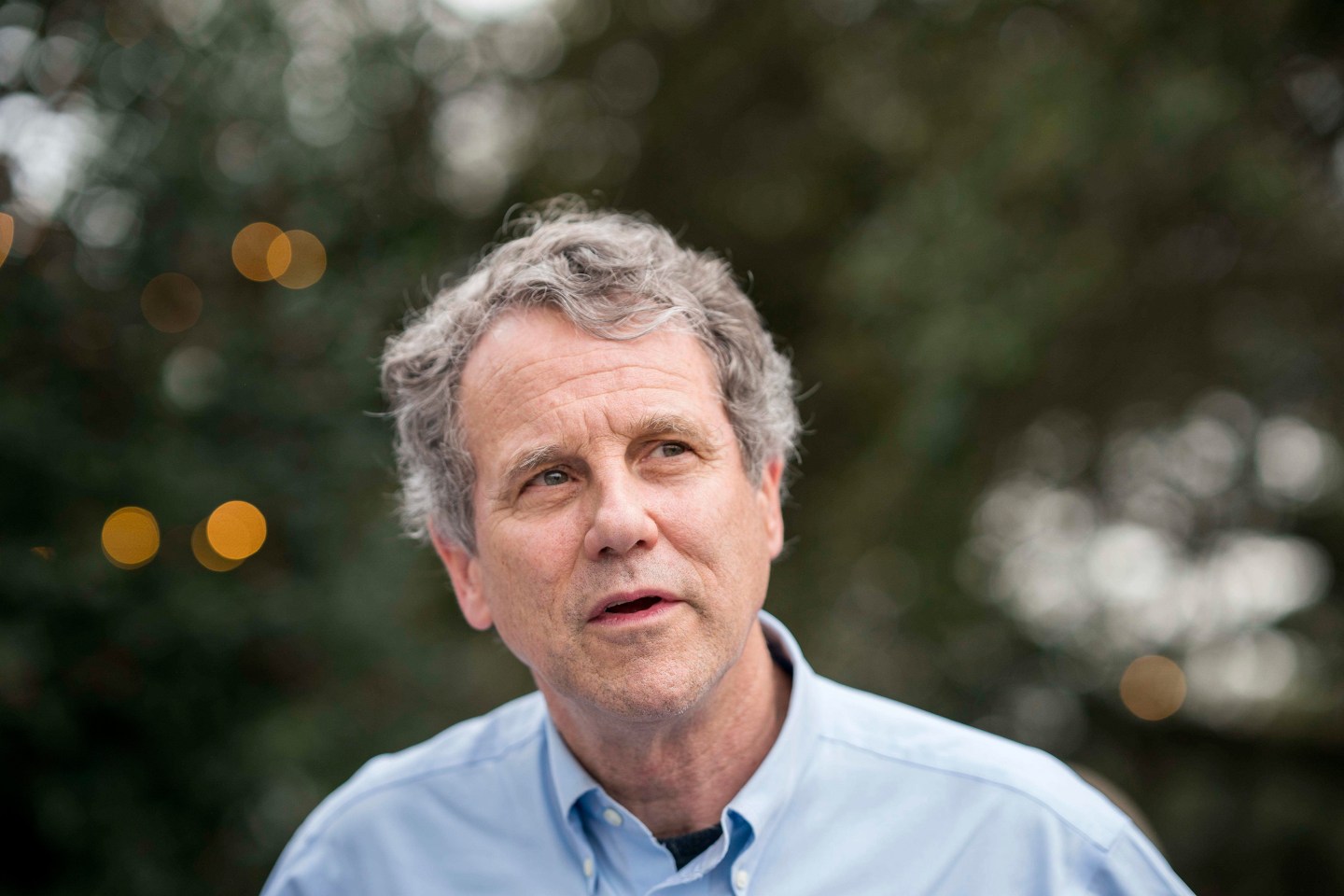 When it comes to political buzzwords, “progressive” is having a moment.

Political analysts stage the Democratic presidential primary as a standoff between the new, progressive idealists and stalwart centrists; in Congress, a freshman class of young progressives like Alexandria Ocasio-Cortez (D-N.Y.) and Ilhan Omar (D-Minn.) are pushing for large, all-encompassing policy shifts like the Green New Deal and Medicare for All; and President Donald Trump often points out those same progressives as “extremist left-wingers” out to destroy the country.

The word gets thrown around so frequently and facilely that it’s easy to lose sight of what it actually means.

That’s what U.S. Senator Sherrod Brown (D-Ohio), who briefly considered his own presidential run, is attempting to prevent in his new book, Desk 88, which recounts the lives and works of eight progressive senators, including Hugo Black, Robert F. Kennedy, and George McGovern, all of whom sat at his very own senate desk before him.

“I hope that this book can teach my colleagues that the government works best when we work together,” said Brown. “The best things that happened in the last 100 years were these progressive initiatives, but most wouldn’t have occurred without compromise and Republican support.”

The book, he said, is partially meant to serve as a guide for the next progressive era, which could begin in 2021 if a Democratic president is elected, and not just “Bernie Sanders or Elizabeth Warren.”

Brown, who has previously said that he doesn’t think former Vice President Joe Biden will be the candidate to make it to the general election, told Fortune that even a centrist candidate like Biden could usher in an era of expansive, progressive policy.

“In the next few years we could see big changes, to consumer protections, environmental policy, perhaps a voluntary Medicare buy-in and regulations around family and maternity leave,” he said.

But first, Democrats need to avoid the mistakes they made in the 2016 election by learning to appeal to Rust Belt Americans living in small-town and rural Midwestern states, explained Brown.

Republicans have spent years “using demagoguery” to trash big government and Democrats in the same breath, said Brown, but Midwesterners depend on progressive, big-government programs like Social Security, Medicare and labor protection laws. It’s up to Democrats to actually travel to these places and remind them that those were also “called socialist in their day,” and that “Republicans have always called any bold Democratic program socialist…Just because it works for them politically.”

In rural Ohio, he said “the majority of people disagree with me on gun laws and abortion and marriage equality but I go in there with a strong economic message and they listen,” said Brown, the only Democrat in 2018 to win a state-wide election in Ohio. He won by seven points, a huge feat considering that Hillary Clinton had lost the state in the presidential race by eight points just two years earlier.

That may be why Brown says he’s received a recent barrage of calls and requests asking him to reconsider a presidential run, even this late in the game.

“I’ve heard people say, ‘if you do this, you could win,’” he said. But the three-term senator claims he just doesn’t have the ambition to run for the highest office, and besides, “it’s a cottage industry among Democrats to say ‘our candidates aren’t good enough.’ I don’t worry about that, the candidates are great across the board.”

Still, he admits that it’s hard not to wonder “what if” from time to time.

As for the possibility of Trump leaving office ahead of 2021, Brown thinks it’s “too early to tell,” how the senate will react to an impeachment hearing. He’s certain that the House will eventually pass articles of impeachment against the president, but remains unclear on whether his colleagues in the Republican-majority senate will side with the president.

“My Republican colleagues are running and hiding because they don’t want to defend the president,” he said. “I know they’re concerned and sweating behind closed doors. I think there will be some number of them that break from the party.”

Still, Brown doesn’t put too much faith in the other side of the aisle breaking with the president.

“There’s been an abrupt change in the Republican party, where the positions they hold now are unrecognizable from five years ago. This is pure political opportunism,” he said.

—Voters over 65 remember Nixon—and want to impeach Donald Trump
—5 lessons history has taught us about impeachment
—Nancy Pelosi sets House vote on authorizing Trump impeachment inquiry
—How whistleblowers have taken down titans of American business
Follow Fortune on Flipboard to stay up-to-date on the latest news and analysis.