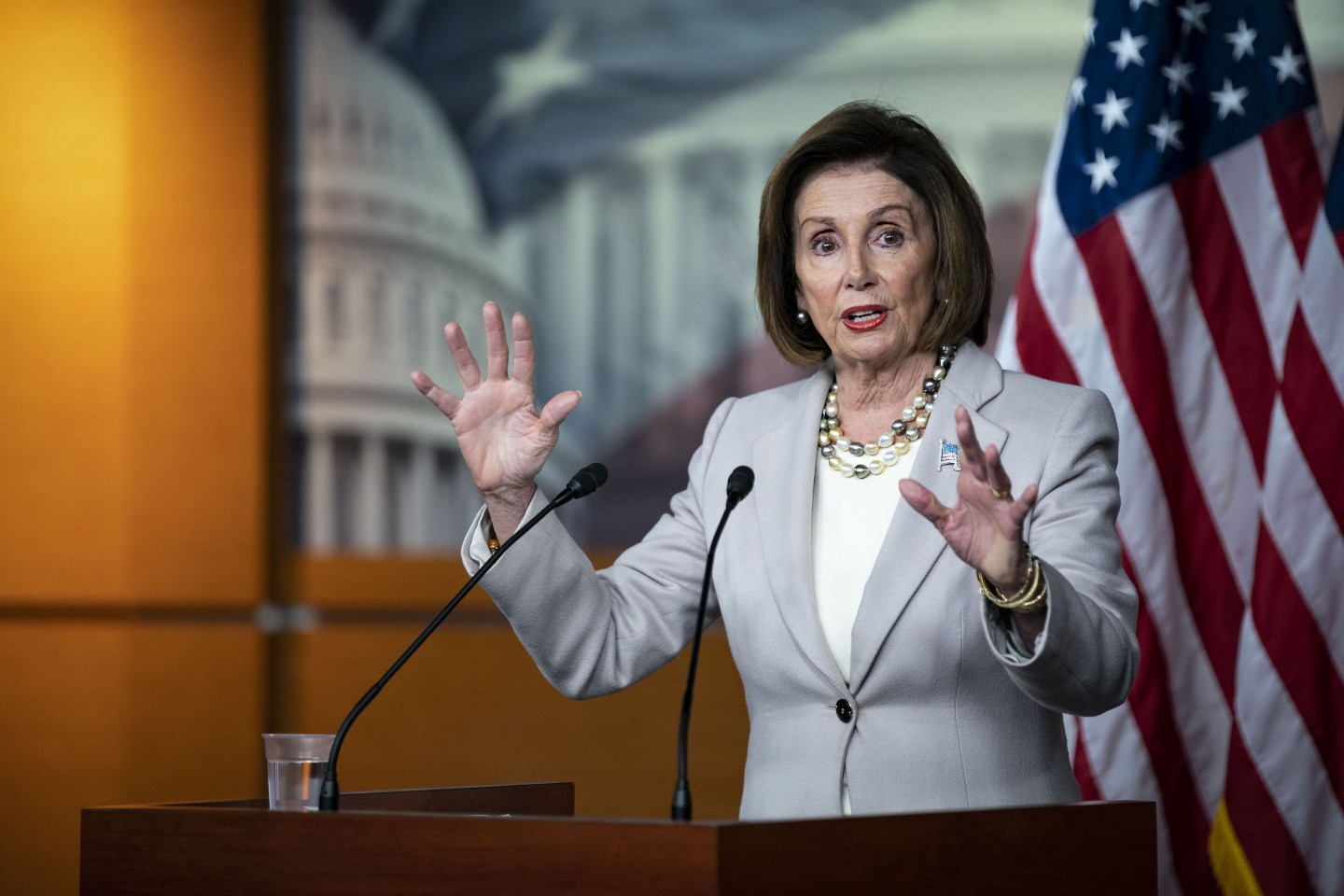 Speaker Nancy Pelosi (D-Calif.), announced the plan Monday in a letter to Democratic House members, saying the resolution “affirms the ongoing, existing investigation that is currently being conducted by our committees as part of this impeachment inquiry.”

A Democratic aide said the vote has been set for Thursday.

Trump and his GOP allies in Congress have been hammering Democrats over not holding a full House vote to open the impeachment inquiry, and the White House has used that to attempt to block witnesses and production of documents related to Trump’s dealings with the Ukraine.

Pelosi wrote to her Democratic colleagues that Trump’s lack of cooperation reflects an “unprecedented cover-up.”

Pelosi has repeatedly insisted having a full House vote approving an impeachment inquiry isn’t necessary, and in the letter to her Democratic colleagues said the administration argument “has no merit.”

But, she wrote, “We are taking this step to eliminate any doubt as to whether the Trump administration may withhold documents, prevent witness testimony, disregard duly authorized subpoenas, or continue obstructing the House of Representatives.”

Pelosi emphasized: “The Constitution provides that the House of Representatives ‘shall have the sole Power of Impeachment.’ Multiple past impeachments have gone forward without any authorizing resolutions. Just last week, a federal court confirmed that the House is not required to hold a vote and that imposing such a requirement would be ‘an impermissible intrusion on the House’s constitutional authority.’ ”

—Voters over 65 remember Nixon—and want to impeach Donald Trump
—Why selling the Washington Trump Hotel could be strategic for the president
—How 2020 battleground states can prevent voting machine hacking
—5 lessons history has taught us about impeachment
Follow Fortune on Flipboard to stay up-to-date on the latest news and analysis.