With ‘No Music for ICE,’ 1,000 Artists Boycott Amazon Over Its Ties to Government Surveillance 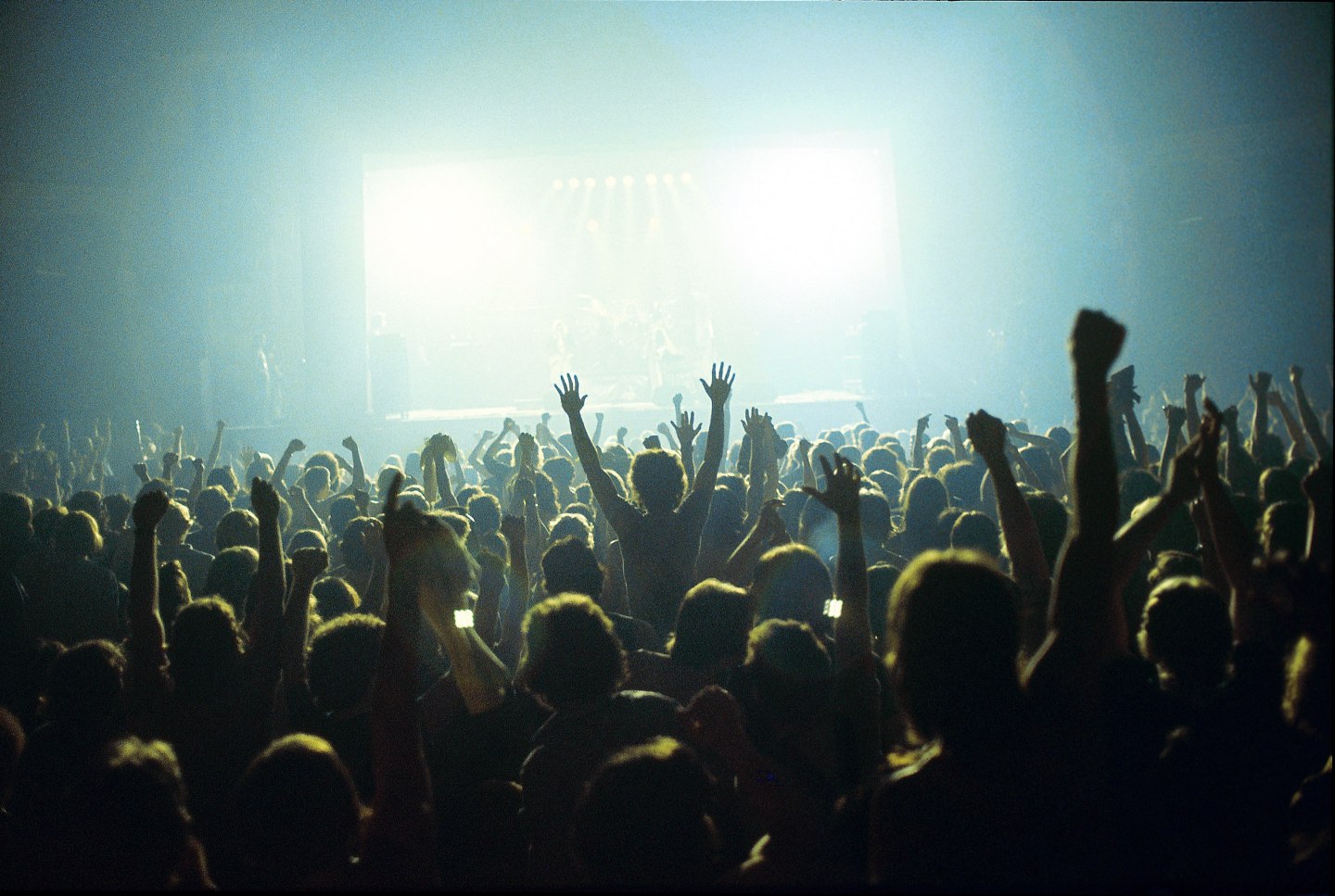 On Oct. 23, a group of musicians signed an open letter titled “No Music for ICE!” in which they pledged to not work with Amazon on future projects, including exclusive original content and performing at its music events, until the company stop providing its services to the military, law enforcement, and government agencies such as Immigration and Customs Enforcement, Customs and Border Protection, and the Office of Refugee Resettlement.

Citing those organizations’ “human rights abuses” and work as “the US government’s deportation machine,” the letter now has over 1,000 signatories, including Ted Leo, of Montreal, Speedy Ortiz’s Sadie Dupuis, who co-authored the letter, Fugazi’s Guy Picciotto, Hurray for the Riff Raff, and several independent record labels.

The letter is co-authored by Evan Greer, the deputy director of digital rights advocates Fight for the Future, which just led a successful campaign to get major music festivals to commit to not using facial recognition technology at their events. It’s inspired by Mijente, the organization behind the No Tech for ICE movement, which helped release a 2018 report showing how Amazon, Palantir, and Forensic Logic all have lucrative contracts with the agency, providing it with a case management system and data storage system.

“We’re happy to see musicians making the connections between the human rights abuses carried out by ICE and the for-profit companies supporting them,” Jacinta Gonzalez, senior campaign director of Mijente, said in a statement. “Amazon is not a passive player in this: the cloud storage they provide for ICE’s services is sophisticated — cutting-edge databases, algorithms, and servers that are tailor-made to fulfill ICE’s needs. Amazon is not a passive vendor in this, and it’s important that in times like these artists take a stand and refuse to take blood money.”

Greer and Dupuis set their sights on Amazon thanks to a dustup over the company’s own foray into the live music game with Intersect, a two-day festival taking place in Las Vegas this December with Foo Fighters, Kacey Musgraves, Beck, and Anderson .Paak headlining. The Black Madonna, a DJ on the bill, backed out when she learned that Amazon Web Services is presenting sponsor of the event, a fact that was not included in the contract she signed. She released a statement, saying it would be a “moral and ethical transgression” to be associated with Amazon, especially in light of her continued work supporting refugees.

“The festival was the impetus for us because it’s the first time that Amazon has successfully, in a wide-scale way, pushed themselves into the ticketing and live music arena,” Dupuis tells Fortune. “There are plenty of artists who’ve done Amazon originals and exclusives, but it’s relatively new so far.

“Our thought was, if there’s so much outrage about this festival, maybe we can get a bunch of musicians to agree not to do these kinds of exclusive partnerships. It’s similar to the point Evan made regarding the facial recognition software—it’s about preventing these monopolies from reaching new spaces where they can do nefarious things.”

“It’s just a moment for artists to draw a line in the sand. Lots of artists have spoken out about ICE abuses and now there’s one company that cares what artists think that is directly implicated in this. That was a bit of a revelation for artists to say, ‘We actually have some power here,’” says Greer. “People are angry and there’s a network of advocacy groups that are already engaged in campaigns that have a real strategy to guide that anger into something productive. It’s about artists connecting with those organizations to make sure we’re not just raising awareness or making noise, but that we’re actually channeling our energy in a strategic direction.”

Critics of the boycott have pointed out, mostly via tweets to Dupuis and Greer, that their music is still being streamed and sold on Amazon, which Greer says is partly due to a matter of figuring out the contractual obligations of removing songs from a single service.

“The concern about having our music hosted there and on other websites that use AWS is valid,” Dupuis says. “But when you look at a company that touches that many areas, it can feel so overwhelming for people: ‘Well, there’s no way we can make any difference there. I’m just going to take their money because what does it matter?’ It felt important to us to make the first step a clear demand that doesn’t feel insurmountable to people. Yeah, there are valid concerns but that’s not to say we won’t address them later.”

Dupuis and Greer also want to be clear that they’re not targeting any of the artists currently slated to play Intersect. After all, for bands of certain stature, it’s hard to turn down that kind of money, especially in this era of streaming services paying fractions of a cent per song listen.

One artist, Japanese Breakfast, talked about how conflicted she felt in a series of since-deleted tweets, saying, “The line to draw in the sand when it comes to branded content feels a bit unclear to me when operating in an industry that relies on a lot of branded content and working within the systemic confines of tech companies being in control of a majority of our royalties.” (Her publicist did not return a request for comment for this article, nor did representatives for Amazon and several other artists on the bill, including the aforementioned headliners.)

“The point of this open letter is not to attack individual artists. It’s just about showing that there are a lot of people who feel this way. Hopefully, it’s about educating some artists who haven’t yet been in the position to have to choose whether to take Amazon’s money. Hopefully it gets people to reconsider. There are limited revenue sources for musicians, so it can be tough to say no to a paycheck. No one’s begrudging artists who say yes but I think there’s a lot of comfort in knowing 1,000 other people don’t want that money either.”

“I think they have to figure out what makes sense for them, the same way, if I had tickets to a Trump rally, I would figure out what I would do inside there to make a point,” Greer says of the artists at Intersect. “But the focus is so much bigger than the festival. It’s about mobilizing artists to put real pressure on Amazon to cancel these contracts and that’s where we want to keep the focus. And I hope that whoever does end up performing speaks out in some way to contribute to that.”

The next steps for No Music for ICE are still unclear, as it’s only been live for a week, but they’re brainstorming ways to ramp up the campaign while there’s momentum, just as Greer did with Ban Facial Recognition. One key, according to Dupuis, is connecting the various groups angered by Amazon’s practices into a larger movement.

“I don’t think it’s going to be only No Music for ICE,” she says. “It’s going to be Cartoonists Against Amazon, plus No Tech for ICE, plus Tech Won’t Build It, plus the Whole Foods employees who have signed numerous petitions asking Amazon to drop Palantir, and Amazon employees who’ve done the same thing. I’ve been talking to people about getting something similar set up for comedians and poets. Amazon is a monopoly. They touch every creative technological field. The more people whose work is impacted by Amazon enter the conversation, the more [the company] is forced to pay attention, and hopefully this gets enough traction that more people are inspired to organize similarly.”

—Apple TV+ hits Friday. Its series largely miss the mark
—Thanos creator Jim Starlin reflects on the MCU and the comic book industry
—Game of Thrones creators’ busy schedule means no “10-year drunken party” with Star Wars
—The most popular famous faces this Halloween are…
—An inside look at the Kurt Cobain business
Follow Fortune on Flipboard to stay up-to-date on the latest news and analysis.