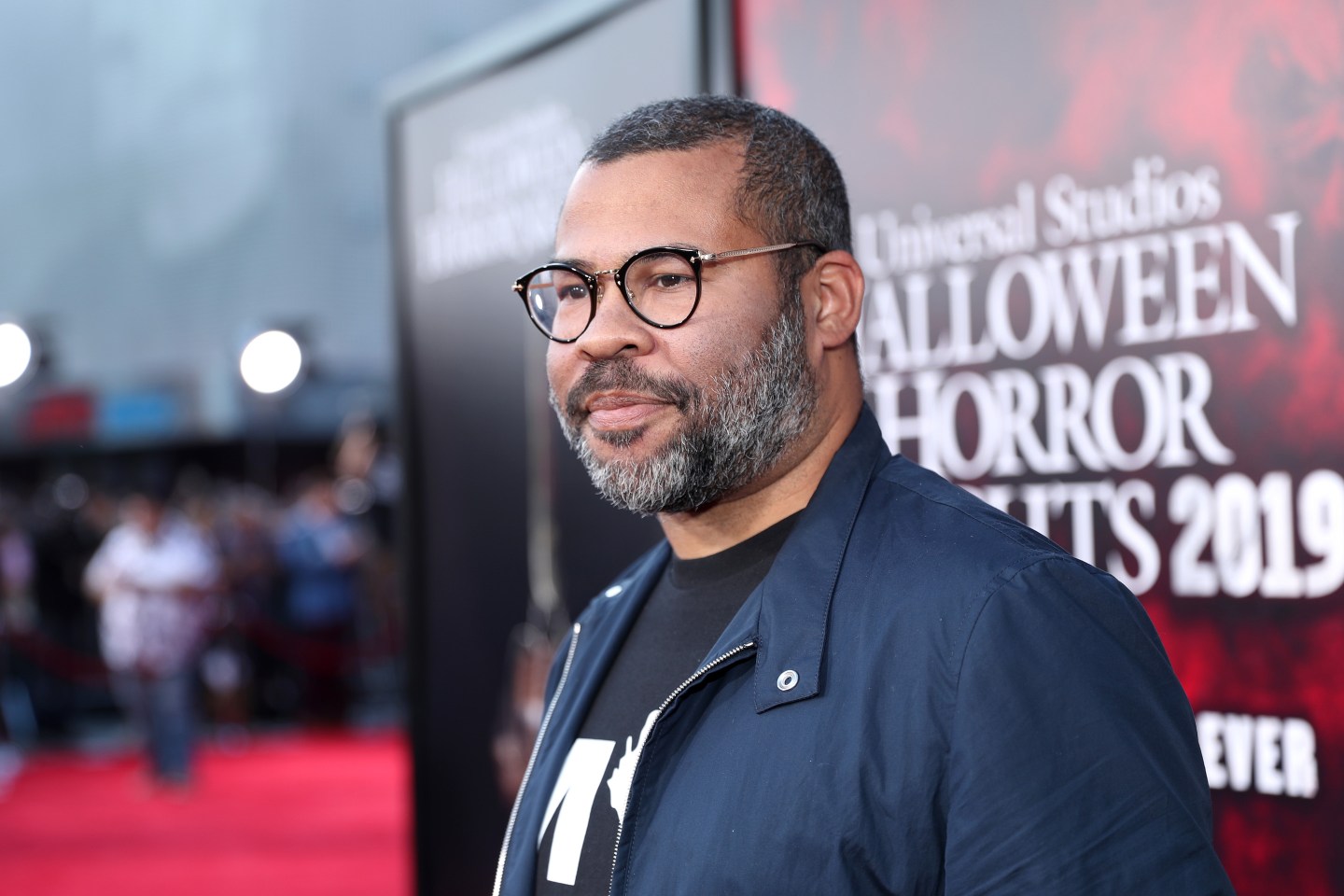 Jordan Peele’s doubling down at Universal Pictures, where the Get Out and Us director has taken the horror world by storm across his past two films.

As part of a five-year exclusive deal said to be worth nine figures, Peele and his Monkeypaw Productions will team with Universal to develop his next two projects, both of which Peele is expected to write, direct, and produce.

Under the terms of the pact—which follows the two-year overall deal Universal signed Peele to in May of 2017, after Get Out became a runaway box-office and critical success—Peele and Monkeypaw head Win Rosenfeld will also produce titles from up-and-coming filmmakers in multiple genres.

“Jordan has established himself as a premier voice and original storyteller with global appeal,” said Universal chairman Donna Langley, announcing the news Tuesday. “He is leading a new generation of filmmakers that have found a way to tap into the cultural zeitgeist with groundbreaking content that resonates with audiences of all backgrounds.”

Added Langley: “We also share an important goal with Monkeypaw when it comes to increasing representation onscreen in the characters that are portrayed, the stories that are told and the people who tell them.”

Blending trenchant social critique with real scares and satirical humor, Get Out announced Peele’s entrance as a horror filmmaker with vision. It earned him his first Oscar (for best original screenplay), as well as nods for best director and best picture. A particularly stunning commercial success, it grossed $255 million against a $4.5 million budget, becoming one of its year’s most profitable films.

Suddenly one of Hollywood’s hottest talents, the filmmaker—formerly known as one half of a sketch comedy duo with Keegan-Michael Key—promptly signed on to produce Spike Lee’s charged true-crime caper BlackKklansman, which went on to earn six Oscars including a best picture nod. And his sophomore act as a director, horror-thriller Us, proved successful with both critics and audiences when it bowed earlier this year. Together, Peele’s directorial efforts have made Universal half a billion.

“It would not have been possible to make Get Out and Us without the endless trust and support we received from Donna Langley and the team at Universal,” said Peele in a statement. “Their willingness to take risks and their commitment to original content makes them the perfect collaborative partner for Monkeypaw. I couldn’t be more excited for what lies ahead.”

Though Peele’s next directorial venture are shrouded in mystery, his upcoming projects with Monkeypaw suggest he’s far from finished with the horror genre.

Next up is a feature remake of Candyman, the 1992 horror slasher set in a grim Chicago housing project that delved so boldly into issues of race and class as to be considered transgressive in its time. Nia DaCosta, whose indie debut Little Woods drew substantial praise after premiering last year at Tribeca, is directing from a script written by Peele and Rosenfeld. Sorry to Bother You lead Lakeith Stanfield (who had a small role in Get Out) will star, with word that the remake will return to a now-gentrified Chicago and rumors swirling that Tony Todd may reprise his role as the titular boogeyman. It’s set for release June 12 next year.

On the TV side, where it’s signed to a deal with Amazon Studios, Monkeypaw’s busily plotting a second season of its successful Twilight Zone revival on CBS All Access and helping to shepherd Lovecraft Country to HBO. The latter project, an ambitious horror fantasy set in the Jim Crow era, started filming now over a year ago and is currently rolling cameras in Atlanta; a premiere date sometime next year seems likely.

One seemingly obvious space Universal can now guide Peele toward is its formidable stable of classic movie monsters. The studio has been partnering with Blumhouse Productions, which made Get Out, and carefully recalibrating its plan to bring iconic figures like Dracula and the Wolfman back to the big screen after the high-profile failure of its “Dark Universe” brand.

That franchise’s supposed launchpad The Mummy—directed by Alex Kurtzman but largely seen as a Tom Cruise project due to his reportedly massive involvement as both producer and star—was buried by critics in 2017 and, even worse, earned a meager $409 million against a ballooned budget of $345 million (when combining production and advertising). The title led to a nearly three-figure write-down for Universal.

Going back to the drawing board for a more filmmaker-driven, vision-centric approach, the studio’s said to be focusing on making sure it doesn’t repeat The Mummy’s mistake of eschewing horror components in favor of a more action-oriented tone and excessive franchise-building.

Universal and Blumhouse have already set Upgrade filmmaker Leigh Whannell (who co-created the Saw franchise with James Wan) to script and helm The Invisible Man, which recently wrapped production and will hit screens next year. Paul Feig, who ventured out of comedy with splashy-stylish thriller A Simple Favor last year, is also developing a standalone film titled Dark Army, which will involve classic and newly created monsters; he’ll direct his own script.

Peele, now the most prominent horror director to be set up exclusively at Universal, will have his pick of projects, should his work producing Candyman leave him interested in dusting off another classic property.

Though he hasn’t spoken publicly about wanting to pursue a specific Universal Monsters title, Peele did touch on the property—and expressed interest in forging new frights—during an interview with /Film timed to Us premiering this past March.

“I love the idea of creating a new monster,” Peele told the outlet. “In many ways, I think of Get Out as my Frankenstein and this as my Dr. Jekyll and Mr. Hyde. I think to create a monster, you need to have just as much sort of darkness or sickness going around in your head as you do empathy, and I think one thing that’s interesting certainly about the Universal Monsters – if you were to consider this as being in the pantheon of that – is there is this sort of grey area between villain and protagonist.”

Continued Peele: “The audience is invited to relate to, or to be attracted to, this outcast of some sort. So yeah, I think being able to look with compassion at a monster as a writer is one of those things that allows you to hit a note that the audience isn’t expecting.”

—How Comedy Central grew up to hold its own against Netflix
—Netflix bets its future on Stranger Things creators with new deal
—Musicians and fans unite to keep facial recognition tech out of concerts
—Recap: Succession season two, episode eight
—Building Judy Garland: How Renée Zellweger was transformed into the legend
Follow Fortune on Flipboard to stay up-to-date on the latest news and analysis.