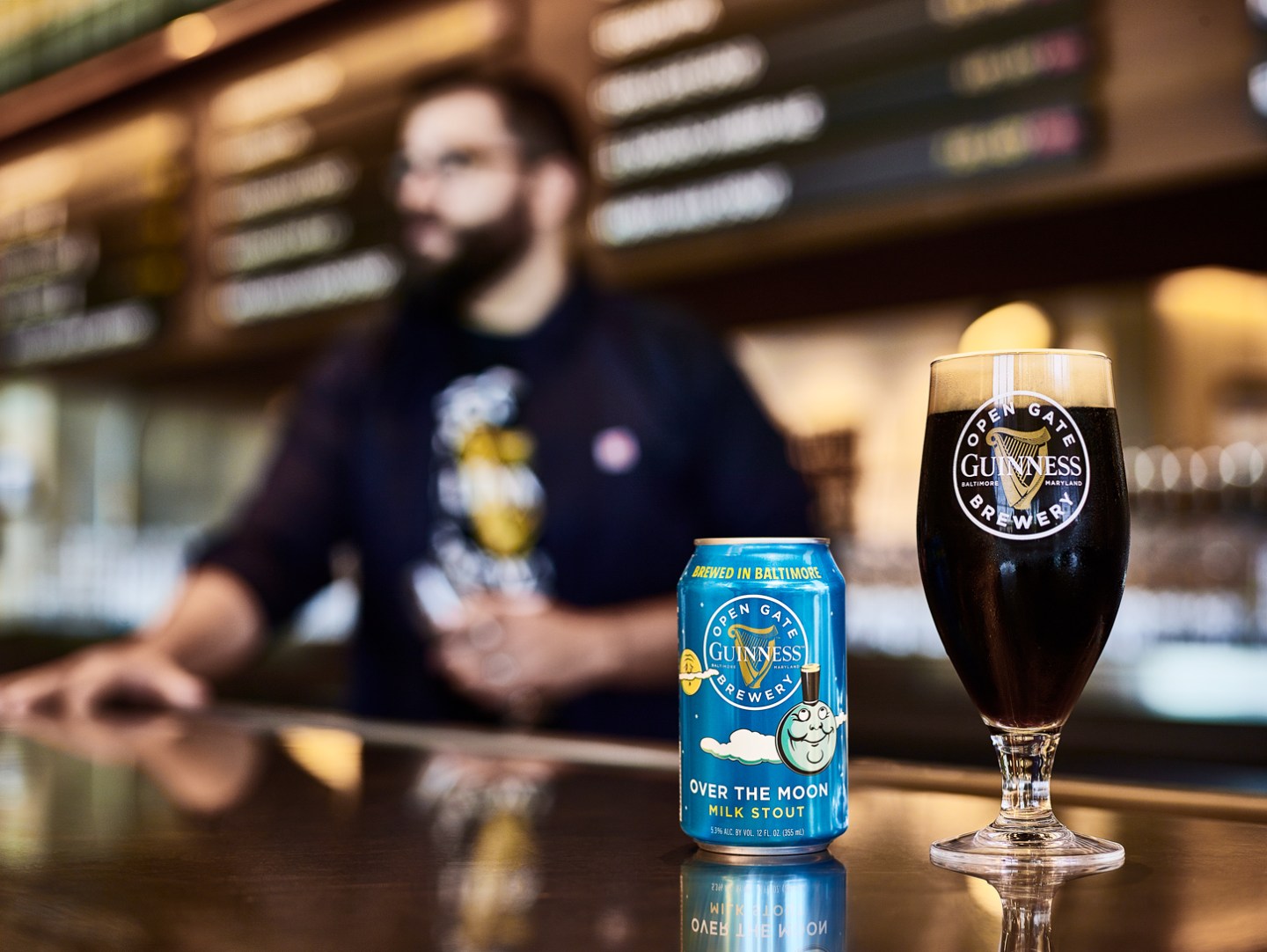 Over the Moon Milk Stout
Guinness

Guinness’s U.S. brewery is finally bringing its first new beer to the masses this fall.

The brand’s Open Gate Brewery in Maryland is beginning to ship a new beer called Over The Moon Milk Stout in several states, including Virginia, New Jersey, and Delaware, ahead of a planned national push that will be completed by the end of November. The 5.3% ABV milk stout is the brewery’s first nationally sold beer since opening to the public a little over a year ago.

“This is the perfect beer to appeal to a traditional stout drinker because it’s still an approachable style,” says Hollie Stephenson, head brewer at Guinness Open Gate Brewery. “But [it’s] also a good one to recruit new drinkers who think that dark beer is just too heavy.”

Over the Moon was the third recipe the Guinness team brewed on the pilot system at Open Gate, and since debuting on the brewery’s taps, it has been a consistent top seller. “It was a no-brainer that it had a good shot of becoming our first Baltimore-born production,” says Stephenson, who joined Guinness two years ago to get the U.S. brewery up and running.

Over the Moon Milk Stout is the first beer to be sold nationally from Guinness’s U.S. brewery.
Guinness

The milk stout is made with specialty malts that result in caramel, chocolate, and coffee flavors to round out the beer. Mosaic whirlpool hops give Over the Moon some ripe fruit sweetness, but Stephenson promises the beer is not cloyingly sweet.

With the launch of its Maryland brewery, Guinness aims to create a new range of beers targeted to the American drinker. It’s a move that mirrors a local brewing strategy Guinness has employed since 1936 when it opened its first non-Irish brewery. Foreign breweries for years have made beers specifically tailored to local drinkers, but stateside, Guinness was without a brewery for 63 years until founding Open Gate.

Within its first year, Open Gate welcomed over 400,000 visitors, and Guinness has added tanks to help it meet capacity needs. Open Gate brews at least three times a week from the taproom and serves a rotating collection of beers made on-site for visitors. Stephenson and her team are using the taproom and pilot brewery as an incubation hub for future beers that could go national like Over the Moon.

Guinness Open Gate Brewery and Barrel House, the first Guinness brewery in the U.S. in more than 60 years, held a ribbon cutting on Aug. 2, 2018, in Halethorpe, Md.
Edwin Remsberg—AP Images for Guinness

Guinness still makes its core stout in Dublin, but it also brought production of Guinness Blonde to Maryland after previously contract brewing that beer in Pennsylvania.

Guinness Blonde has been on the market for about five years and has gone through some changes since the brand brought production in house. Stephenson says the beer is a little more crisp, has more citrus notes, and is less grassy, all possible now that Guinness has full control over the process and quality.

Guinness is owned by liquor giant Diageo, which is known for selling Don Julio tequila, Ketel One and Smirnoff vodkas, and Johnnie Walker Scotch, though beer is actually the company’s second-largest category after Scotch.

By far the largest brand in that portfolio is Guinness, which has been a steady sales driver. While sales grew just 2% in the latest fiscal year, that’s actually a strong performance considering total beer sales have been falling globally and most big brands are suffering from sales woes.

While Guinness currently brews in 49 countries, Stephenson says the brand lets many of those breweries produce beer unique to the country it’s made in. That way, some beers branded under the Guinness name aren’t actually imports. Her goal: to a create a new culture and a new twist on Guinness so that the beer isn’t only viewed as a well-regarded import. And as more consumers have expressed interest in drinking alcohol made locally, Guinness now has a story to share that’s more in line with that trend.

“It is a responsibility to maintain authenticity and respect the brand,” Stephenson says. “But to have been given license to do something new and different—that’s so exciting.”