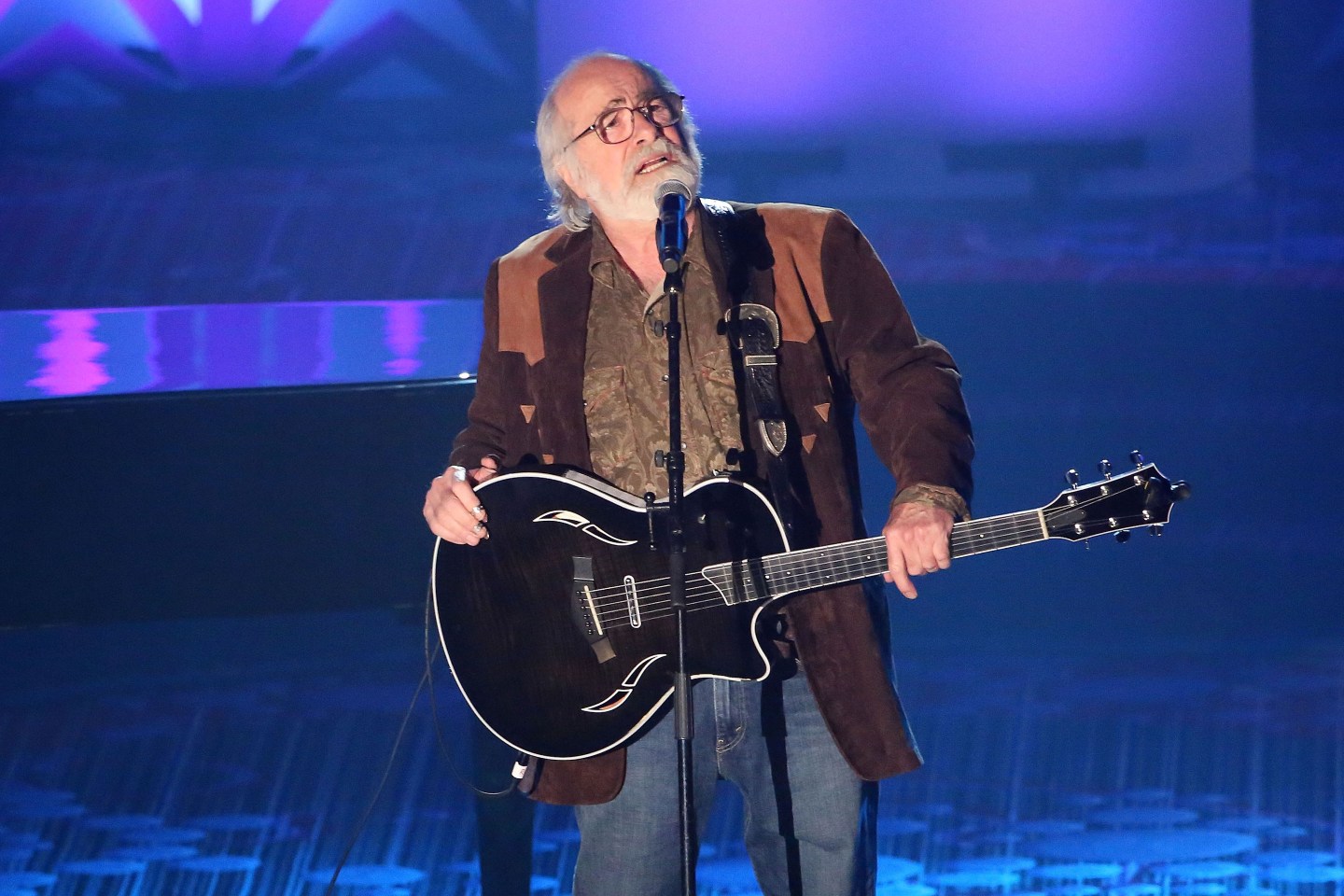 Robert Hunter, the man behind the poetic and mystical words for many of the Grateful Dead’s finest songs, has died at age 78.

Hunter died Monday at his Northern California home with his wife, Maureen, at his side, former Grateful Dead publicist Dennis McNally told The Associated Press on Tuesday. The family did not release a cause of death.

“We loved Bob Hunter and will miss him unimaginably,” Grateful Dead drummer Mickey Hart said, adding the lyricist was “a visionary wordsmith extraordinaire.”

Although proficient on a number of instruments including guitar, violin, cello and trumpet, Hunter never appeared on stage with the Grateful Dead during the group’s 30-year run that ended with the 1995 death of lead guitarist Jerry Garcia, his principal songwriting partner.

When he did attend the group’s concerts, he was content to either stand to the side of the stage or, better yet, sit anonymously in the audience. It was in the latter location, he told The Associated Press in 2006, that he received his greatest songwriting compliment, from a man who had no idea who he was.

“He turned to me during ‘Cumberland Blues’ and said, ‘I wonder what the guy who wrote that song a hundred years ago would think if he knew the Grateful Dead was doing it,'” he recalled, referencing the colorful tale of hardscrabble American miners.

Other of Hunter’s most memorable Grateful Dead songs include “It Must Have Been the Roses,” ”Terrapin Station,” ”The Days Between,” ”Brown Eyed Women,” ”Jack Straw, “Friend of the Devil,” ”Box of Rain,” ”Uncle John’s Band” and “Black Muddy River.”

Although the man who spoke to him during “Cumberland Blues” couldn’t know it, he had perfectly captured Hunter’s songwriting brilliance contained in all of those songs: the ability to craft lyrics that sounded so timeless that listeners were certain they had heard them before. It was a skill he matched seamlessly with a boundless knowledge of subjects running the gamut from classic literature to street life, which in turn allowed him to write authoritatively about everyone from card sharks and hustlers to poor dirt farmers and free-spirited lovers.

All of those stories he seasoned with a poetic skill some would say rivaled even that of Bob Dylan, with whom he sometimes collaborated.

“He’s got a way with words and I do too,” Dylan told Rolling Stone magazine in 2009. “We both write a different type of song than what passes today for songwriting.”

“There was nobody like Bob Hunter and there never will be,” Hart said Tuesday. “He explained the unexplainable and the words struck deep.”

“Truckin’,” arguably Hunter and the group’s best known song (and the one containing the memorable line, “What a long, strange trip it’s been”) was designated a national treasure in 1997 by the Library of Congress.

In more than a dozen verses it chronicled the travails of a touring band, among them the Grateful Dead’s 1970 drug bust after a show in New Orleans: “Busted, down on Bourbon Street. Set up, like a bowlin’ pin. Knocked down. It gets to wearin’ thin.”

Another song, “Ripple,” which was set to a maddening beautiful melody that Garcia composed on guitar, contains the lines Hunter once said he was most proud of: “Reach out your hand, if your cup be empty. If your cup is full, may it be again. Let it be known there is a fountain. That was not made by the hands of men.”

Once asked by The Associated Press who his influences were, he laughed and replied that, “just to throw people off,” he would often cite both the great 19th century theatrical songwriting team of Gilbert and Sullivan and the American folk music balladeer Woody Guthrie.

After a moment’s reflection, he added more seriously, “Actually, that’s pretty close to the truth.”

Born Robert Burns on June 23, 1941, Hunter was 7 when his father abandoned him and his mother, resulting in his spending several years in foster homes. It was an experience he said scarred him emotionally and left him feeling forever the outsider.

When he was 11, his mother married McGraw-Hill publishing executive Norman Hunter, who gave the boy a new last name and an appreciation for such peerless writers as William Saroyan and T.S. Elliot.

Hunter toyed with becoming a novelist himself but music called and by his senior year of high school he was playing trumpet in a fusion Dixieland-rock band. He attended the University of Connecticut for one year where he studied drama, became a Pete Seeger fan and turned his interest to folk music.

He met Garcia in 1960 at a production of the musical “Damn Yankees,” introduced by a former girlfriend who by then was Garcia’s first wife. The pair quickly formed a folk music duo called Bob and Jerry.

Both homeless for a time, they lived out of their cars, parking them side-by-side in a Palo Alto, California, vacant lot. They survived those days, both would say later, by eating tins of pineapple Hunter had pilfered from a military installation during his brief time in the National Guard.

Hunter had moved to New Mexico by the time Garcia, Bob Weir, Bill Kreutzmann, Phil Lesh and Ron “Pigpen” McKernan had formed the Grateful Dead. Hart would join soon after.

When Garcia asked him to send some lyrics along that could be set to music Hunter quickly responded with future Grateful Dead classics “China Cat Sunflower” and “St. Stephen.” Garcia then asked him to return to the San Francisco Bay Area and write for the band.

Eventually Hunter would write for all of the group’s members, and when the Grateful Dead was inducted into the Rock and Roll Hall of Fame in 1994 he was included as the lyricist.

He and Garcia were inducted into the Songwriters Hall of Fame in 2015.

Over the years Hunter also released nearly a dozen albums of his own, published several volumes of poetry and co-wrote songs with Dylan. He also published two books translating the works of German poet Rainer Maria Rilke.

Hunter’s survivors include his wife and daughter Kate.