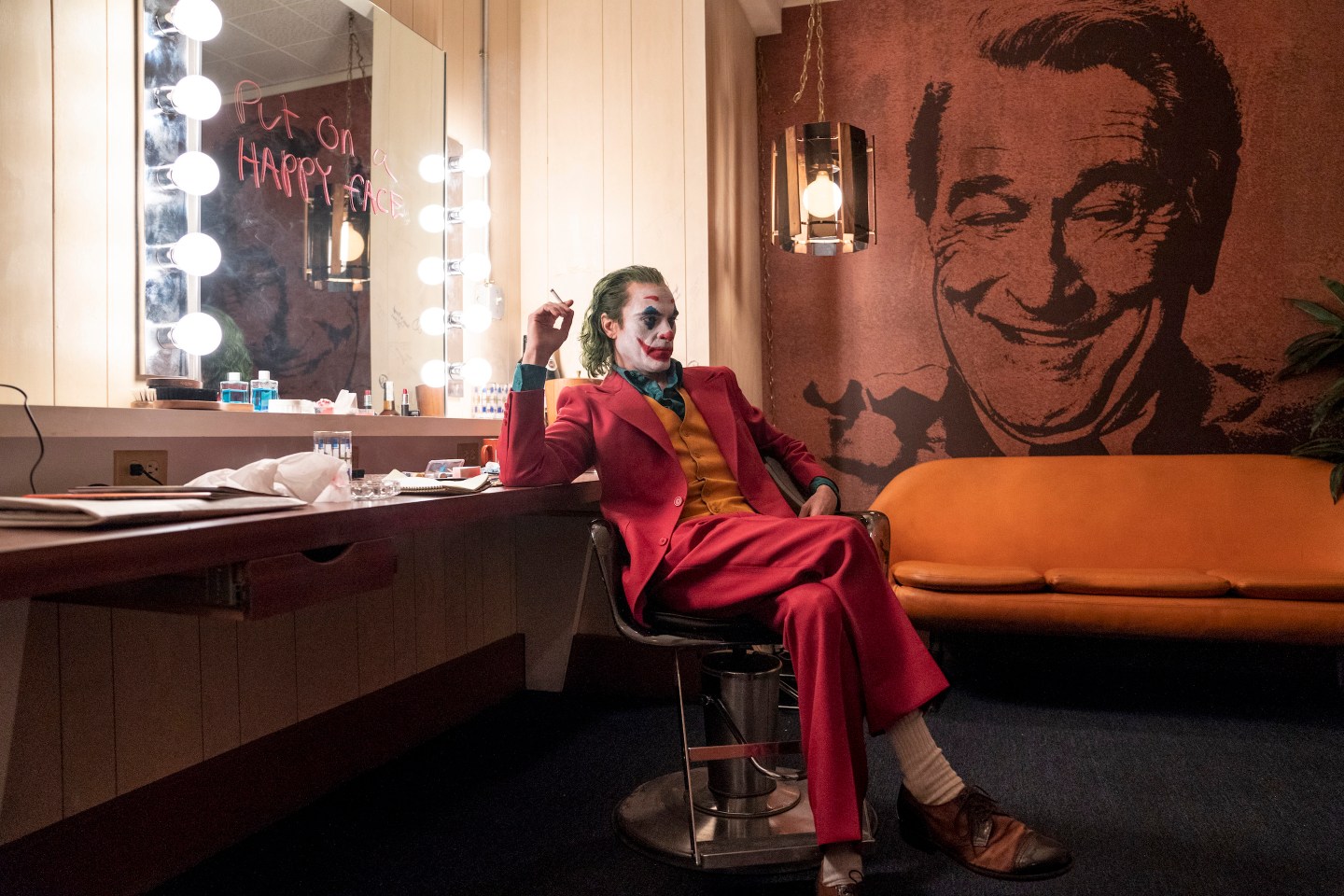 Relatives of those killed during the July 2012 mass shooting inside an Aurora, Colo. movie theater as The Dark Night Rises played have penned a letter to Warner Bros. concerning the new Joker movie set to release in October.

The letter, which was sent Tuesday morning and shared with The Hollywood Reporter, voices concerns over the violence in director Todd Phillips’ new film, which stars Joaquin Phoenix as the the titular character. While the letter does not call for Warner Bros. to block the film’s release or for viewers to boycott it, it asks the studio to donate to charities that aid victims of gun violence.

“We are calling on you to be a part of the growing chorus of corporate leaders who understand that they have a social responsibility to keep us all safe,” the letter reads, according to The Hollywood Reporter. It requests that Warner Bros. “end political contributions to candidates who take money from the NRA and vote against gun reform” and “use your political clout and leverage in Congress to actively lobby for gun reform. Keeping everyone safe should be a top corporate priority for Warner Brothers.”

On July 20, 2012, shooter James Holmes killed 12 people and injured 70 more during a screening of Christopher Nolan’s Batman film. Sandy Phillips, the mother of slain victim Jessica Ghawi, told The Hollywood Reporter that she doesn’t “need to see a picture of [Holmes]; I just need to see a Joker promo and I see a picture of the killer,” adding that the movie is “like a slap in the face.”

In a statement reported by Variety, a Warner Bros. spokesperson said: “Make no mistake: neither the fictional character Joker, nor the film, is an endorsement of real-world violence of any kind. It is not the intention of the film, the filmmakers or the studio to hold this character up as a hero.”

Century Aurora and XD, the remodeled theater where the shooting took place, did not respond to a request for comment, though the venue will not be screening Joker, according to the The Hollywood Reporter.

Phillips in an interview with IGN on Monday said the “the movie makes statements about a lack of love, childhood trauma, lack of compassion in the world. I think people can handle that message.” He added: “It’s so, to me, bizarre when people say, ‘Oh, well I could handle it. But imagine if you can’t.’ It’s making judgments for other people and I don’t even want to bring up the movies in the past that they’ve said this about because it’s shocking and embarrassing when you go, oh my God, Do the Right Thing, they said that about [that movie, too].”

Joker was critically acclaimed at its premiere at the Venice Film Festival earlier this year. It won the competition’s top prize, prompting early Oscar talk for the movie. It’s set to release nationwide on Oct. 4.

—As RuPaul’s Drag Race expands to the U.K., DragCon shines light on its mainstream success
—Apple TV+ ads ruled the Emmys—here’s what that means for the service’s strategy
—Why this year’s Emmys felt different
—Recap: Succession season two episode seven
—Meet the women leading Netflix into the streaming wars
Follow Fortune on Flipboard to stay up-to-date on the latest news and analysis.