Why This Year’s Emmys Felt Different 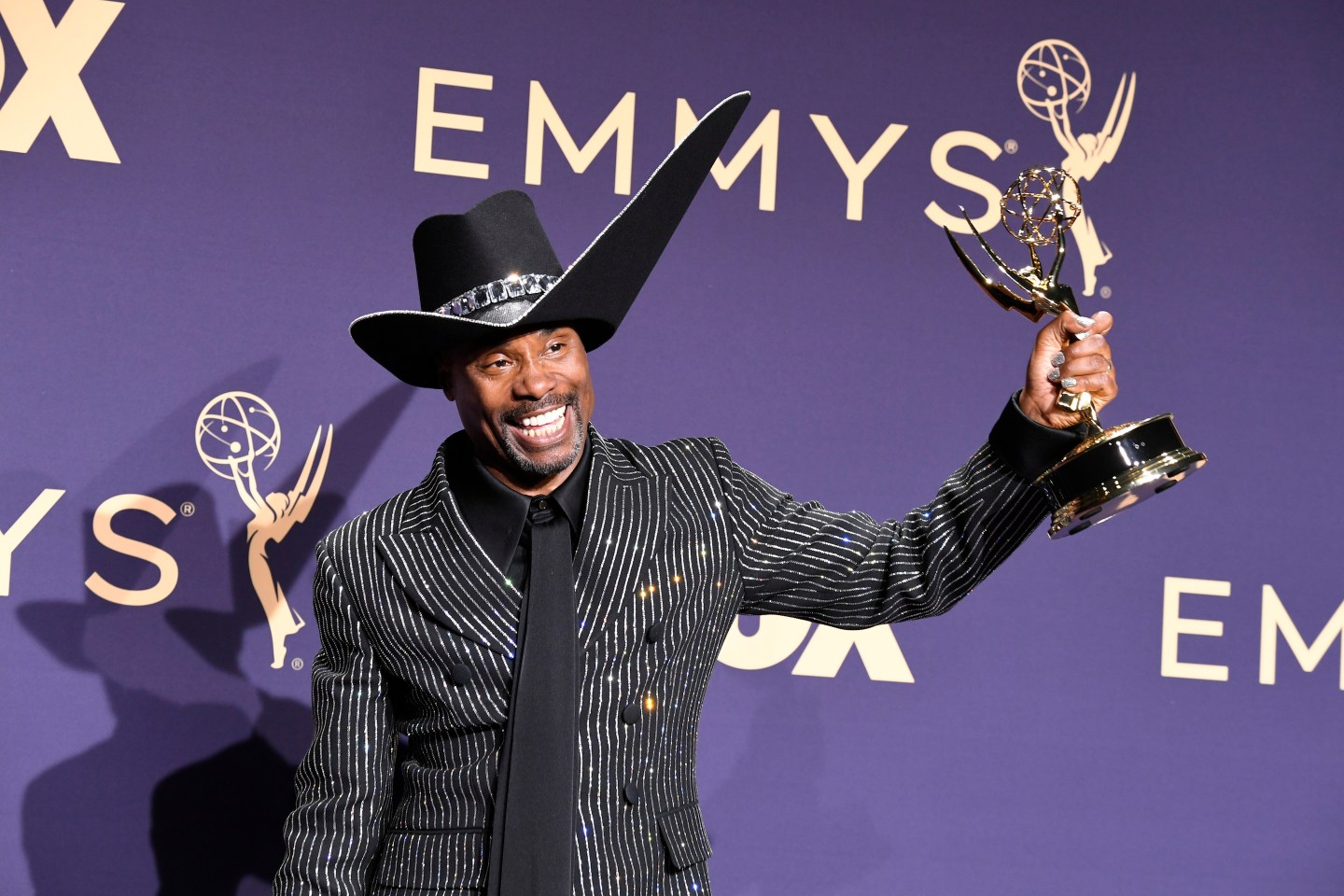 As Fox executives scurry to spin dismal early audience data for this year’s Emmys broadcast— early reports say ratings for the host-less show dipped 23% to an all-time low—a lot of Sunday night’s results were worth closer examination and in some cases, celebration.

Amazon Studios defied even its own expectations with a cache of big wins, including Phoebe Waller-Bridge’s three-peat victory as lead female actor, creator, and writer of the now departed (or is it?) pitch-black comedy Fleabag. HBO came out on top again as the night’s top winner, with 34 statues and a major swan-song victory for the final season of Game of Thrones, while Netflix enjoyed a few surprises of its own, including a drama-series directing nod for Ozark’s Jason Bateman.

Here are few other takeaways from the evening that made this year’s Emmys worth celebrating—even if viewers chose to tune out.

From Stranger Things’s Millie Bobby Brown to My So-Called Life’s Claire Danes to Malcolm in the Middle’s Frankie Muniz, only a handful of performers under 30 have been nominated for Primetime Emmys, let alone taken home trophies.

That’s why few moments from last night could top actor Jharrel Jerome’s surprise win for Outstanding Lead Actor in a Limited Series or Movie for Netflix’s harrowing Central Park Five drama, When They See Us, in which he portrays the now exonerated Korey Wise.

“It’s a blessing,” Jerome, 21, said backstage to reporters while reflecting on his win. Upon learning that he is the youngest to ever win in that category—and the youngest acting winner since 14-year-old Roxana Zal won in 1984 for the TV movie Something About Amelia he joked: “Well damn, that’s incredible… kids are smart too.”

Jerome, who first broke out in Barry Jenkins’s Oscar-winning film Moonlight, was one of a few performers under 30 to be feted at the show. Jodie Comer of BBC America’s Killing Eve, 26, bested Viola Davis, Robin Wright, and even her own co-star, Sandra Oh, in her category. Similarly impactful was supporting actress in a drama series winner Julia Garner, 25, for her work in Netflix’s Ozark, who edged out four—yes, four—Game of Thrones actresses.

Broadcast contenders were all but shut out

With the exception of NBC’s Saturday Night Live, which won for outstanding variety sketch series, talent and series on traditional broadcast networks NBC, CBS, ABC, and Fox were mostly absent from the winners’ pool. And only a few broadcast performers, The Good Place’s Ted Danson and black-ish’s Anthony Anderson for two, were acknowledged at all as nominees.

While this inevitable trend has been building over the last decade, various beloved performers have tended to creep into the comedy-winners pool—Mom’s Allison Janney, The Big Bang Theory’s Jim Parsons for two—and also made a fairly consistent showing in taking home gold in the guest-star races thanks to A-listers like Justin Timberlake and Melissa McCarthy who’ve popped in to host Saturday Night Live.

But this year every single guest-star actor trophy was awarded to streaming talent: Bradley Whitford and Cherry Jones for Hulu’s The Handmaid’s Tale (which wasn’t eligible for drama series due to the odd timing of its third season), and Jane Lynch and Luke Kirby for their work in Amazon’s The Marvelous Mrs. Maisel.

LGBTQ representation made even more strides

It’s hard to recall a time when Netflix’s Queer Eye and LogoTV’s RuPaul’s Drag Race weren’t killing it in the reality non-fiction categories: Each show earned trophies again, as did RuPaul for reality competition host.

But it’s worth a reminder that, since the Emmy for Outstanding Competition Program was created in 2003, CBS’s The Amazing Race (a very different kind of race) won the prize 10 times, with NBC’s singing competition The Voice logging wins during that time.

To see voters who favored such traditional broadcast TV fare for so long celebrate Drag Race and Queer Eye reflects both the changing makeup of the TV Academy (read: younger and gayer) and a desire to showcase LGBTQ personalities in more dimensional, meaningful ways. Two actors also exemplified this trend last night: The openly gay British actor Ben Wishaw took home a trophy for Amazon’s limited series A Very English Scandal and lead drama actor winner Billy Porter of FX’s Pose made history as the first out black man to win in that category. “We as artists are the people that get to change the molecular structure of the hearts and minds of the people who live on this planet,” said Porter after his historic victory. “Please don’t ever stop doing that. Please don’t ever stop telling the truth.”