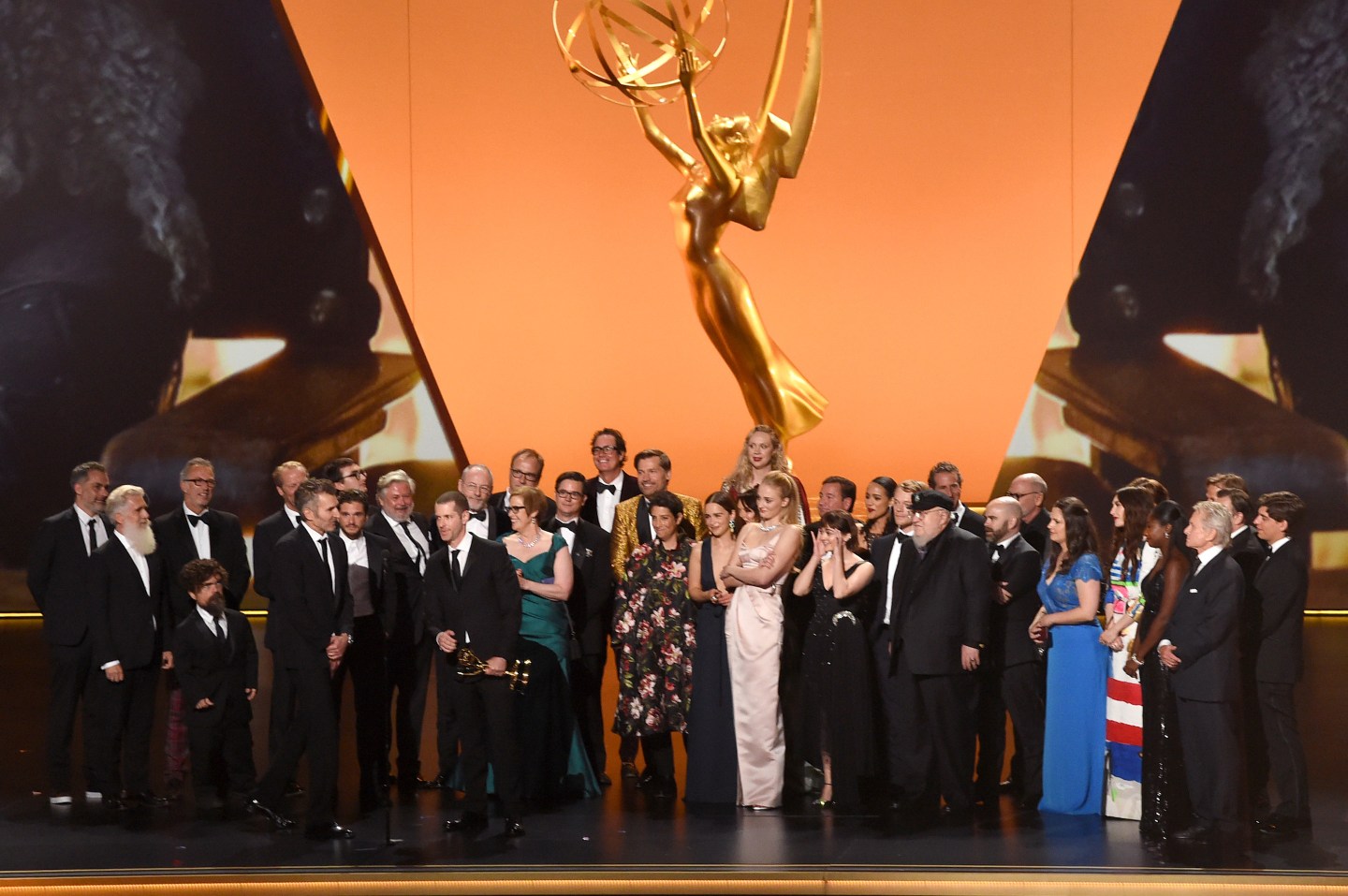 A host wasn’t the only thing missing in action at this year’s Emmys ceremony: the Sunday night awards also went without nearly a quarter of last year’s audience, plunging to new ratings lows in early numbers.

Going without a host this year had been part of producers’ efforts to emulate the surprise ratings success of this year’s host-free Oscars (which drew 29.6 million viewers, building from last year’s 26.5 million).

Without a host, the Emmys had banked on viewers tuning in to learn the awards fates of popular series like Game of Thrones, extensively lionized throughout a night that built to the HBO fantasy epic winning Outstanding Drama Series, and Veep, nominated in four categories and losing its surest-fire two, Outstanding Comedy Series and Outstanding Lead Actress in a Comedy Series (for Julia Louis-Dreyfus) to Amazon’s acclaimed British import Fleabag.

But the former’s rabid fanbase, who sent the Game of Thrones series finale to a record-breaking 19.3 million viewers earlier this year, evidently didn’t watch in big-enough numbers to give the Emmys any sort of ratings bump.

Though ratings were down for the ceremony itself, some of the year’s buzziest series walked away with Emmy gold. In addition to earning gold for Outstanding Drama Series, Game of Thrones saw Peter Dinklage earn a record fourth Outstanding Supporting Actor Emmy for his role as schemer Tyrion Lannister on the series. Billy Porter became the first openly gay actor to win a Outstanding Lead Actor in a Drama for Ryan Murphy’s groundbreaking FX series Pose, set in New York’s ball scene. And Fleabag, which became a word-of-mouth phenomenon in its second season on Amazon, triumphed with four Emmys, a feat even more impressive considering that it was up against much-awarded comedy giant Veep‘s swan song season.