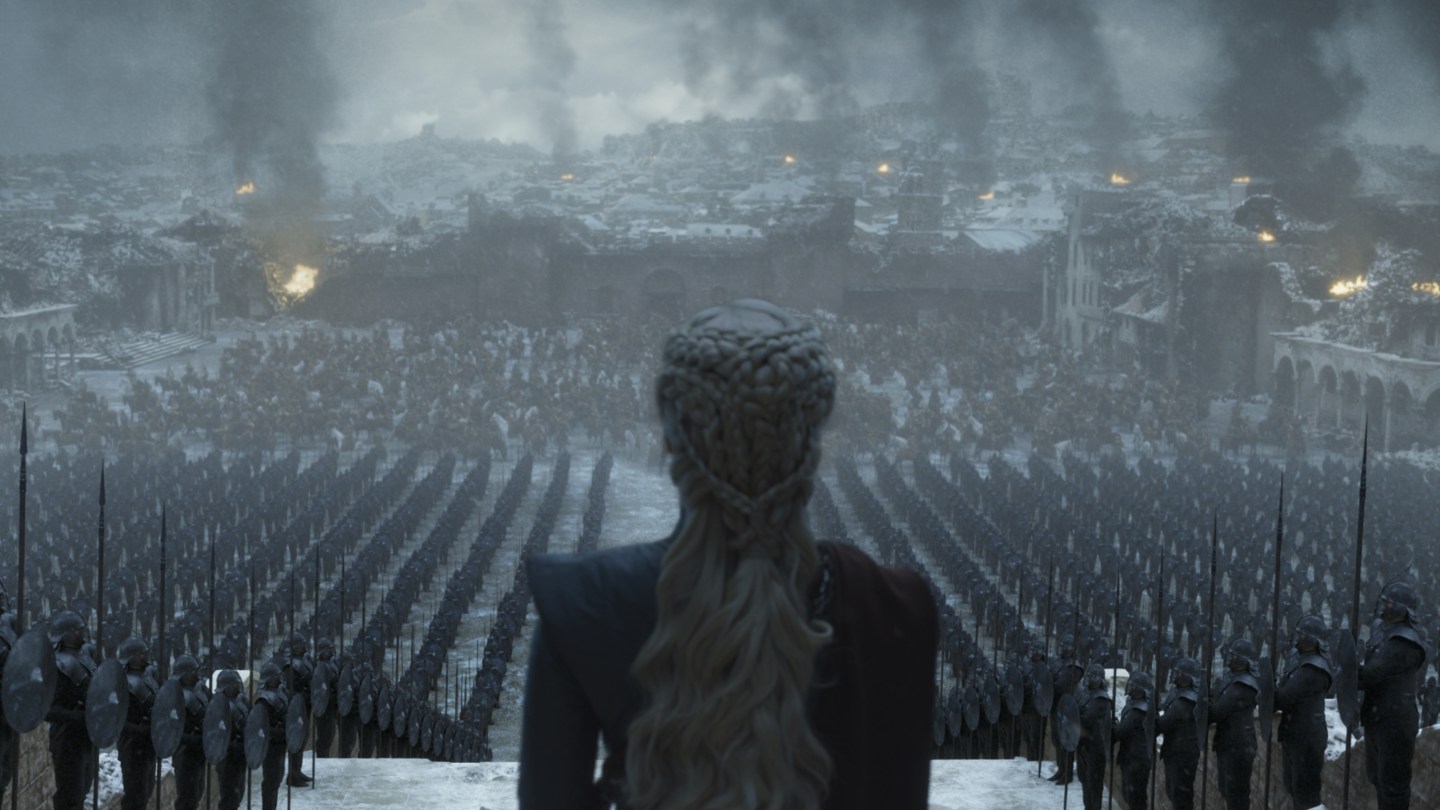 The final episode of “Game of Thrones” drew 19.3 million viewers, a record for HBO and the fantasy drama that became one of TV’s rare collective viewing experiences.

The audience for the medieval-themed show has been climbing, overcoming weak reviews this season and complaints by some fans that the saga lost momentum. The penultimate episode was seen by a record 18.4 million viewers. The episode before that drew 17.8 million viewers.

While those numbers are dwarfed by the finales of past iconic shows like “Seinfeld” or “M.A.S.H.,” they are massive for the premium cable network and the current era, when consumers have far more options for entertainment and can watch virtually any show on demand. For instance, while this season’s premiere of “Thrones” drew an audience of 17.4 million, that number grew to over 38 million once delayed viewing was counted.

Sunday’s total includes HBO’s online services. The network said 13.6 million tuned in for the live TV broadcast at 9 p.m., beating its previous high of 13.4 million for “The Sopranos.”

These days, sporting events or awards shows attract the largest, live audiences. The fact that millions of people tuned in to “Thrones” at the same time speaks to the influence of social media on modern TV viewing. While fans could easily have watched the episode on their own time, they saw it live partly to avoid seeing spoilers on Twitter.

The final season’s twists, including a shocker for leading character Daenerys Targaryen, tested viewers. One fan even posted an online petition to have the season rewritten and got more than 1.2 million signatures. Reviewers also soured on “Game of Thrones” during the second half of the six-episode arc. But even as complaints flooded social media, viewers remained riveted to the show.

TV ratings aren’t as critical to HBO as they are for other TV networks that rely on viewers to attract advertisers. But they do underscore the popularity of “Thrones,” and the challenge that HBO faces in keeping such a large fan base from canceling their subscriptions.

HBO executives have known for a while this day would come, and have been filling their pipeline with ambitious new shows, including a “Game of Thrones” prequel, to keep subscribers happy. Under new owner AT&T Inc., the network is boosting its original programming slate by 50% this year, creating more chances for another blockbuster.

—Why was the Game of Thrones finale blocked in China?

—Why the next Game of Thrones book isn’t coming soon