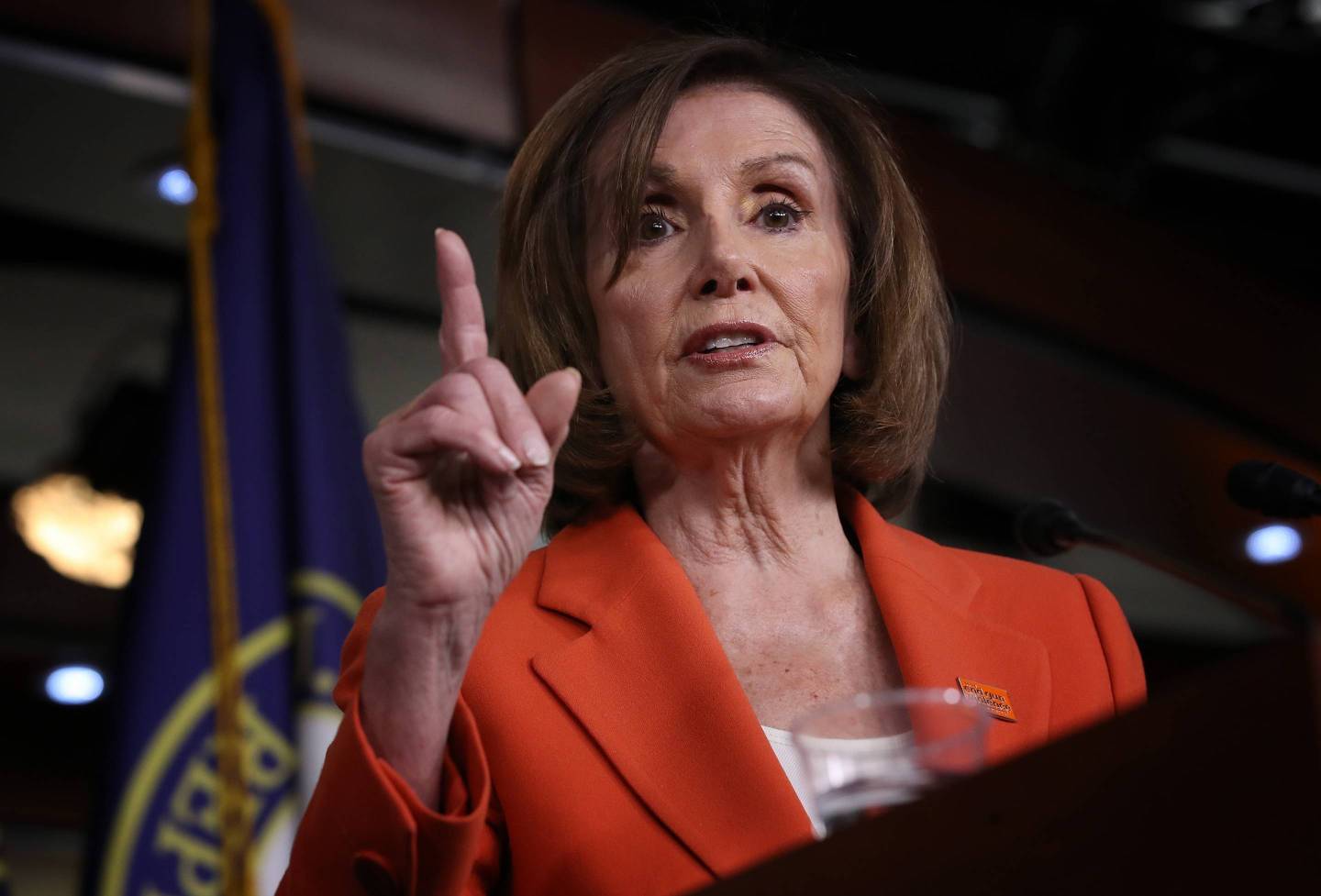 WASHINGTON, DC - JUNE 05: U.S. Speaker of the House Nancy Pelosi (D-CA) answers questions during her weekly news conference at the U.S. Capitol June 5, 2019 in Washington, DC. Pelosi discussed a range of issues during the news conference including a push from House Democrats to begin impeachment proceedings against U.S. President Donald Trump, and Trump’s recent plan to levy tariffs against Mexico in an effort to stem the tide of illegal immigration from the nation’s southern border. (Photo by Win McNamee/Getty Images)
Win McNamee Getty Images

House Speaker Nancy Pelosi gave a bit of a preview Tuesday that she will say something pretty significant regarding the calls to impeach President Donald Trump.

While stopping short of announcing a formal impeachment inquiry of the president, Pelosi gave strong indications about where her mind is at while speaking at an event sponsored by The Atlantic in Washington, D.C.

As she has been resisting efforts to start impeachment proceedings against Trump, Pelosi seems to be having a change of heart amid reports pressured Ukraine officials to investigate the son of Democratic presidential frontrunner Joe Biden.

“It has nothing to do with politics and partisanship. This is about patriotism,” Pelosi said. “What’s sad about it is that the Republicans have not spoken up about any of this and I invite them to join us now that we have gotten to this different place.

“Use any metaphor—crossing the rubicon…the new territory, a new day has dawned—anything you want to say, this is a very serious and a class of its own discussion that we’re having about the conduct of the President of the United States,” Pelosi added.

Pelosi’s comments before her official announcement at 5 p.m. E.T. Tuesday come as now more than two-thirds of the House Democratic Caucus are supporting of an inquiry as Trump’s scandal about his controversial call to Ukrainian President Volodymyr Zelensky continues to grow. Also, at least nine Democratic presidential candidates have formally called for the impeachment of the president.

And, Biden added during a brief speech in Wilmington, Delaware on Tuesday that he would back an impeachment inquiry if Donald Trump keeps “stonewalling” continues obstructs Congress.

The former Vice President flatly said what Trump is doing is an “abuse of power.”

“It undermines our national security, it violates his oath of office and it strikes at the heart of the sworn responsibility of the president, a president has to put national interests before personal interests,” said Biden, who stood in front of a row of American flags.

Trump’s alleged conduct “isn’t a Democratic issue, a Republican issue, it is a national issue. It is a security issue,” Biden continued.

“It is time for this administration to stop stonewalling and give Congress all the facts it needs, including a copy of the formal complaint made by the whistleblower,” Biden said. “And it’s time for the Congress to fully investigate the conduct of this president.”

And, if Trump doesn’t cooperate, Biden said in his view it will leave Congress with “no choice” but to initiate impeachment.

“That would be a tragedy,” said Biden about Trump. “But, a tragedy of his own making.”

Meanwhile, the president tweeted Tuesday that he plans to release a transcript of his call to Zelensky on Wednesday.

“I am currently at the United Nations representing our Country, but have authorized the release tomorrow of the complete, fully declassified and unredacted transcript of my phone conversation with President Zelensky of Ukraine,” Trump said. “You will see it was a very friendly and totally appropriate call. No pressure and, unlike Joe Biden and his son, NO quid pro quo! This is nothing more than a continuation of the Greatest and most Destructive Witch Hunt of all time!”