‘A Tragedy of His Own Making.’ Biden Will Back Impeachment If Trump Obstructs Congress 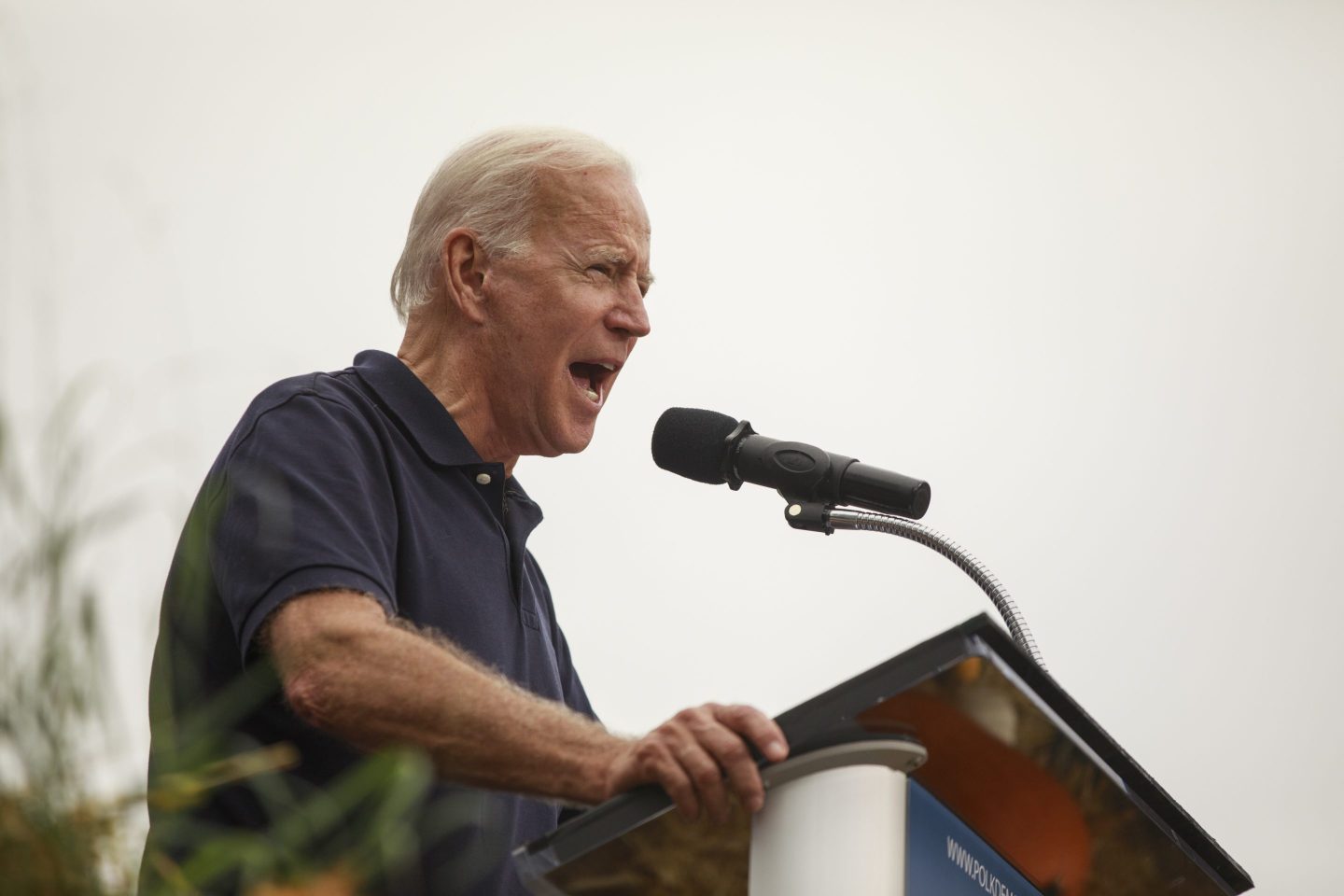 Former Vice President Joe Biden said Tuesday he would back impeaching President Donald Trump if the White House refuses to comply with congressional demands for information about his interactions with Ukraine’s president.

“Congress should demand the information it has a legal right to receive,” Biden told reporters in Wilmington, Delaware. If he doesn’t, Biden said, “Donald Trump will leave Congress no choice but to initiate impeachment. It would be a tragedy but a tragedy of his own making.”

Biden took no questions after making his statement.

Trump said shortly before Biden was to speak that he would release a complete transcript on Wednesday of his July 25 phone call with Ukrainian President Volodymyr Zelenskiy, which is the subject of a congressional investigation. But Trump said nothing about releasing a related whistle-blower complaint from an unidentified intelligence official, despite Democrats’ demands.

Biden’s remarks were his first extended comments about Trump’s interactions with Zelenskiy, in which Trump pressured Zelenskiy to investigate the business activities of Biden’s son Hunter. Hunter Biden was a director of Burisma Holdings, a Ukrainian energy company.

The mood among Democrats in Congress has shifted significantly this week with more lawmakers coming out in favor of beginning impeachment proceedings. Pelosi said she will address the issue later Tuesday.

Elizabeth Warren and Kamala Harris among other Democratic candidates have called for impeachment.

Democratic Representative John Lewis, who has also been reluctant to call for impeachment, said the Ukraine developments had changed his mind.

“I truly believe the time to begin impeachment proceedings against this president has come,” Lewis said Tuesday.

Trump’s call to Zelenskiy is part of a whistle-blower complaint against the president that the administration has so far prevented the House Intelligence Committee from seeing, despite calls from Democrats to release the complaint and transcripts of the call.