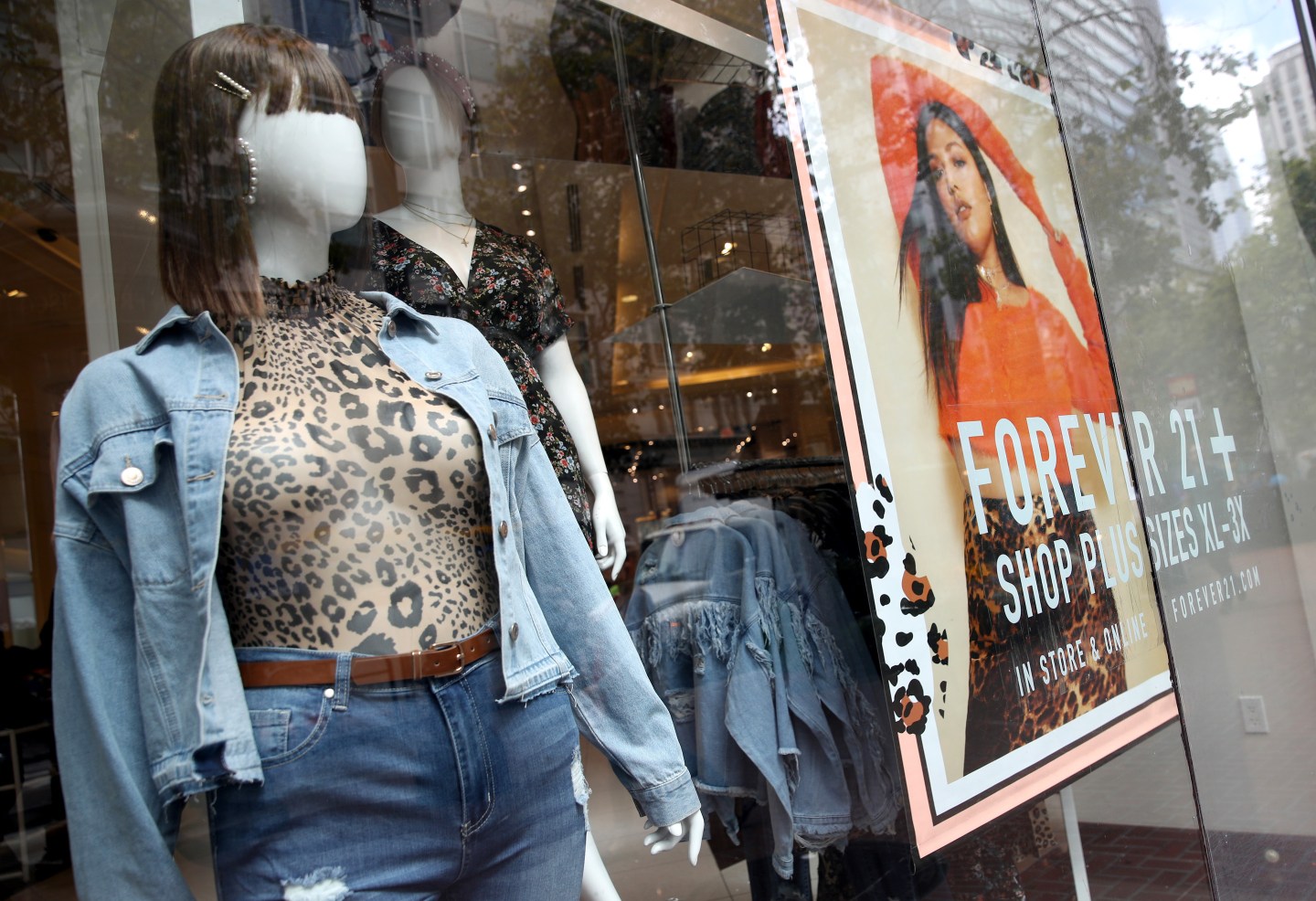 SAN FRANCISCO, CALIFORNIA - AUGUST 29: A view of a window display at a Forever 21 store on August 29, 2019 in San Francisco, California. Forever 21 Inc. is preparing for bankruptcy filing as the fashion retailer is running out of cash. (Photo by Justin Sullivan/Getty Images)
Justin Sullivan—Getty Images

Forever 21 Inc. is preparing for a potential bankruptcy filing as the fashion retailer’s cash dwindles and turnaround options fade, according to people with knowledge of the plans.

The company has been in talks for additional financing and working with a team of advisers to help it restructure its debt, but negotiations with possible lenders have so far stalled, the people said. Focus has thus shifted toward securing a potential debtor-in-possession loan to take the company into Chapter 11, they said, even as some window remains to strike a last-minute deal that keeps it out of court.

Representatives for Forever 21 didn’t respond to a request for comment.

A bankruptcy filing would help the company shed unprofitable stores and recapitalize the business, said the people, who requested anonymity discussing private negotiations. Yet it could also be problematic for the country’s major mall owners, including Simon Property Group Inc. and Brookfield Property Partners LP. Forever 21 is one of the biggest mall tenants still standing after a wave of bankruptcies in the retail sector.

The Forever 21 effect on shopping malls

If the chain were to close a significant number of stores as part of the restructuring, its landlords could have trouble filling the vacancies. Indianapolis-based Simon counts Forever 21 as its sixth-largest tenant excluding department stores, with 99 outlets covering 1.5 million square feet, according to a filing as of March 31.

Co-founder Do Won Chang has been focused on maintaining a controlling stake in Forever 21, which has limited its fundraising options.

A faction of company officials, without the approval of Chang, had asked its biggest landlords to consider taking a stake in the retailer amid a disagreement within its leadership, Bloomberg previously reported.

—At Home rethinks its no-e-commerce strategy
—An argument for sustainable style: Fashionopolis
—Nordstrom tests accepting online returns bought from rivals
—Designer Prabal Gurung asks, who gets to be American?
—Listen to our audio briefing, Fortune 500 Daily
Follow Fortune on Flipboard to stay up-to-date on the latest news and analysis.