At Home Rethinks Its No-E-commerce Strategy 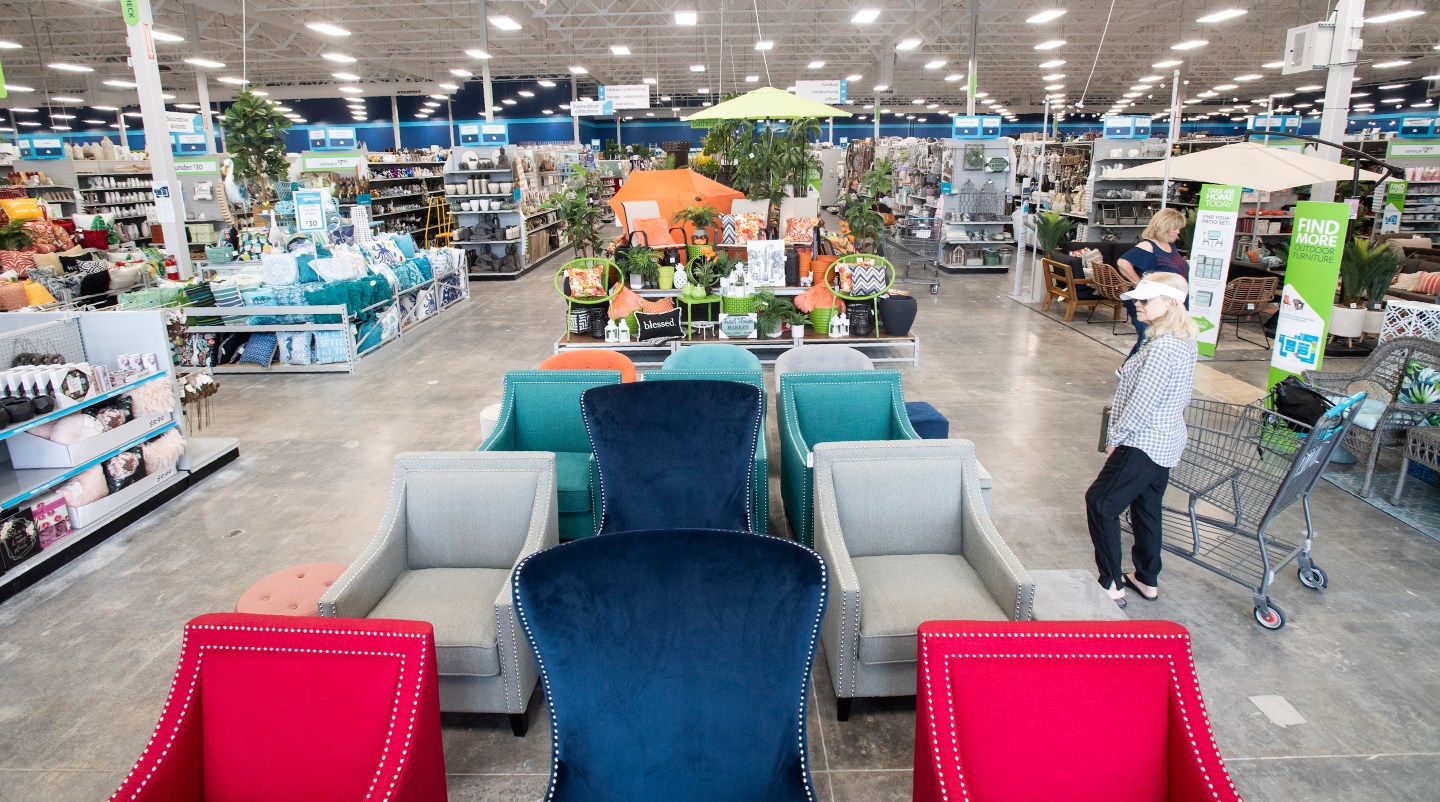 After At Home Group Inc. lost half its market value in one day this June, its CEO Lee Bird decided to reconsider everything at the home decor chain of 200 stores across 40 states.

“This past 90 days has been a revisit of our whole business,” Bird said in an interview. “We obviously lost the faith of our investors.”

In response, the home-goods retailer has slowed its ambitious addition of 400 more stores, which now will gradually open over the next decade. The chain will also revamp marketing to tout what it claims are the lowest prices in the industry. And, crucially, after staying out of the e-commerce fray because the cost of implementation and shipping could hamper profit, the company now plans a full online offering by 2022.

The efforts come none too soon, as a shakeout in retail has left legacy chains struggling to survive the arrival of digital-first competitors like Amazon.com Inc., which has an AR interior decorating feature, and the home decor destination Wayfair Inc., the world’s 12th largest online retailer.

Consumers at all income levels are also more discount-oriented, using the internet to seek out deals. At Home appeared immune to these woes until June 6 when weak sales and increased costs from President Trump’s tariffs on Chinese goods led to a cut in its earnings forecast that hammered the stock.

“A long list of little things have gone against the company,” said Brad Thomas, an analyst at KeyBanc Capital Markets. “A few have been company specific, but it’s more about housing slowing down about a year ago.”

At Home also had little room for error, with its valuation soaring after revenue gained an average 23% annually over the past three years. But investors bolted after the company’s same-store sales fell the past two quarters—the first declines since going public three years ago. The company’s earnings have also missed analysts’ projections twice in the past three quarters.

An increase in value-driven U.S. shoppers should put At Home in a solid position. Much like Costco Wholesale Corp., the chain has a low-cost operating model—it opens stores cheaply in locations vacated by the likes of Sears and directly sources about 70% of its inventory.

That helps the retailer keep prices low, but not enough shoppers were getting the message because of “all the noise” on discounts and deals coming from competitors, Bird said.

Unlike At Home, most retailers employ a model of high-introductory prices and then discounts. At Home uses a pricing model of everyday low prices—a strategy popularized by Walmart Inc., which eschews promotions and instead tries to convince shoppers of constant value. In the low-price home goods space, Walmart is another direct At Home competitor, as is Target.

At Home plans to open 400 new stores, but at a slower pace, while creating its first e-commerce site.
Paul Bersebach/MediaNews Group/Orange County/Register/Getty Images

“The average American is not aware that At Home is a low-price leader,” KeyBanc’s Thomas said.

To help remedy this, At Home for the first time is running regular shopping events every two weeks, often tied to seasonal events. There’s currently a focus on fall decor on its website and in stores. A year ago, the Plano, Texas-based chain would have been highlighting a few specific deals, but not a whole category. Early results are that it’s lifted sales, Bird said.

Besides opening stores, revenue gains will also come from its first push online, he said. In the fourth quarter, the company will test letting customers buy items online and picking them up at stores. If all goes well, more locations will be added next year, with the goal of shipping purchases to customer’s homes from locations by 2022, he said.

Despite the turmoil, the company still sees growing to 600 stores from 200 in the U.S. But it will get there at a slower pace, expanding 10% a year, down from a current rate of 17%. That means it would take more than a decade to reach that goal.

“We know we have a huge white space in front of us,” Bird said. “I feel good about the adjustments we’ve made.”